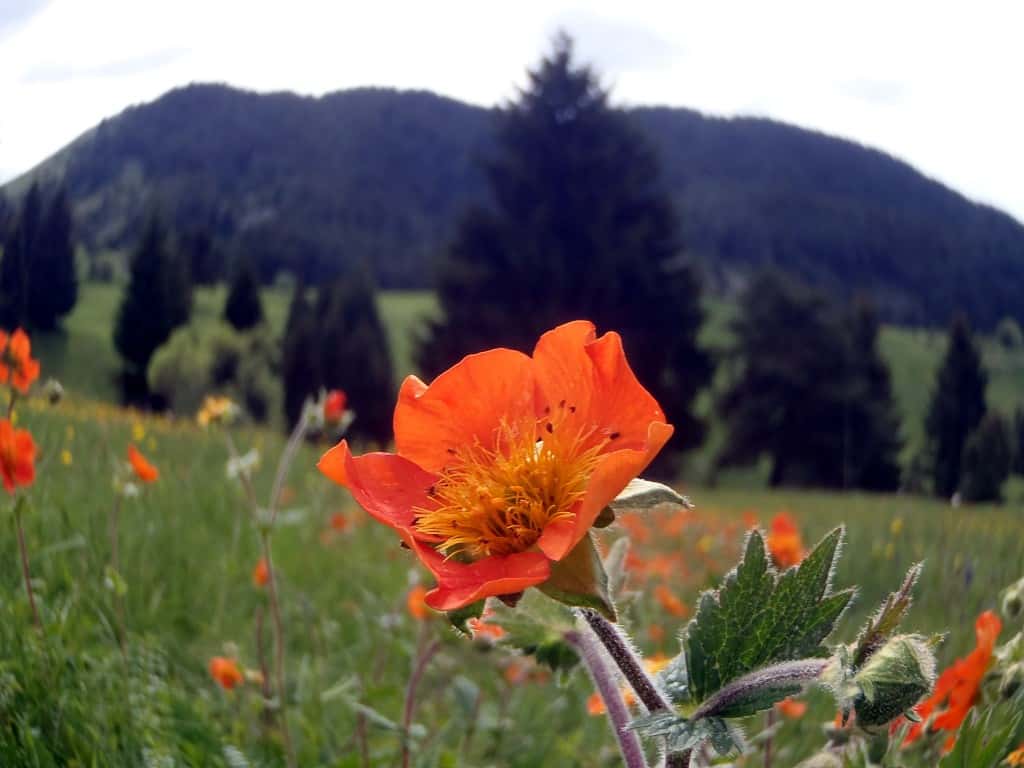 A 4-day walking trip from the village of Shiroka Luka to Yagodina and some other interesting places in the area. 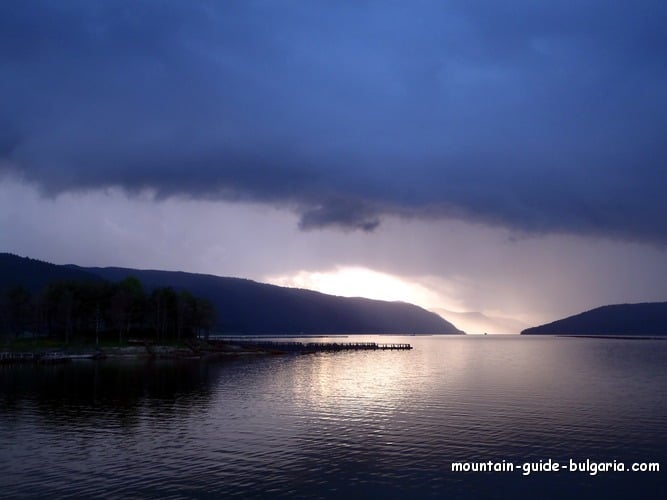 Dospat Dam is located in Western Rhodope Mountains, at 1200 m. height, next to the town of the same name. It is one of the biggest artificial lakes in Bulgaria which is connected to a system of water basins in the area, used to supply a couple of hydro-electric power plants. All the lakes are also popular as recreation destinations – there is good conditions for fishing, camping and water sports, hiking and mountain biking around them. This photo was made right before the big storm on 20th of May. 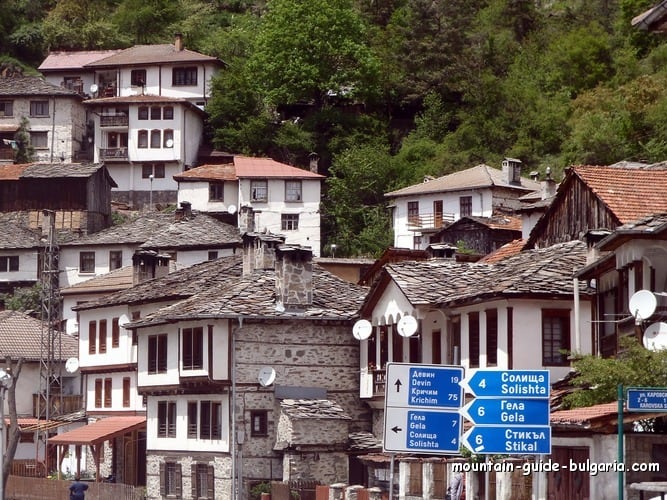 The starting point of our trek: Shiroka Luka village. It is declared as an architectural and folklore reserve for a few reasons. There is many old houses, some more than 100 years old, built in a traditional Rhodopean style of architecture. Interesting detail are the large flat stones, used as a tails to cover the roofs – they are called “tikli”.

Shiroka Luka hosts a unique for the country high school for folklore singing and instruments. It was not established here by chance, but because these mountains are the mother land of the most special Bulgarian folklore instrument – the bagpipe, called here Kaba Gajda. A few annual folklore festivals are organized in Shiroka Luka, including the famous Kukeri festival – dancers with impressive costumes and scary masks on their faces, who fight the Evil, come from all over Bulgaria to meet here every year. 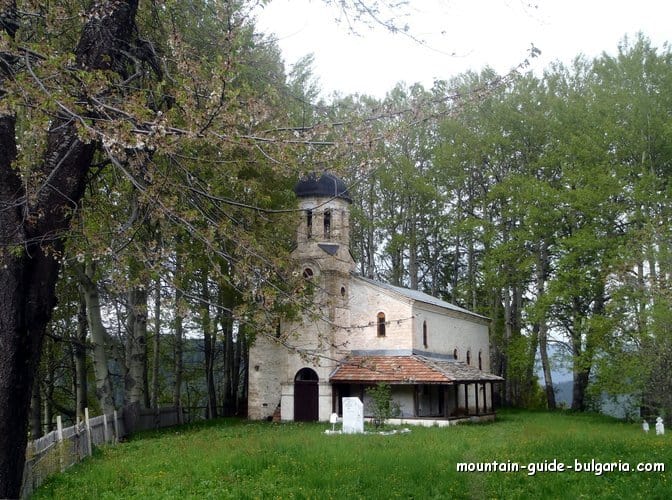 The trail goes up to Gela village and passes near the monastery of Gela. It is called Holy Trinity and was completely rebuilt in the beginning of 20th century on the place of an old monastery.

The village of Gela is situated at the foot of the highest ridge in Rhodopes – Perelik Ridge. It stretches from the east to the west, the highest point of it is Mount Perelik (2190 meters above sea level). There is a military base on the top, so it is not accessible for tourists, who can go pretty close, but not to the top of the top. The biggest town in Rhodopes, called Smolyan, is located south east of Perelik. The ridge of Perelik is seen on the photo, and also a peak, called Turlata, in front of the main ridge. It is interesting because of the ancient fortress that was built on the top of it. 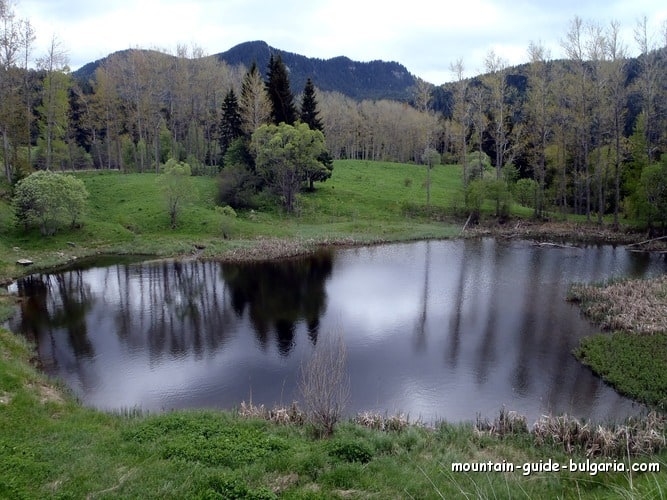 The area of Chairski Lakes (chair means meadow in Turkish) is located between the villages of Mugla and Trigrad in Western Rhodopes. There are 7 lakes in the area, surrounded by mixed coniferous and broad leaf forest and large meadows. Chairite Hut is located next to the lake on the photo, as a big sheep farm.

Mugla is a remote village at height of 1200 m., which occasionally get cut of the rest of the world in winter. The reason is that to road from Smolyan to the village is sometimes damaged by avalanches. It is inhabited mainly by Pomacs – Bulgarians, who converted to Islam during the Ottoman rule on these territories (15-19th century). 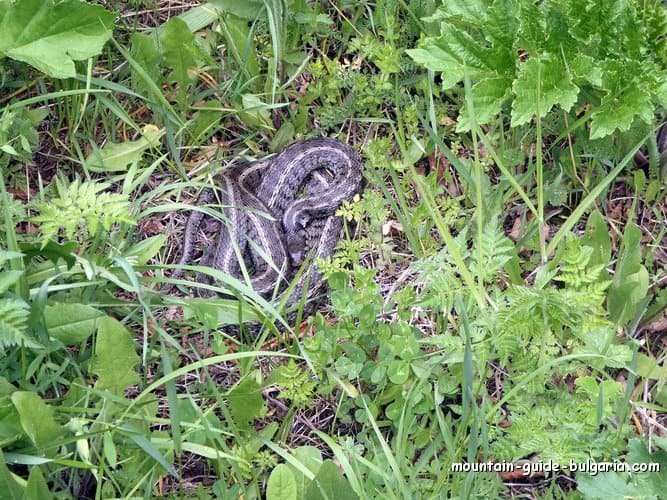 Grass Snake in Rhodope Mountains. During our trip we saw: this snake, another one, that looks as a snake pretty much, but is actually a lizard, called slow worm, roe deer, two foxes, black stork. 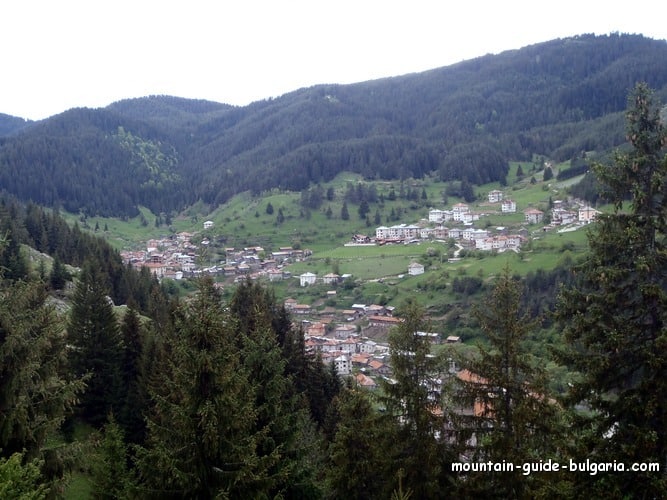 Village of Trigrad (Trigrad means tree towns, or neighborhoods – because they connected and established the modern settlement): it is famous because of the impressive Trigrad Gorge, which is about 1 km away from the village and actually the only asphalt road to Trigrad follows the gorge. With about 300 m. high vertical walls, the gorge was cut by the river for many centuries. At its bottom is the entrance of the Devil’s Throat cave – an underground landmark with an amazing waterfall inside. The water drops from 42 meters height and reaches a huge underground hall.

After spending the night in a local guest house, where is possible to try some Rhodopean specialties, we finished the trip in Yagodina Village. It is located close to the town of Devin and also has its own impressive cave to visit – Jagodinska Cave. It is unique with the richness of cave formations – stalactites and stalagmites and also the prints of humans, who inhabited the caves around here in the ancient times (4 000 years BC). The road goes near the river through the lower, but also interesting gorge of Yagodina and reaches the town of Devin – a locally famous spa center and home of the bottled Devin mineral water.

Read more about the Rhodope Mountains

Connect to us if you are interested in a trip to these mountains.