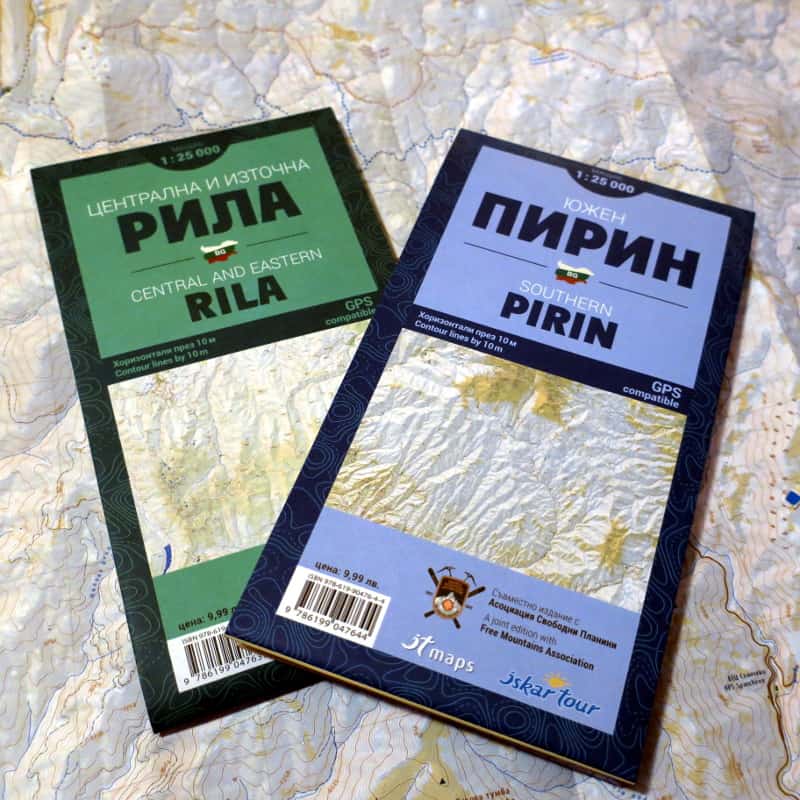 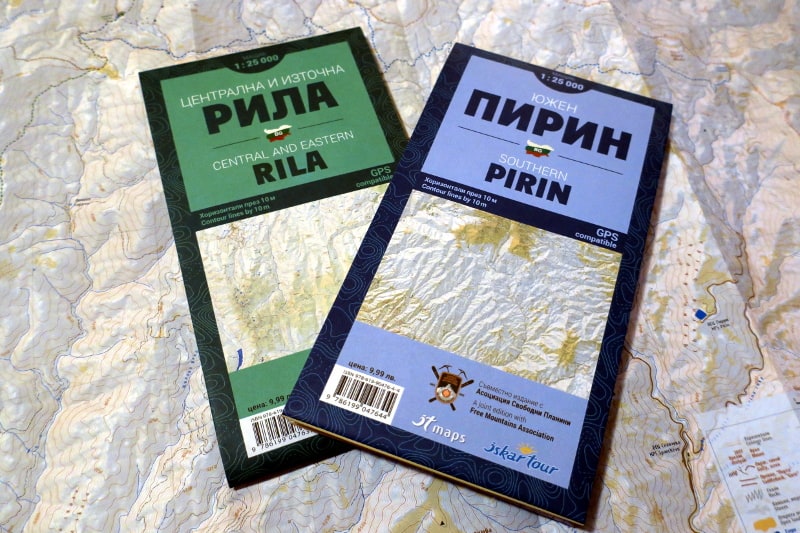 New editions of 1:25 000 maps that cover parts of Rila and Pirin National Parks:

Central and Eastern Rila covers the areas of Mount Musala, Borovets, Belmeken, Semkovo, Kostenets, partially Ribni Lakes and Macedonia huts. This map is a good addition to the 1:25 000 Northwestern Rila Map – together the two maps cover most of Rila Mountains and Rila National Park.

Southern Pirin – the map covers the southern slopes of Northern Pirin Mountains, including, the peaks south of Tevno Ezero Hut, Yane Sandanski Hut, Kamenitza Hut, Pirin Hut, the villages of Rozhen and Pirin, Rozhen Monastery. The map is an addition to the Northern Pirin Map 1:25 000 and they together cover the territory of Pirin National Park.

The maps are issued by Iskar Tour in 1016, the scale is 1:25 000 with contour lines in 10 m. They include 100% transparent PVC pockets and a scale line with a graduated scale, for easy measurement of distance, a graduated scale from 1 decimal arc minute, for easy measurement of geographic coordinates and scale with distance between contour lines, for measure the angle of the slope, in degrees and percentage.