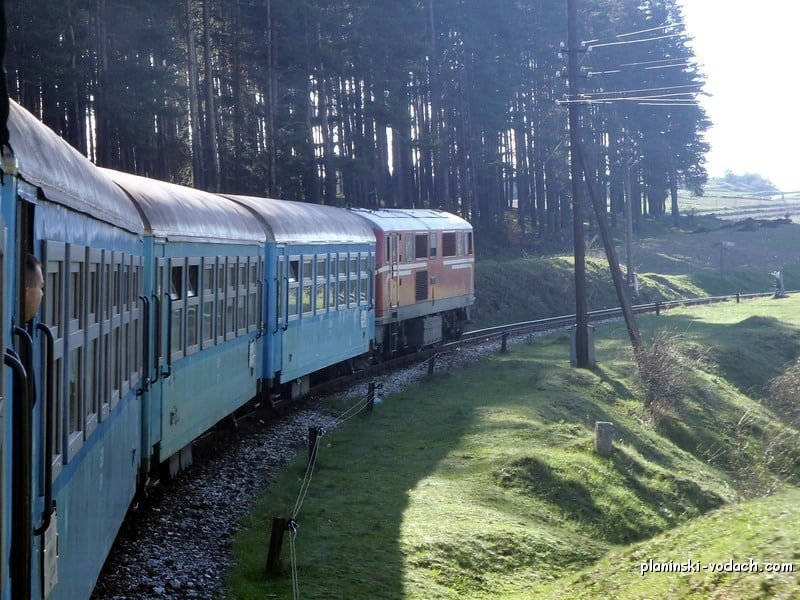 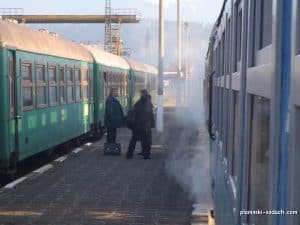 Edit 06.06.2012: According to the last info, the construction works are delayed for 2013, so the trains will run for this summer. Have a nice ride!

The narrow gauge line Septemvri-Dobrinishte will not be operating between June and September 2012. It is closed due to construction works on the bridge near Varvara village. Buses will replace the train during this period.

Although not the fastest way of transportation, this train line is a good attraction. Stretched between the small town of Septemvri, located on the main road Sofia-Plovdiv, and the village of Dobrinishte, next to Bansko and in the foot of Pirin Mountains, this is the only narrow gauge (gauge 760mm) line still operating in Bulgaria. It connects the villages of Velingrad, Razlog, Yakoruda and Bansko as many other smaller settlements, located in the Rhodope Mountains. 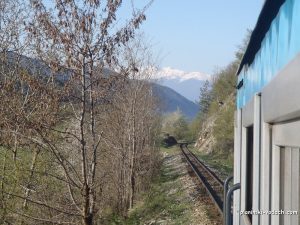 Known as the “Alpine” train due to the high mountain terrain it crosses, it was built with a lot of efforts in the period 1924-1945. The original idea was to connect the towns of Septemvri and Gotse Delchev, but the last station built in this direction is Dobrinishte station. Because of the pretty complicated mountain terrain the ride of 125 km still takes about 5 hours nowadays. On this line is located the highest rail station on the Balkans – Avramovo station (1267 m.above sea level), placed between Rila and Rhodope Mountains.

The ride is interesting not only because of the great views to Rila, Pirin and Rhodope Mountains but also because it is still live link between the inhabitants of the remote rural areas on the way and the rest of the world. The narrow gauge line can be used as a transport to the starting point for many hiking and mountain bike trips in all these areas.