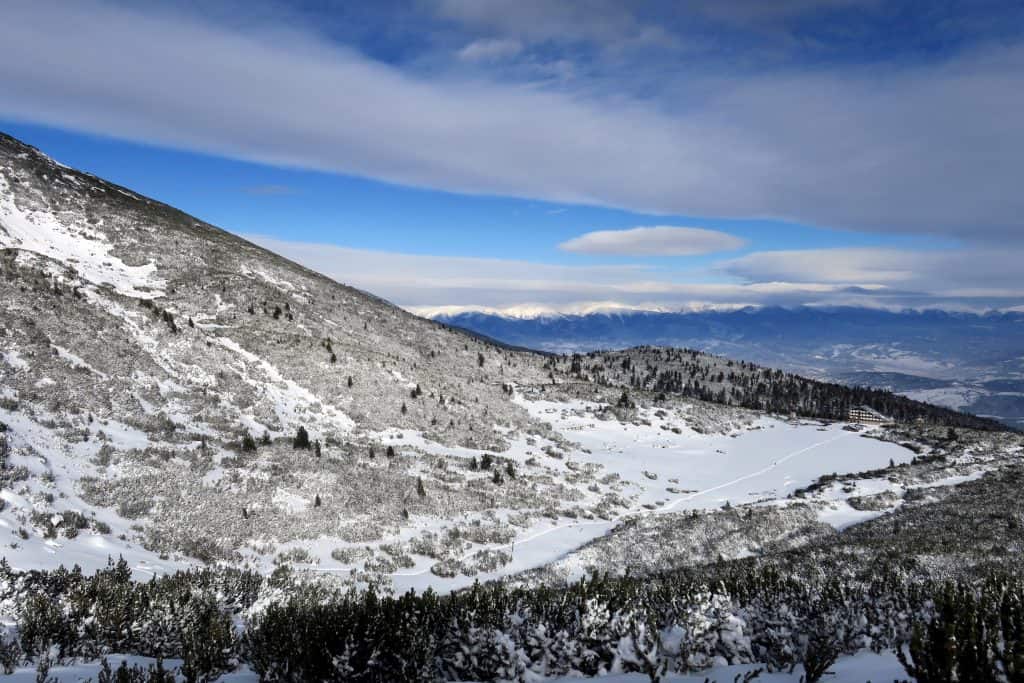 Unlike the winter of 2015/2016 which was very poor in terms of snow, the 16/17 season in the mountains of Bulgaria starts properly. While the 2016 celebrations of the World Snow Day (Jan the 15th) were one of the saddest scenes ever seen in the ski resorts here, because of the lack of snow, this year the mountains of Bulgaria received more than a meter of new snow since the beginning of 2017 and Jan 15th was a proper snow day:)

The situation down the valleys was nearly catastrophic for a couple of days last week, with main road connections closed until cleared, cars buried under the snow and people stuck on the road, different other infrastructure problems. The snowfalls were mainly in Northern Bulgaria and  the Balkan, Vitosha,  Rhodopi and Rila mountain ranges received most. Pirin Mountains, lying on the most southwestern parts of the country, did not benefit that much and paradoxically the town of Bansko, which is located down in the valley north of the mountains, received more snow than the mountain itself. 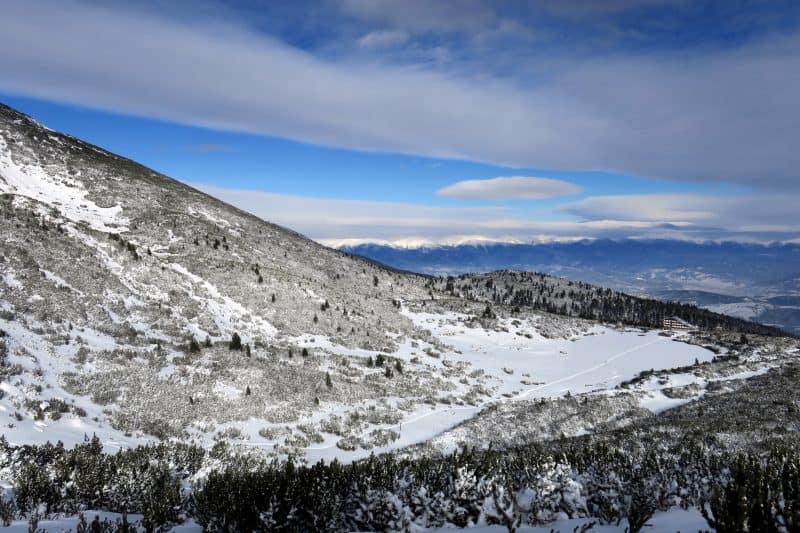 Pirin Mountains, Bezbog area, Jan 12th (Rila Mountains in a distance). The pine scrubs are still not properly covered (the slope on the left is usually fully skiable in winter). The new snow is between 60-100 cm – sinking up to the hips at some moments. Whumpf sounds and propagating snow even on around 30 degree slopes.

The heavy snowfalls were combined with really low temperatures (up to -20C), which was good for preserving the snow cover even in the lower areas. The main ski resorts in Bulgaria – Bansko, Borovets and Pamporovo – are now functioning and offer good to excellent on-piste skiing conditions. Some smaller resorts, like the Dobrinishte/Bezbog area, Semkovo, Kom, Malyovitsa, etc., which could barely function last season because of the lack of snow, are now operating.

The off-piste riding is still very limited, especially in Bansko/Pirin Mountains area. After the last 40-50 cm  dump form 18-19th of Jan (actually the first real powder day in Pirin for 2017) some of the forests were already skiable, but with a risk to hit a rock or a route under the deep new snow, as it was nearly the first snow layer into the forest. The pine scrubs in the higher parts of the mountains are still not covered properly, another snowfall will do the job. Most fun was near the ski pistes and on the pistes that were not groomed. Rila has received a bit more snow and has a better base layer of snow, so generally the off-piste skiing conditions are a little better there for the moment. The main risks are associated with traumas because of hard objects not well covered by the snow and also with the possible avalanches in the higher parts of the mountains. 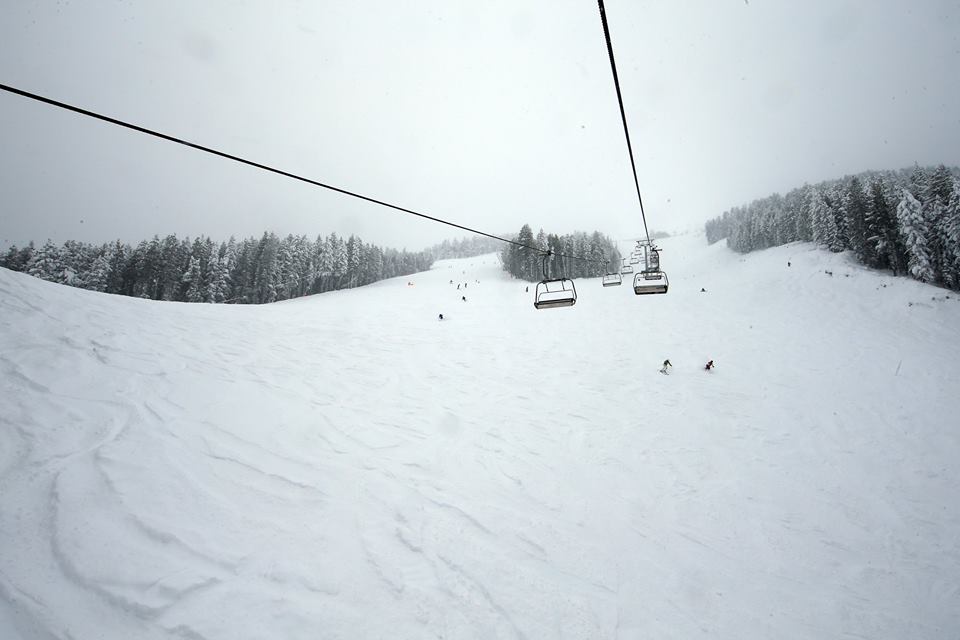 The avalanche risk levels are high right now, with a lot of new snow blown by the winds on different exposures, low temperatures that slowed down the stabilization process and deeply buried week layers of snow near the ground level. There is no official avalanche bulletin in Bulgaria yet, but the reported levels of avalanche risk in Rila, Pirin Vitosha and Balkan Mountains for the last weeks constantly vary between levels 3 and 4, depending on the elevation, steepness and the exposure of the slopes. Here are videos of some tests (Extended Column Test and Compression Test) performed in the Rila Lakes area on 15th of January:

Unfortunately about a  week earlier, on 6th of January, a snowboarder lost his life in an avalanche in the same area. Human triggered or spontaneous avalanches were reported for the last couple of weeks in Vitosha and Rila areas, also at least two human caused avalanche accidents without fatalities or serious injury. 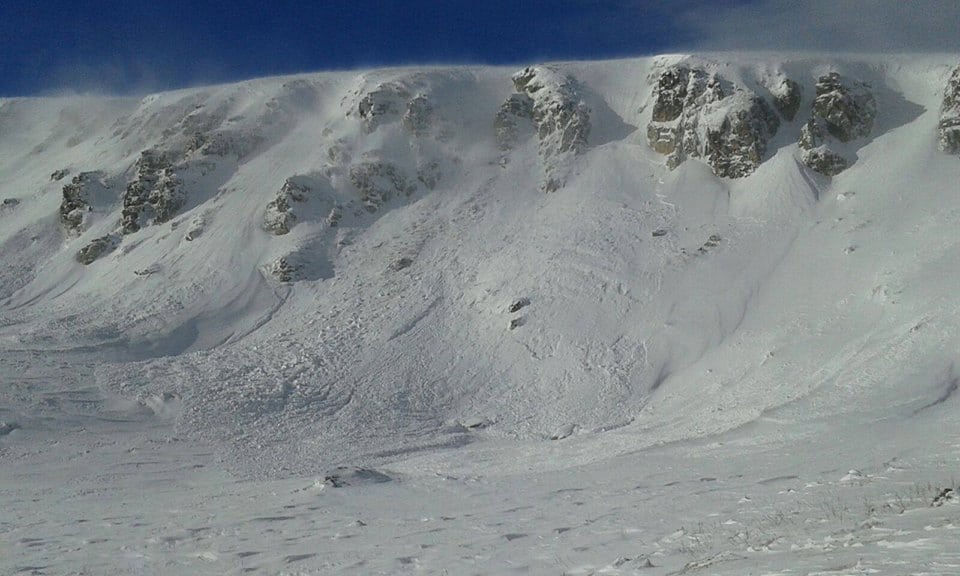 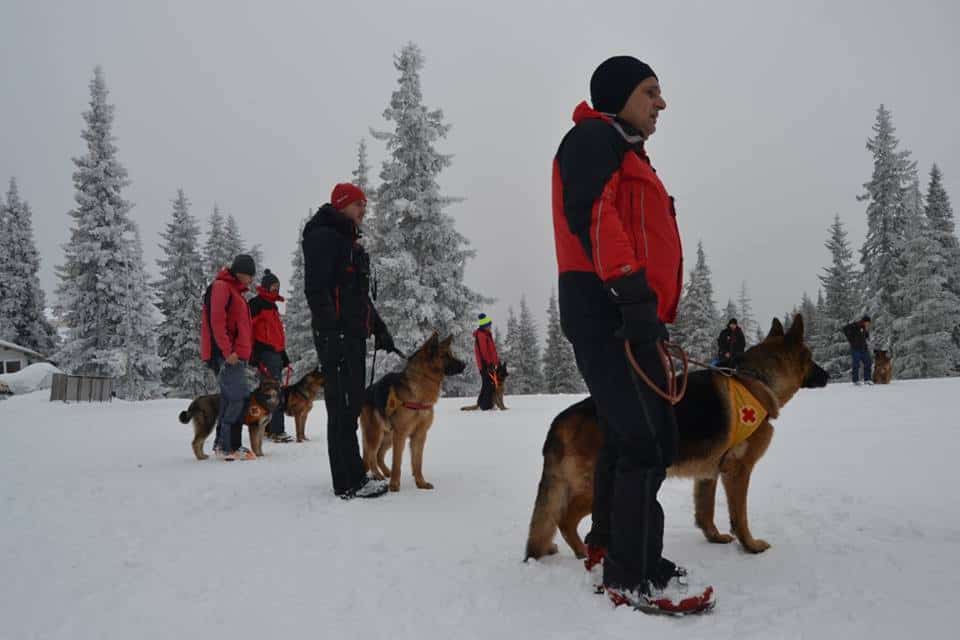 The forecasts predict new snowfalls and cold weather coming next week, which will improve additionally the snow cover, but will probably not really allow the snow pack to settle down properly.

The conclusion – we are hoping to have a good ski season in terms of snow cover, with nice conditions for ski touring and off piste in the next months of February, March and April. The conditions are limited for the moment, with partly insufficient snow cover (in the forests and the lower parts of Pirin Mountains mainly) and high avalanche risk on the open slopes above the tree line. While we expect that the snow cover situation will most certainly improve after the next snowfall or two in a week, the avalanche risk levels will probably remain high for a while.