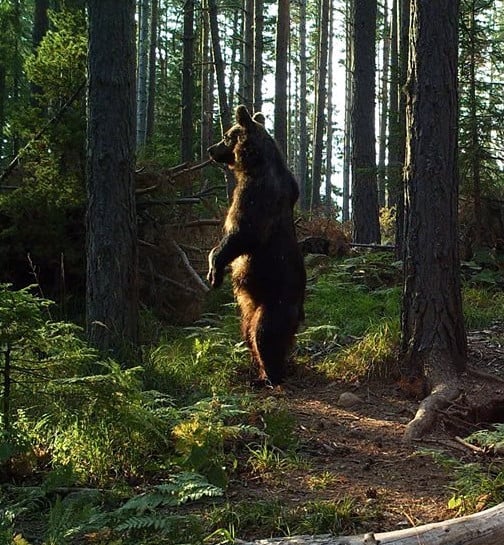 Everywhere on the Earth, the wild nature is in danger mostly because of the actions or inaction of all of us. In the course of the centuries different kind of wild species extinct entirely and this is a great loss for all of us which cannot be filled up. In an effort to reduce the extinction of the threatened and rare representatives of the wild life, every country defines protected areas, like the reserves or natural parks. The natural treasure of Bulgaria is preserved in 3 national parks, around 90 nature reserves, more than 500 protected areas and 11 nature parks. The relief and the excellent locality, make this country home for great number of animals and plants. Here live nearly 110 species of mammals, more than 400 species of birds, 37 species of reptiles, around 30 species of amphibians, 214 species of butterflies and many more – which is pretty amazing, considering the small territory of Bulgaria.

There is a popular proverb in Bulgaria, which says that “If you are afraid of bears you shouldn’t go in the forest”. We can consider this proverb as advice because Bulgaria along with Sweden, Finland, Russia and Romania is one of few countries in Europe with substantial and stable population of brown bears. According to unofficial data the Rilo – Rhodope massif and the Balkan Mountains are inhabited by nearly 700 specimens. The brown bear lives in woodlands. Although it looks clumsy, over short distances it can run at a speed of 45 km/h. It lives singly and very rarely in pairs. Outside it looks kindly but it can very quickly fall into a rage. The mass of the adult is between 100 and 350 kg. Body length is 1.50 to 2.50 m. Their main food is vegetarian – berries and fruits – a collecting food takes a good amount of time in their everyday life – something between 6-7 hours a day. In Bulgaria, the brown bear is an endangered specie and is placed under protection.

If you are hiking in the highest parts of Central Balkan or Rila National Parks it is possible to meet traces of the largest terrestrial predator in Bulgaria. Bears will usually find you before you find them and will do everything to avoid an unexpected collision as generally they are afraid of people. Despite that, some safety measures are not unnecessary: Take into consideration that when you move into a “bear” area, you need to talk, sing, whistle or tapped so the bear could hear you from at least 30 meters. If you move quietly, you may find yourself in the privacy of the bear and startle it. If the animal feels increasingly threatened, it can go through you. Usually the largest damage is bruising, some scratches and of course the intense fear. The Bears do not like to be as “trapped.” If you’re blocking the only escape route, it might go through you. Quickly hide behind a rock or a tree trunk and give it free pass. The lack of reaction and movement, causing the bear to believe that the threat is over. So if you are broken down, just lie on your belly or into a ball, cover your neck with your hands and do not move until the animal withdraws!

As we speak about giant animals we cannot miss the largest mammal in the Black Sea – the Mediterranean monk seal. The seal looks big and clumsy animal (with its length of 230 to 430 cm and weighing up to 400 kg) and it hardly moves on land, but in the water is its kingdom. It is called “monk” because of the secretive and secluded way of life, today it is not only one of the rarest species on Earth, but also one of the most endangered. It disappears massively from the Bulgarian coasts in the 80’s of the twentieth century and as a whole from the Black Sea – in the mid-90’s. Since then individual animals are infrequently encountered on Bulgarian coasts and the last observation was around the Maslen Cape, near the town of Primorsko. The late sexual maturity, low numbers, the disappearance of habitats and the man with his actions led this kind disappear from the face of the Earth.

If you are a fan of the ornithology your place is definitely in Bulgaria. Located at the crossroads between Europe and Asia, Bulgaria is one of the best European destinations for bird watching, with its 114 IBAs. The country is crossed by the two of the major migratory routes in Europe – Via Pontica and Via Aristotelis. Bulgaria has more than 400 bird species and that makes it one of the best places on the continent for bird watching. Here you can see more than half of the bird species typical of Europe as a whole – even species that can be found mostly in the desert and others which live too far north. In order to protect the rare and unique birds, in Bulgaria are founded many different natural reserves, which makes a perfect environment for living and nesting. Around 14 of the globally threatened birds can be seen here, like the Egyptian Vulture (the fastest declining bird of prey in Europe, it occurs mainly in the Eastern Rhodope Mountains), the Imperial Eagle ( only 26 pairs remained from the most numerous birds of prey, nesting even in Sofia field, and now occurs almost exclusively in Sakar Mountains and Western Strandja Mountains), Dalmatian Pelican (nests only in the Srebarna Nature Reserve, wintering in the Burgas lakes and some dams in South Bulgaria) and many more.

The small territory of Bulgaria gives shelter to many more representatives of the wild flora and fauna. The rarest and unique ones are included in the Bulgarian Red Book of endangered species defining these, which need to be urgently protected. No matter what restrictions and measures are taken, the greatest responsibility is lying upon the shoulders of all of us and we need to protect the Nature and keep it for the future generations.