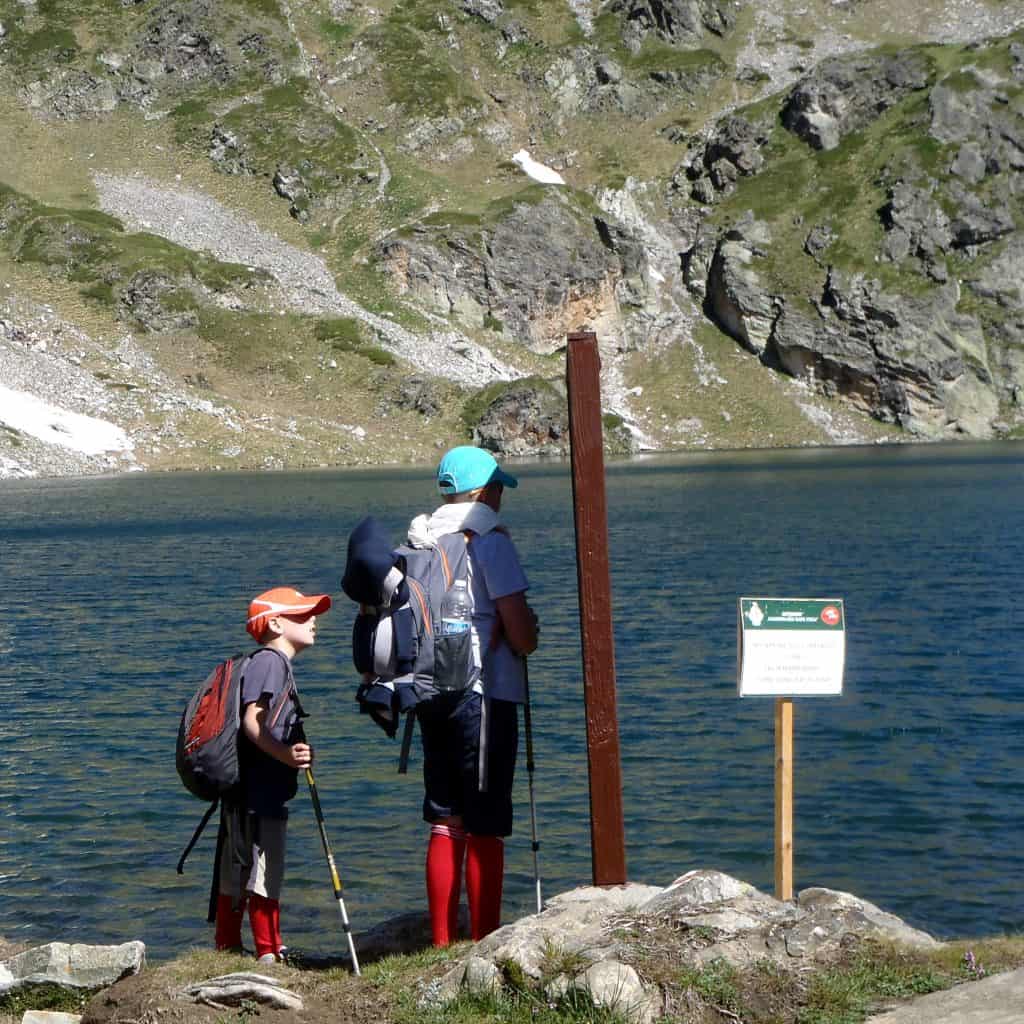 The mountains in Bulgaria are covered by an extensive network of marked trails which gives opportunities for a huge number of variations of routes. Another question is the maintenance of this infrastructure. These, together with the mountain huts and shelters, were developed during the Communist period when activities like hiking were officially encouraged as a good way for the masses to spend their free time, instead of thinking about rebellions and so on. Lots of money was put into this and a special organization used to take care for the huts, the trails and the markings, which is a very important safety issue. 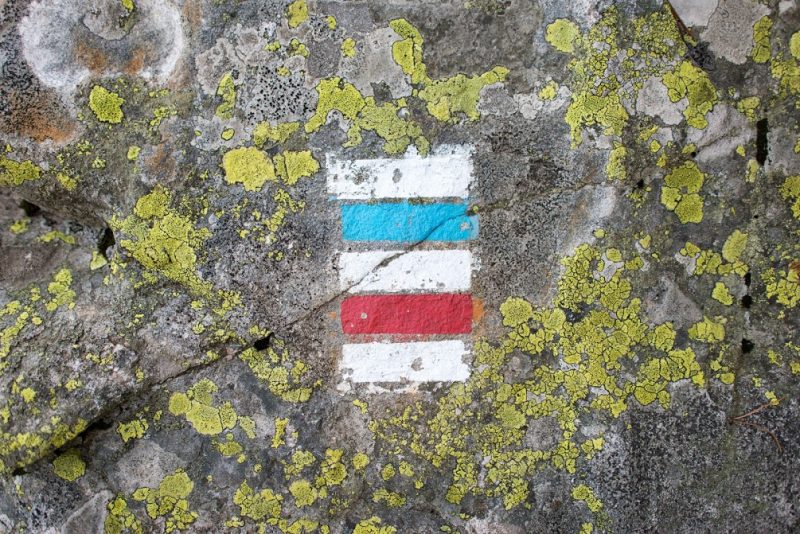 Summer type of markers – the different colors show different routes, also represented on the map with the same color line

This is not longer like that, actually for the last 20 years this job was done mainly locally. That means one – most of the trails, especially in the national and nature parks and the most popular routes are in a very good condition, well marked and signposted, but not all of them. And because the maps show only the routes and not their condition, you should be careful and research the real status of a certain trail, when planning – especially if you want to visit more “off the beaten path” places. Some routes made for the last decades in Bulgaria, the so called improperly “eco-trails” are notorious with the bad maintenance and can be not only unpleasant but dangerous.

There is an important distinction between summer and winter types of markings. The summer trails are made to follow the easiest way – sometimes they cross places that can be avalanche prone in winter – steep slopes, gulleys, etc. They are marked with signs, usually painted on a stones, trees or plastic labels. These markings look like three 10 centimeter long horizontal lines – the border ones are white and the middle one can be red, green, blue or yellow. The middle color is the important one as it shows a definite route that is also represented with the same color in the maps and boards at the huts or entrances of a particular area. Similar markings (with longer lines) in black or red color are used for other purposes (forestry or setting border of a protected area) and they do not show a tourist route. 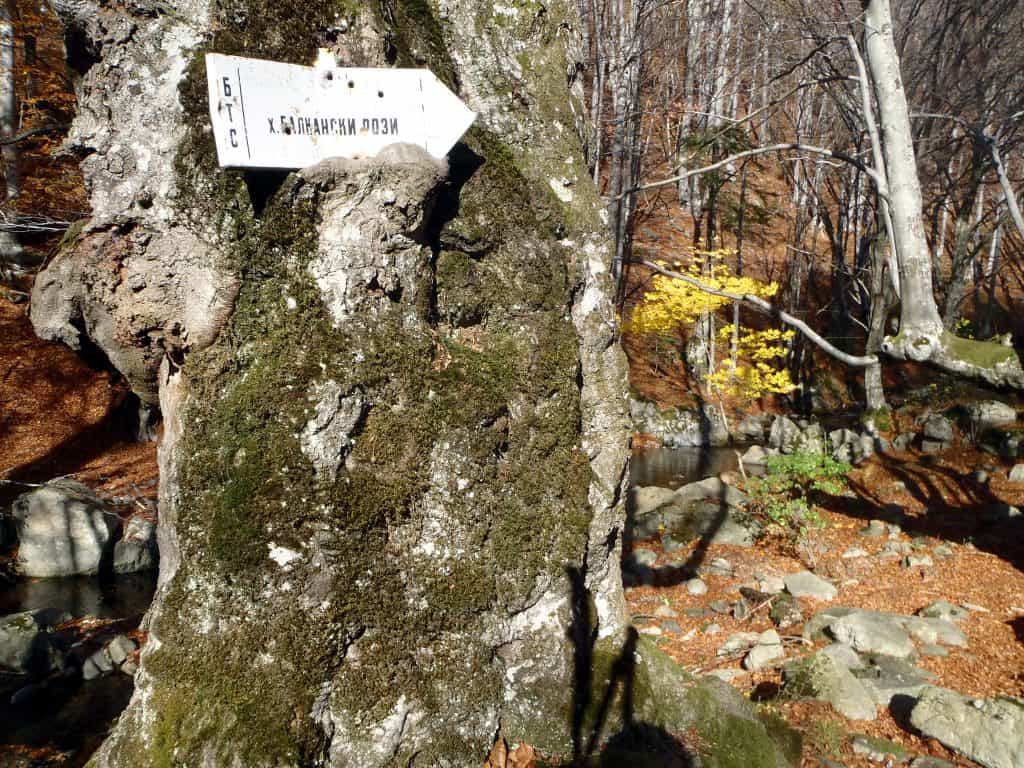 The winter waymarks are simply iron posts, painted in black and yellow (on some of the routes they also have a small labels on the top with azimuth coordinates to the next poles) which usually follow the ridges, showing an avalanche safer way in winter. Safer, but not absolutely safe – this also depends on the moment snow conditions and your personal knowledge.

In many areas you can also see the well known all around the world stone cairns – small piles of rocks, made by the walkers. They would usually show some alternative or unofficial ways – very often the way to a certain peak or lake on the side of the main route. As far as they are made by whoever passes, one cannot rely only on them, especially in low visibility conditions. “Unofficial way” means that there are restrictions in the national and nature parks, reserves and water catchment areas, and it’s forbidden to walk outside the marked routes. Very often this is impossible, especially in winter, and at the moment in many areas (but not everywhere!) the control of keeping these regulations is left mainly on the conscience of the hikers.