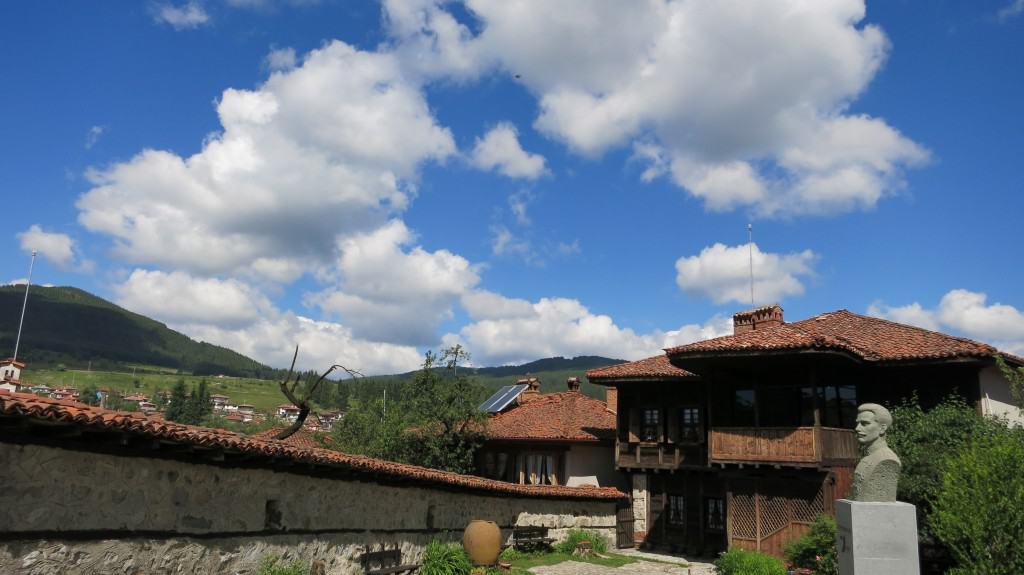 Koprivshtitsa (or Koprivshtitza, Копривщица) is an amazing Bulgarian village everyone should see. It is an official local architectural and cultural reserve. The historical value of Koprivshtitsa is huge, because the village keeps numerous buildings, monuments, museums and other similar sights that represents the fascinating and extremely intriguing period of Bulgarian National Revival. The village of Koprivshtitsa is situated in a charming region, where the beautiful nature meets the old-fashioned, but very interesting and yet preserved cultural customs, tasty cuisine and fantastic atmosphere that is always accompanied by the well-known local hospitality. Koprivshtitsa is placed in the very impressive heart of Sredna Gora mountain range. The village is only 110 km away from Bulgarian capital of Sofia and 90 km away from Plovdiv – the second largest town in Bulgaria with ancient history and 7 hills that form the entire place. The nearest popular cities are Pirdop and Strelcha. Meanwhile, there are many other amazing villages and towns near Koprivshtitsa you can also go to in case you have a longer vacation here. On mandatory, consider Sopot, Kalofer, Karlovo and Klisura.

Koprivshtitsa is reachable via car, which is one of the most preferred means of transportation due to the plenty of landmarks and other historical villages or small towns you can stop to see during your journey. On the other side, Koprivshtitsa is also the starting point to the highest peak in Sredna Gora – Bogdan peak that is popular with its magnificent landscapes, charming nature and possibilities to gather herbs and mushrooms around. If you prefer to use public transportation, there are buses from Sofia and Plovdiv. Use the Central bus station in Sofia – next to Traffic Market – to get a ticket to Koprivshtitsa. The lines are usually twice or three times per day. There is also a bus line from Plovdiv once per day and the buses depart from Filipovo North Bus Station. Last, but not least, Koprivshtitsa might be also reached via a train. The nearest train station is only 8 km away from Koprivshtitsa – between Pirdop and Karlovo lines. Train schedule for Koprivshtitsa should be checked before the departure, because they are constantly changing as to the exact peak times during the day. 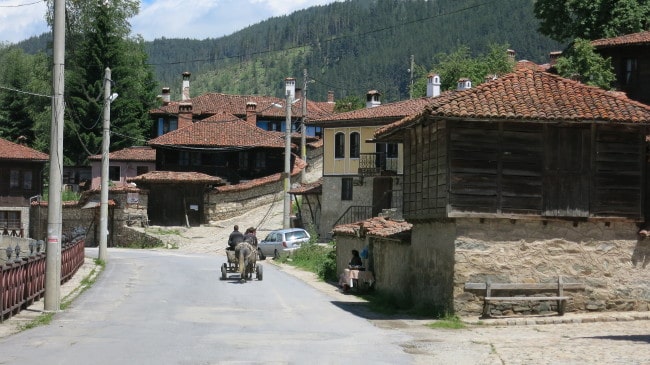 Once you get to Koprivshtitsa – regardless the means of transportation you use – you can prepare for a remarkable journey back to 18th and 19th centuries. This is one of the most loved place for Bulgarians, because traditions are saved. The big amount of museums here are actually old houses – renovated in a modern approach – from Bulgarian National Revival. Most of these houses were owned by reputable and honoured local people. The most impressive old houses in Koprivshtitsa that should be definitely discovered are The Oslekov House from 1856th year (owned and built by wealthy merchandiser) with typical authentic decoration in embroidery style, which was very popular during this historical era, Lyutova House Museum or the Topalova House, which was built back in 1854th year by a very kind to all Bulgarians during Osman Slavery tax collector, The House of the national revolutionary activist Todor Kablehskov and many others. All of the preserved retro houses in Koprivshtitsa are either turned into museum with all of the curious lifestyle items like furniture, musical instruments, entire wineries and barns, or transferred into places, where famous old-fashioned crafts are regenerated. Here, in Koprivshtitsa you can become a witness of carpet manufacturing, pottery, bio food preparation and many others.

Traditional Revival houses, though, are not the only spectacular things you can see in Koprivshtitsa. There are dozens of old churches made in 17th, 18th and 19th centuries – Assumption of the Blessed Virgin built in 1817 as a replacement of another ancient, but ruined Christianity temple – Saint Nikolay Cathedral with brilliantly made murals on Different topics from the Holy Bible.

In short, Koprivshtitsa hides sights from centuries, from different eras and even from the very first epochs of Bulgarian people. Thus, there are more than 40 walls with numerous origins. Some of them even come from Roman epoch and their strength impresses the tourists even now, in 21st century. The village is also the birth place of many Bulgarian legends from different fields – including the big revolutionary activity during Bulgarian National Revival, poets, musicians and education activists – Lyuben Karavelov, Dimcho Debelyanov, Georgi Benkovski and etc. What makes people recall at first, when they hear of Koprivshtitsa is that here was the first made shot in April Rebellion that aimed the liberation of Bulgarian people from Osman Empire. But the history of Koprivshtitsa, actually, begins in first years after Bulgaria had become part of Osman Empire – in 1371 year. The rumours say that the village was formed by refugees that originated from wealthy and well-known families. During the Empire Osman slavery Bulgarians situated the main revolutionary and education activities here. Much later, in 1952nd year, Koprivshtitsa was made in city-museum, while in 1971st year, the village becomes an official Bulgarian architectural and ethnographic reserve.

Gathering the beauty of Bulgarian nature and the national cultural and historical remains, Koprivshtitsa is a real architectural masterpiece that ca be determined as one of the most impressive ones in Balkans. 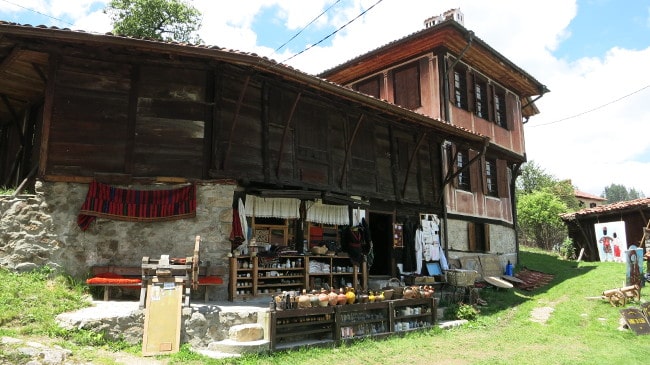