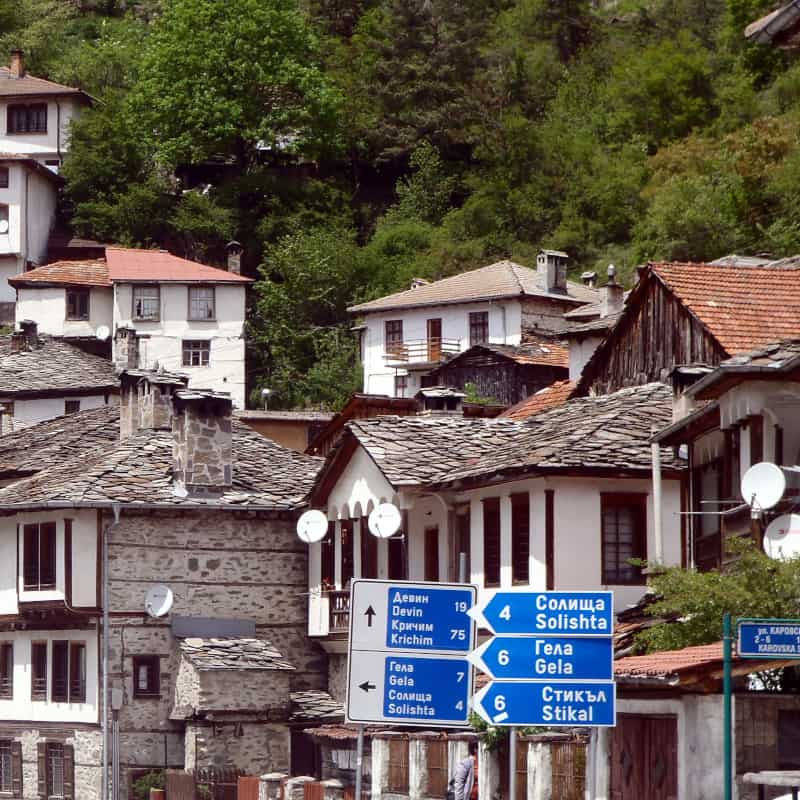 The village of Shiroka Luka (Широка лъка in Bulgarian) is situated in Western Rhodope Mountains, on the road between the towns of Smolyan (23 km) and Devin (19 km). It is also 16 kilometres away from the ski resort of Pamporovo, on the north foot of the highest ridge of Rhodopes – Perelik Ridge and south from Chernatitsa Ridge. The village is located on the both sides of Shroka Luka river at 1050 meters above sea level.

Shiroka Luka was found in 17th century and has now become one of the main tourist destinations in Rhodope Mountains. The village has preserved its architecture from the Bulgarian Revival Period and is now an architectural reserve that preserves more than a 100 years old houses, built in an authentic Rhodopean style. The name “Shiroka Luka” has two meanings: large meadow or large curve (of the river).

In the past, the local builders were famous throughout Bulgaria. The old houses have all the common elements of the Rhodopean architectural style – they are two storey-buildings with bay-windows and an internal wooden staircases. Rooms are large, with wooden couches against the walls and tiny windows. The representatives ones are Grigorovska House, Sgurovska House and Uchikovska House. 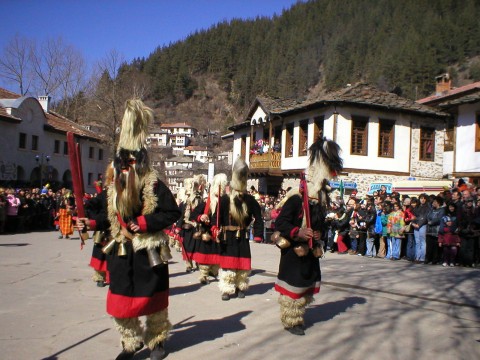 Shiroka Luka is also famous with its traditions in folklore music and dances. Rhodopes in general are well known with their unique folklore music and songs and some of the best singers and players were born in the area of Shiroka Luka. The music instrument, symbol of the area, is the bagpipe. The National School of Folk Arts was established in the village in 1972 – it is one of the only two schools of that sort in Bulgaria, the other one is located in the town of Kotel, in the foot of Balkan Mountains.

Every year, on the first week of March, the village hosts a very special festival, called Kukerski Festival or Pesponedelnik. During this event folklore groups of dancers, called “kukeri” come here from all over the country to perform their special dances that scary the evil around the world – both from the houses and from the people’s souls. For that purpose the dancers are dressed in the most scariest monster costumes, armed with wooden weapons and with heavy bells hanging from their chests that bang on every move. The mummers are adorned with garlic, beans and peppers.

Another traditional festival (these are also called “subor” in Bulgarian) held  in the village of Gela every August. The village is situated higher in the mountains above Shiroka Luka, in a beautiful area at 1500 m., nearby villages are Solishta and Stikul. During this event  one can hear some of the best bagpipe players from the region.

Video performance of a Bulgarian bagpipe:

Some of the most interesting places in the village are the Church of the Assumption that was built in 1834 in just 38 days by all the inhabitants of the village and the Ethnographic Museum (Zgurovski Konak) which is arranged as a 19th century house of a wealthy family from the region. There is also two small stone bridges above the river, built during the Byzantian times, which are impressive with their arch construction that resisted for many centuries 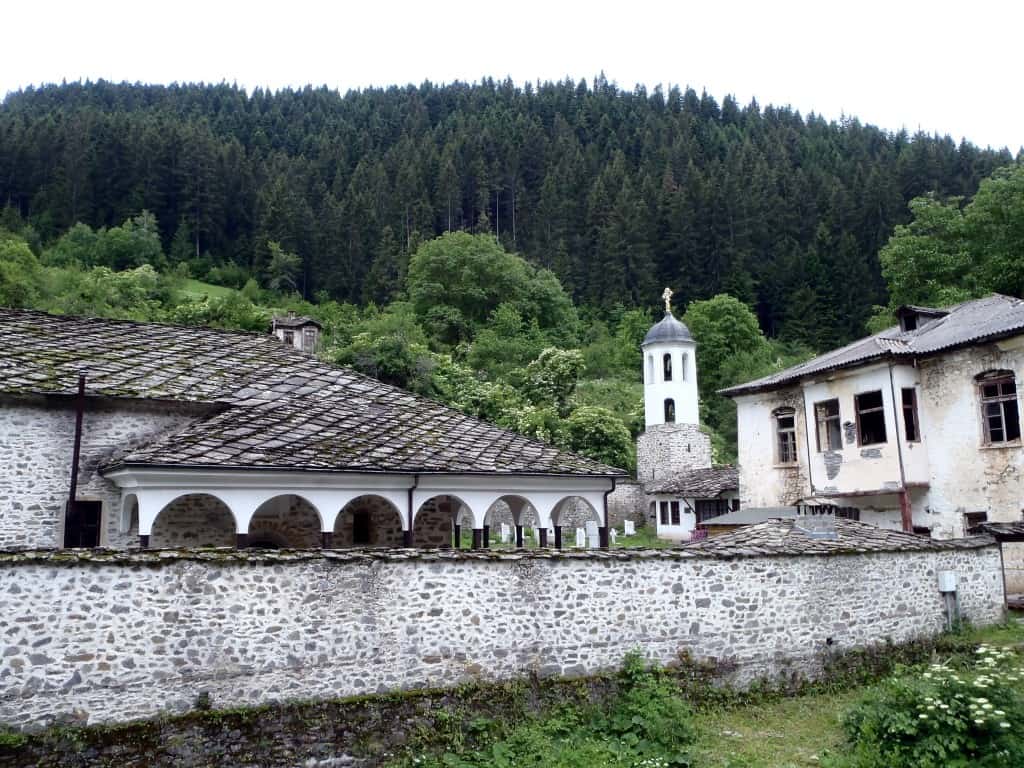 Other tourist attractions in the village include the house where Exarch Stefan I was born and the monument of Exarch Stefan I in the centre of the village. Stefan I was head the Bulgarian Ortodox Church in the period 1945-1948 and had a key role in the fight with the pro-nazi Bulgarian government in 1945 and in saving many Bulgarian citizens from the repressions of the Nazis. In Shoroka Luka are also the monument of Captain Petko Voyvoda, who was a Bulgarian revolutionary who fought against the rule of the Ottoman Empire, and the house that was his headquarters.

There is two interesting rock formations near the village: Momata (the Maiden) and Glavata (the Head), and three chapels: St. Theodore Stratilates Chapel, St. Cyril and St. Methodius Chapel, and St. Atanas Chapel.

How to get to Shiroka Luka: