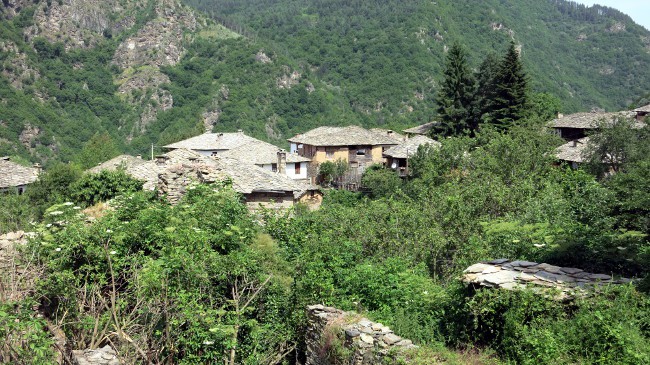 There is a village, not so high at the southwestern Rodopa (Rhodopi, The Rhodopes) Mountains, known as the home of Thracian Orpheus, from where you can see the white snowy peaks of Pirin Mountains. Its name is Kovachevitsa (Ковачевица) and it’s a perfect place to discover the fantastic nature of Bulgaria. Situated around 30 km from the biggest town at the area, Gotse Delchev, you can reach the village easily by car but don’t count on the bus transport because it is rare and irregular.

This region was populated from the very remote past and it keeps signs from the age of Neolith. The first interesting step, when you take the road to Kovachevica is the magnificent thousand year’s old plane trees at the village of Garmen (41.6° n.l. 23.816667°e.l.). They are not the only antiquity at the area. Near to Garmen are the ruins of Nicopolis ad Nestum, ancient Roman city, built by Roman Emperor Trajan. Major artifacts found there can be seen in the Historical museum of Gotse Delchev. If you are interested in history, Bulgaria is the perfect place for you.

Every season is suitable for visiting Kovachevitsa. The beautiful surroundings are attractive for every kind of people. Green lush meadows, filled with organic clear herbs, breezy and evergreen woods, can give relax to everyone, tired from the busy daily round. You can take a book or just sit and be absorbed in the peace around you. If you like hiking you can choose between several eco paths, which begin from the village. The shortest and the easy one is to St. George Chapel, around 2 km away from the village. Although it’s comparatively new temple, the place where it was build is high in the mountain and from there you can see right down to village of Garmen and the snowy Pirin Mountains. The most impressive symbol there is the Cross – 10 m high, build by Christians and Mohammedans as a token of a friendship between two religions. The road to the chapel is marked so there is no danger of losing but if you lost yourself, just follow the ancient Roman cobblestone pavement and you will reach your destination.

One of the longest and picturesque eco paths is the 13 km long Kanina Eco Path. It is named after the river which is flow slowly following the direction of the path. Another interesting destination is the Blue Pool (Siniat Vir, Синият вир). When you see the place you will understand the name. The water of Kanina River has washed away breathtaking cascades and in every level there are big pools filled with crystal clear blue water. There are only two signboards leading to the Blue Pool. The first is at the village and the second around 4 km away. You can reach the second signboard by car and then there is an hour walking to reach the destination. 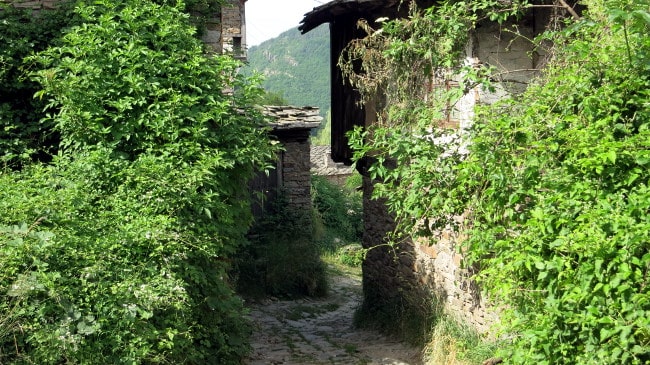 You can choose the longest route to the waterfalls but bear in mind that it will take more than 3 hours. Don’t miss the beautiful views which will reveals in front of you if you decide to climb to the sacred rock named Goat’s Stone (Kozi Kamuk, Кози камък). The passage is long and not easy but it’s worth it. At the top of the rock are excavated perfectly round hollows which, according to the researches, are made by Thracians, imitating the stars in the sky. You can get there by car to the farm buildings and then when you left the car there, than follow the black road and keep left side of the path. When you reach the foundation of the rock, round to the left path and then you will reach the ancient steps, hewn into the rock be long lived people. Then, enjoy the view. The best time for every mountain activity is the summer so consider that if you decide to enjoy the tracking at the area.

Except the amazing nature, Kovachevitsa is interesting with its architecture too. The houses are in the typical mountain style just like these at the other villages around. They are built of stone. The flint and stone work is unique and can’t be seen anywhere else. It is so simple but practically eternal because the solder between the unformed stones and the soft mud is indestructible. The roofs are covered with flat stones named tikli (тикли). Every building and every path at the village is made of stone but this fact even makes it warmer and hospitable. At the age of Turkish slavery, it was ordered, every Christian temple to be low-rise and dig into the ground. So don’t be surprised that the main church in the village was built that way too. It is named after Saint Nicholas, who is protector of the travelers and the emigrants maybe because the most of the people have been emigrants and travelers. The exceptional architecture of Kovatchevitsa was the reason to be declared as a Historical and Architectural Reserve in 1977.

If you want to continue your journey to southwestern Rodopa Mountains, your next step must lead you to the two other beautiful and lovely villages, around 10 km away from Kovatchevitsa – Leshten and Dolen. The common between the three villages is the nature and the architecture. The difference you may find out in the other articles dedicated to this part of Bulgaria. 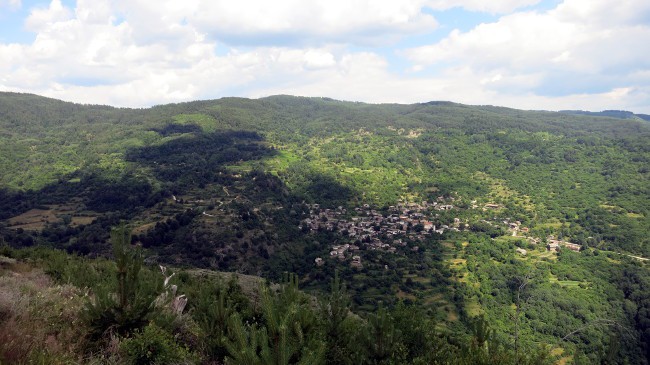