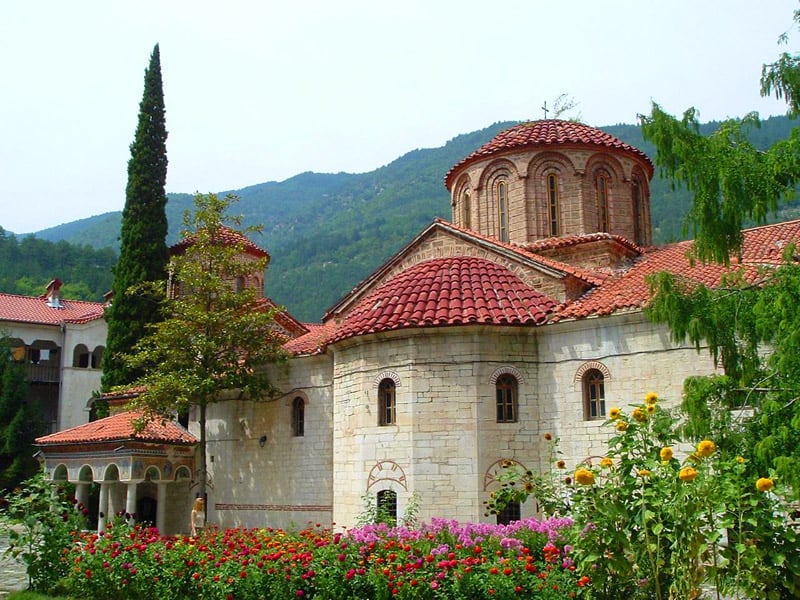 There are many sacred places in Bulgaria which maintained the faith and the spirit of the Bulgarian people in times of difficulties and suffering. One of these places is the Bachkovo Monastery – Assumption of Virgin Mary (Bachkovski manastir, Бачковски манастир „Успение на Пресвета Богородица”). In 10-th century, when the monastery was founded, this area was on the territory of the Byzantium Empire. The man who redeemed the land from the Emperor Alexios I Komnenos was his friend Grigorii Bakuriani, the superior of this region. Large part of the resources, needed for the construction of the monastery was given by Abasii, the brother of Gregorii, who was also considered as a founder. At the time of its establishment, the monastery was the third largest in Byzantium with its 50 monks. Most of them were Georgians and Armenians, brought along from the two Bakuriani brothers. It is not known what nationality were the brothers. There is assumption that they were either Georgians or Armenians. 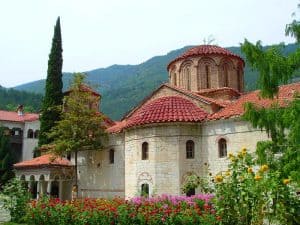 The independence of the monastery was declared with special document issued by the Emperor himself and that state remained unchanged till the moment when the Turks took possession of Bulgaria. The two founders’ last will was to be buried in the monastery but that wish was fulfilled only for Ambasii despite that he died long before the final construction of the monastery. His brother, Gregorii, died three years after the foundation and his body was never found. There is a hypothesis that the last Bulgarian patriarch Euthymius has found salvation and subsequently died behind the monastery walls after the Turks captured the last Bulgarian capital – Veliko Tarnovo. 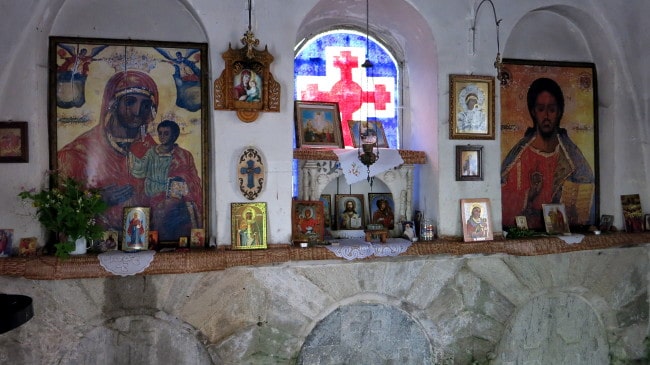 The main church in the monastery complex is dedicated to the Virgin Mary. It keeps inside its bosom the miraculous icon of the Virgin Mary with the child Jesus Christ, which according the legend is a copy, original of it painted by Luke the Evangelist. There is a legend, according to which the icon flew by itself from Georgia and in the place where it landed flushed a holy spring (ayazmo, аязмо). The monks carried the icon to the church but on the next day it gets back to the same place where it landed, in the area named Kluviyata. Then, one night a monk had a dream and he dreamed Holy Mother who told him to put the icon on the right side of the entrance of the church so she can be close to the people and see if their hearts are pure and good. Every year, on the second day of Easter, the miraculous icon is getting back to the place where it was found – Kluviyata, carried on the shoulders of the believers who are searching for help and support.

The oldest church inside the monastery is “St.Arch Angels Michael and Gabriel”, left standing from the years of the establishment of the complex. At the time of excavations inside the church were found bones and according to some scientist they belonged to the last Bulgarian patriarch Euthymius but that is not proven yet. Large part of the wall-paintings in the complex is made by the famous Bulgarian mural painter – Zahariy Zograf (Захари Зограф). Other interesting building is the Ossuary (Kostnitzata, Костницата), situated 300 m east from the monastery. Inside it are preserved frescoes from 11-th century and four large portraits of the main church-donors among the years. 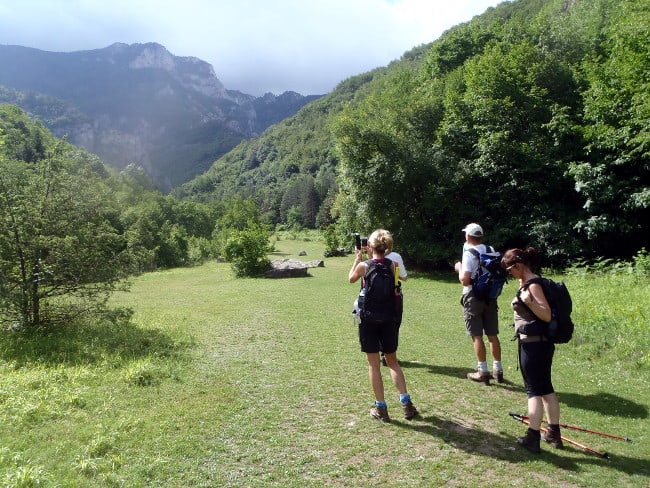 The outstanding history is just the one side of this beautiful place. The other side is the amazing nature. Right in front of the main entrance of the monastery is the beginning of the beautiful trail named “The Green Path“ and it leads to the area Kluviyata. The start of the path is marked by a small green door and a sign. The whole route passes through the biggest reserve in the Rhodopa Mountains named the Red Wall Reserve (rezervat Chervenata stena). The reserve is inhabited of many rare plants and animals, like the flower of Orpheus – Haberlea Rhodopensis (Rodopski silivryak, Родопски силивряк). There is a great diversity of birds and reptiles too. After a short walk, on the left side of the road, you will reach the Ossuary, which we´ve already mentioned. Enjoying of this relaxing hike under the old trees, unnoticeable you will see in front of you large glade and the wind will waft the sound of the two beautiful waterfalls. It’s a perfect place to take a breath and continue ahead toward the picturesque path. Not far away from the waterfalls there is another glade and in the wood behind it is the place where the miraculous icon was found – Kluviyata. Of course the holy spring – Ayazmoto is there too. Don’t miss to take a sip from it and wash your face for health and welfare. All over the spring are placed many benches and tables just like along the whole route.

Several meters after the chapel a steep path will take you to the Cave – small house, high on the rocks. According the legend that is the place where the monks from the cloister hid a very valuable icon when the Turks occupied the area. After centuries, a shepherd found the icon and gets it back in the monastery, where it is until today. Wooden icons have replaced the original at the chapel and there is set a book where everyone can put down a prayer. The walk to the final step of the trail passes along the wide natural ground surrounded with wooden handrail from where is revealing a magnificent view to the mountains. At the end of this walking route is the chapel “St.Arch Angels”. The whole hiking itinerary took two hours, going and returns, and it’s a perfect way to stirred yourself, especially if you have visited one of the many restaurants around the monastery. 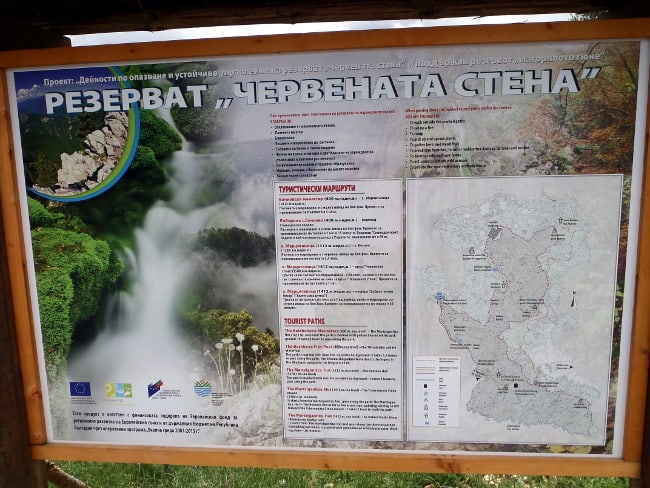