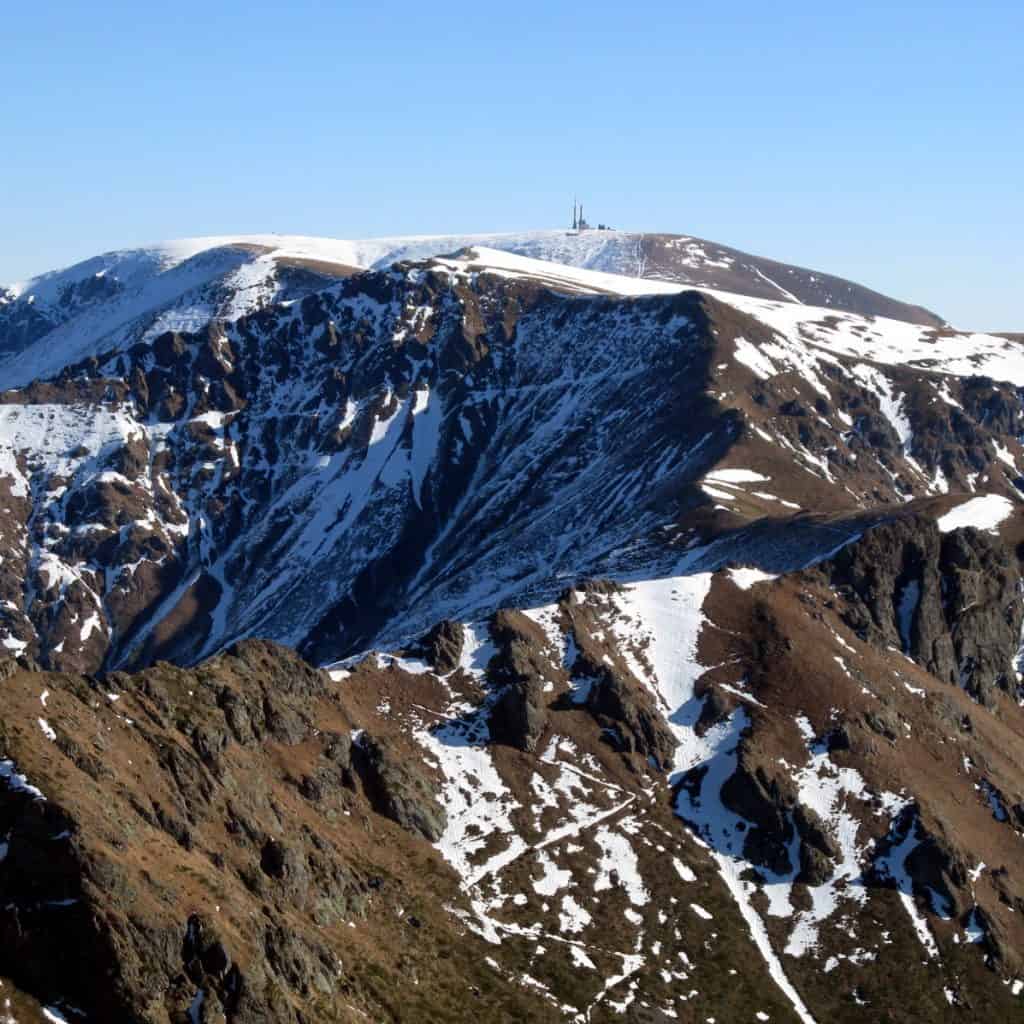 The most famous mountain on the Balkans is also the longest – about 550 km in length from Belogradchishki Pass on Bulgaria’s west border to Cape Emine at the Black Sea, and between 30-60 kilometers wide in its different parts. The mountain stretches all along the country and divides it in two ranges – Northern and Southern Bulgaria. It had many different names during the ages, the most popular were Hemus Mountains and Balkan Mountains (given by the Turks), that was accepted by the geographers and in the literature for a long time and determinate the name of the whole region – the Balkan Peninsula.

In sixteenth century a Dalmatian traveler first called them “The Old Mountains” and that’s the name that was approved in Bulgaria after 19-th century. The Old Mountains (Stara Planina Mountains), or Balkan Mountains, become a symbol of liberation for the Bulgarians at the times of Turkish slavery (14-19 century), as these mountains were the only place fighters for freedom could find a shelter and protection from their enemies. Because of its disposal as a natural border and severe climate, the Balkan Mountains were a difficult test for the travelers and also an important defense position for the inhabitants of the area as far as the mountains were passable mainly through a few routes and not in every season. Some of the most important battles for the liberation of the country in 19-th century took place on the slopes of these mountains. 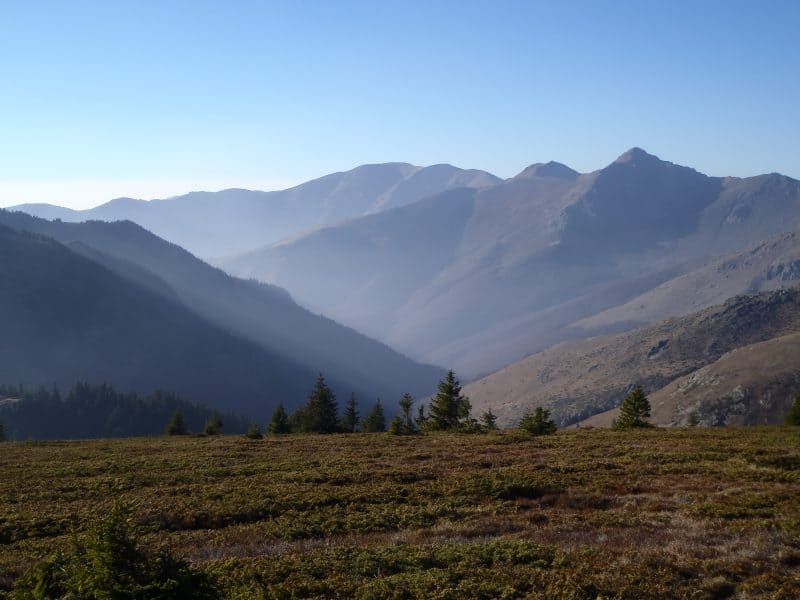 Geologically, these mountains are part of the Alp-Himalayan chain which stretches across most of Europe and Asia. They are consisted of two connected mountain ranges – the main Balkan ridge and the Pre-Balkans to the north, a chain of low mountains that stretch parallel to the main ridge and decrease slightly to the Danubian Plain. To the south, a row of 11 valleys, known as the Sub-Balkan valleys, separate the mountains from another mountain chain, called Srednogorie, which includes Vitosha Mountains and Sredna Gora Mountains. The Balkan Mountains itself are divided in three sections – Western, Central and Eastern Balkan. 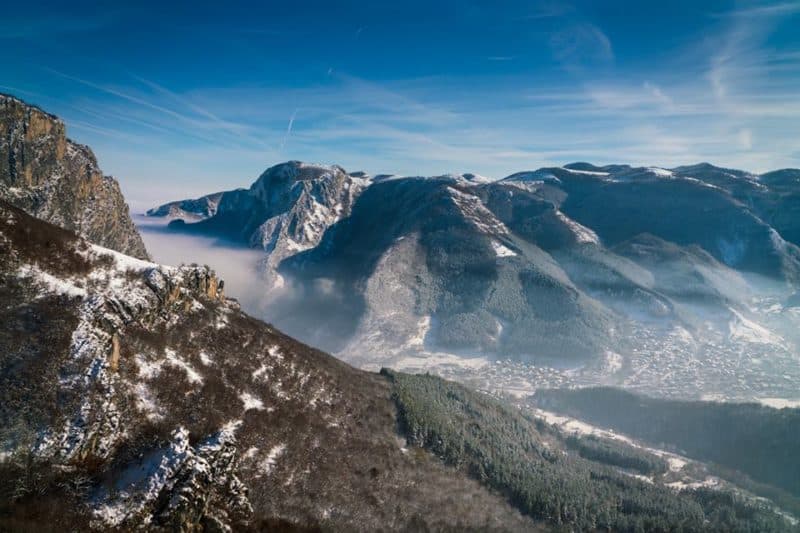 The Western Balkan is stretched from the northwest to the southeast until it reaches the Sofia Plain, where the capital of Bulgaria is located, afterwards the direction turns to west-east. Its northern parts are consisted of a single ridge that sets the border between Bulgaria and Serbia and further turns to a group of connected to each other small mountains, some of them with Karst nature, located on both sides of the Iskar Gorge. Iskar River is one of the biggest Bulgarian rivers – it springs from Rila Mountains in Southern Bulgaria and is the only river that managed to dig its way cutting the main ridge of the Balkans in northern direction and forming an impressive nature landmark– the 150 kilometers long Iskar Gorge. The highest point of Western Balkans is mount Midjur on the Serbian border – 2168 m. above sea level. The biggest nature protection sites are Chuprene Reserve and Nature Park Vrachansky Balkan. 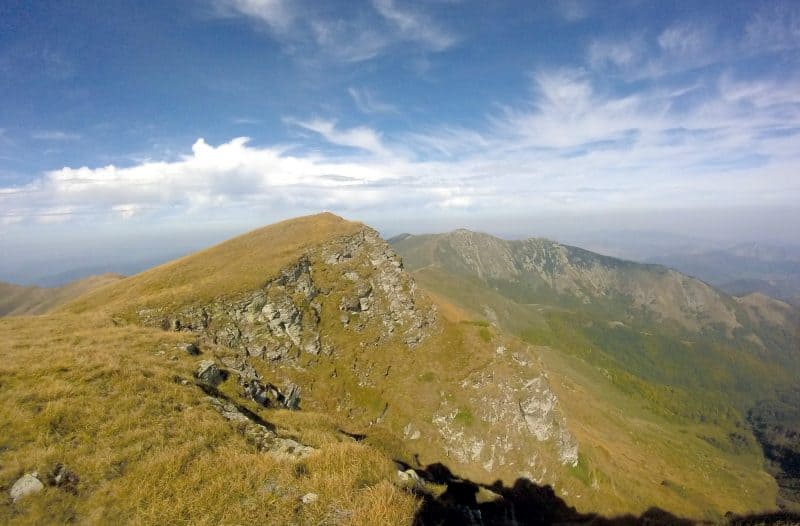 View from Mount Midzur, Western Balkan – in this area the main ridge of the Balkan is the border line between Serbia and Bulgaria. Mount Midzur is the highest peak of Serbia as well.

The Central Balkan is the most impressive part of these mountains, host of their highest peaks, including mount Botev (2376 m.), the highest of the Balkan Mountains. The landscape is a combination of large high mountain meadows, two thousand meters high peaks which rise from the plains on both sides and steep impassable canyons on their slopes. There is no lakes in these mountains, but it is compensated by a number of waterfalls, including the one with longest free drop on the Balkans (124 m.) – Rajskoto Pruskalo Waterfall, placed at about 1700 m.a.s.l., at the foot of mount Botev. Most of the territory of the Central Balkan is a protected area – Central Balkan National Park, one of the tree national parks in Bulgaria. There is seven reserves in the Central Balkan that protect centuries old forests of beech, spruce, fir, hornbeam and durmast. More then half of the Bulgaria’s flora has been identified within the Park, and of these, 10 species and 2 subspecies are endemic, and are found nowhere else in the world. Over 130 higher plants and animals encountered in the Central Balkan National Park are listed in the Bulgarian and the World Red Book of Endangered Species. The area is inhabited by most of Europe’s large mammals – bears, boars, dear, wolf, chamois. 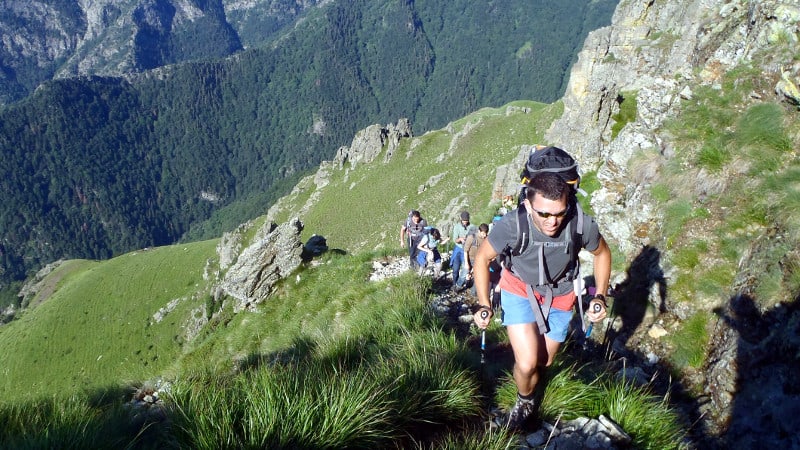 The Eastern Balkan is the smallest and lowest part of the Balkans – its highest point is mount Bulgarka (1181 m.) at the territory of Sinite Kamuni Nature Park. Its eastern parts reach the Black sea at Cape Emine, where some of the most beautiful parts of the seaside are located. This is also the final part of one of the famous European Long Distance Routes, known as E3, whose part in Bulgaria follows the main ridge of Balkan Mountains from mount Kom near the west border of the country to the seaside. It is a very popular trekking route that usually takes about three weeks to complete and gives an opportunity to see most of the beauties of these mountains. It attracts many hikers in July and August every year. 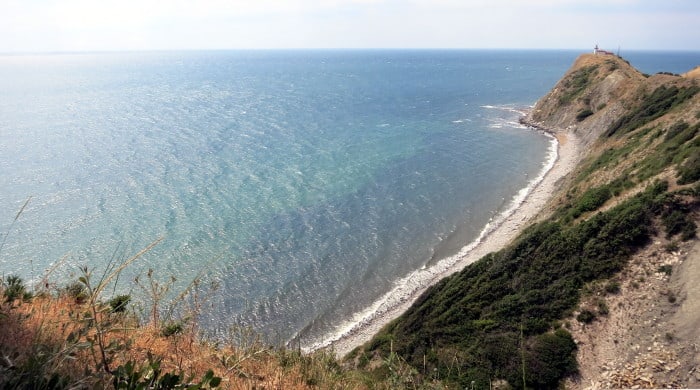 Cape Emine – this is where the mountains meet the sea – the eastern end of the Balkan Mountains and the Black Sea.