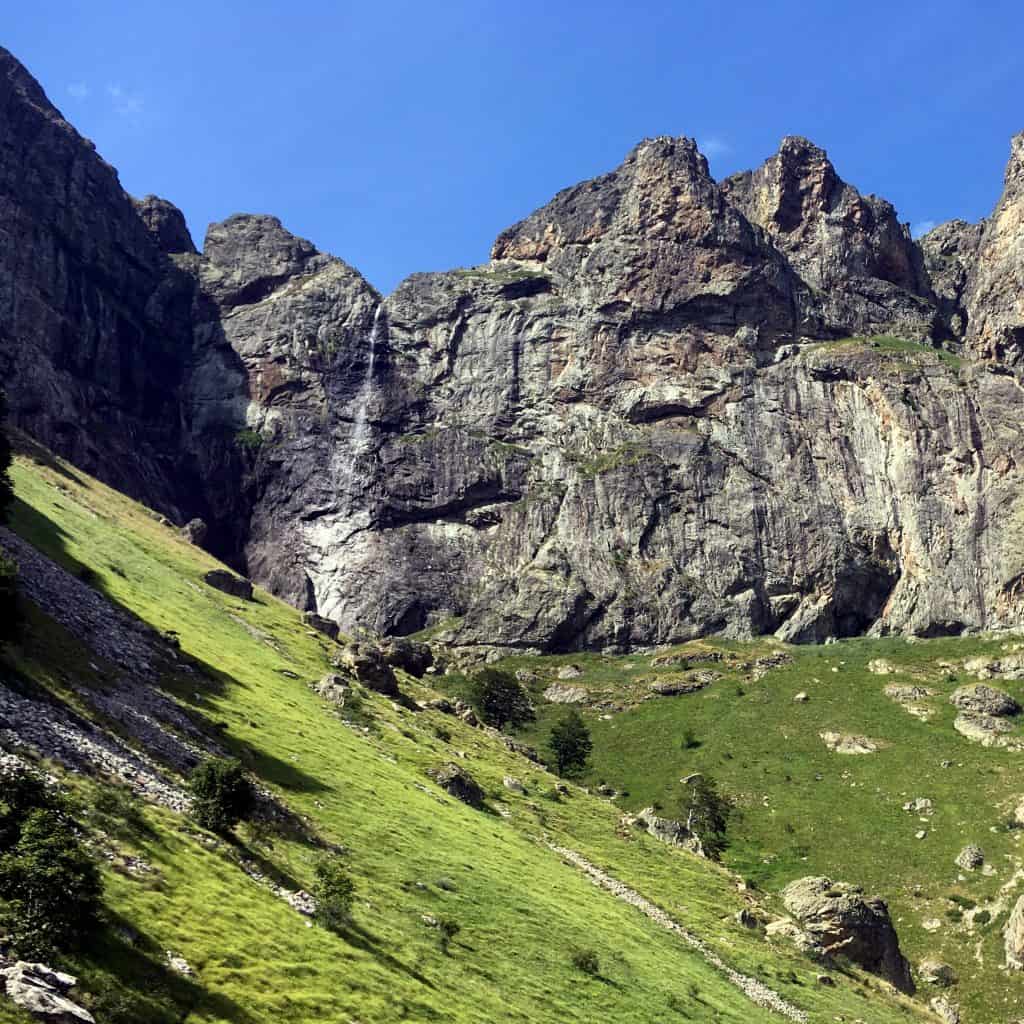 Rajskoto Pruskalo is a beautiful waterfall in Balkan Mountains, at the territory of Central Balkan National Park. With its height of 124,5 meters it is actually the highest one on Balkan Peninsula. The waterfall is constant, rich of water and most attractive in spring and early summer, when is supplied by the melting snow drifts. It is situated at the foot of Mount Botev (2 376 m.) – the highest point of Balkan Mountains.

The mountain itself has a shape of a huge dome with a gentle grassy slopes from the east and west and steep, rocky north and south sides. A small river drops from a vertical section of Botev’s south slopes and runs further down into a wild, narrow valley, known as Djendema (The Hell). The White River runs at the bottom of the gorge, which is a restricted area – Djendema Reserve, the biggest one in Central Balkan National Park. The reserve also covers the area around the waterfall. Notorious because of the nearly impassible terrain, the gorge is home of some rare species like Golden Eagle and Eastern Imperial Eagle.

The waterfall in early June – probably the best time to visit

Rajskoto Pruskalo is accessible by a trail from Raj Hut (Paradise Hut) – the walk takes only 15-20 minutes. This is the only accommodation on the way from the town of Kalofer to Mount Botev. A path to the hut starts about 4 km away from Kalofer, at a locality, called Panicite, reachable by an asphalt road. It takes about 3 hours to reach the hut, following a marked tourist trail that goes through a nice deciduous forest in Djendema Reserve area. The hut is situated at a beautiful location with nice views both to the waterfall and to the deep labyrinth of Djendema. It offers rustic accommodation in dormitories and food in summer. Fairly steep rocky trail, called Tarzan’s Trail, goes further to Mount Botev – another 2,5-3 hours walking. The trail above the hut is avalanche prone in winter. Mount Botev itself is notorious with the bad weather – strong winds and fog (chance to get lost) are possible all the year round. 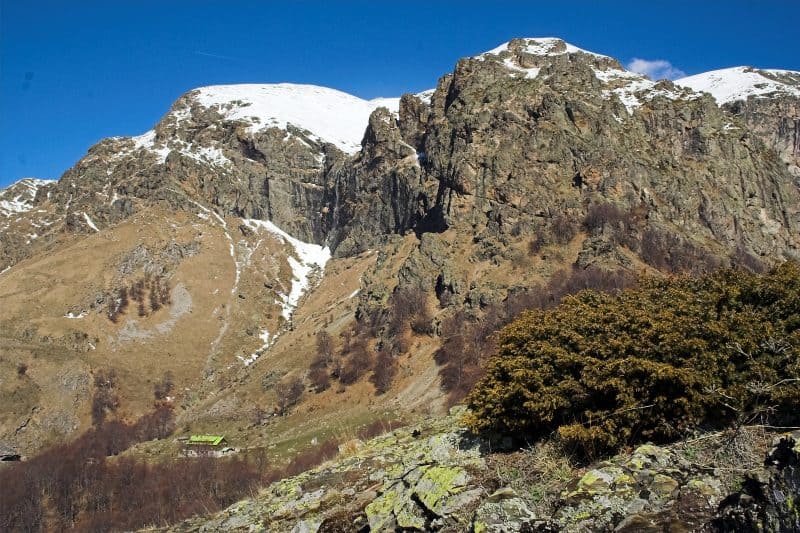 Ray Hut, the Rayskoto Pruskalo Waterfall and the dome massif of Mount Botev, covered in snow in late Autumn