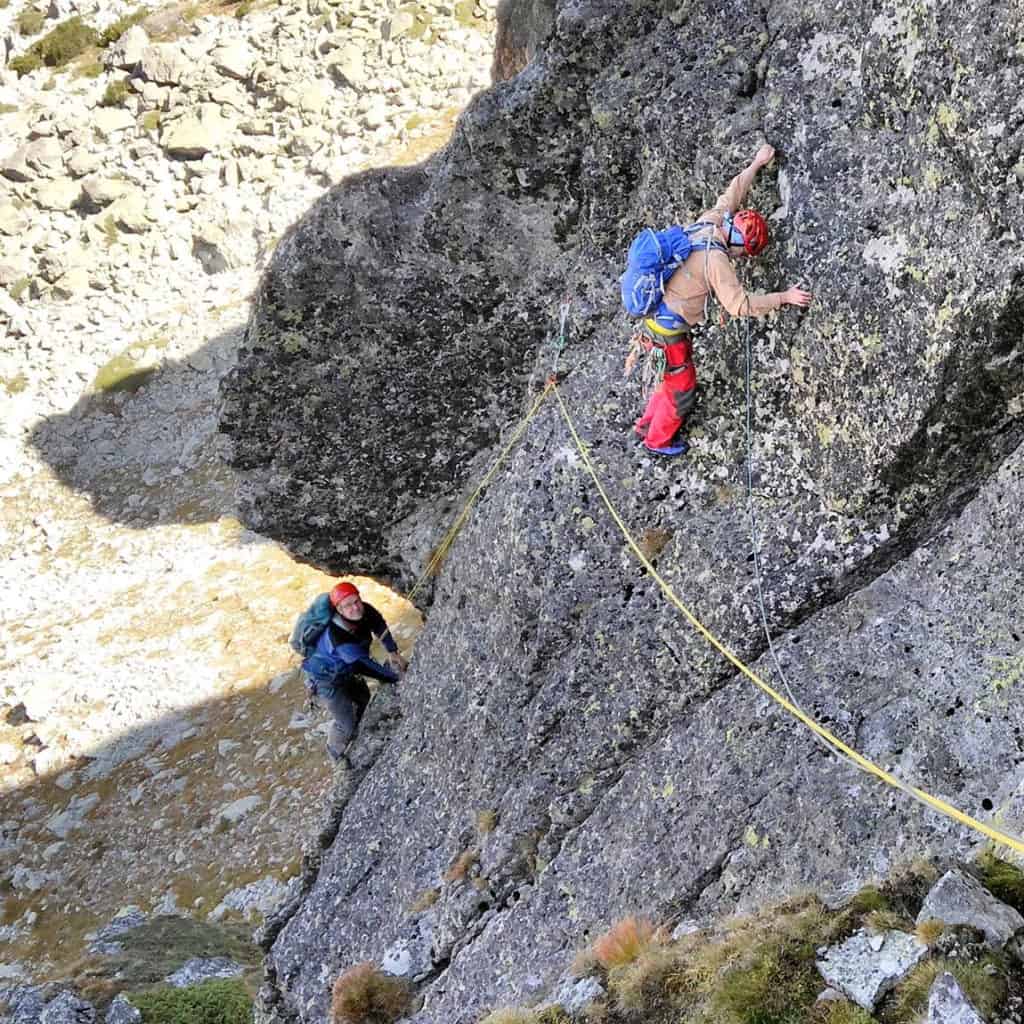 Guided climbing in Bulgaria – our small Eastern European country is gaining more and more popularity as a tourist destination for all sorts of trips – city brakes, beach vacations, cultural trips, ski holidays plus all other sorts of outdoor activities like hiking, mountain biking, and, maybe a bit odd, but still – rock climbing. The reasons are clear – a great, affordable, relatively undiscovered and welcoming corner of Europe to spend your holiday, plus amazing, undiscovered and accessible rocks and mountain ranges that give opportunities for different sorts of climbing.

What do we offer? We can organize a whole guided climbing trip in Bulgaria for you or just provide a climbing guide, in case you are only passing by and want to do some outdoor activity for a day. We are able to offer different itineraries, guiding and instruction, suitable for beginner, intermediate or expert climbers – gym training sessions, sport rock climbing, trad climbing, alpine ascents, some via feratta, mixed and ice climbing during the winter months (Dec-Feb/March). Please read more about the different climbing sites and opportunities below. 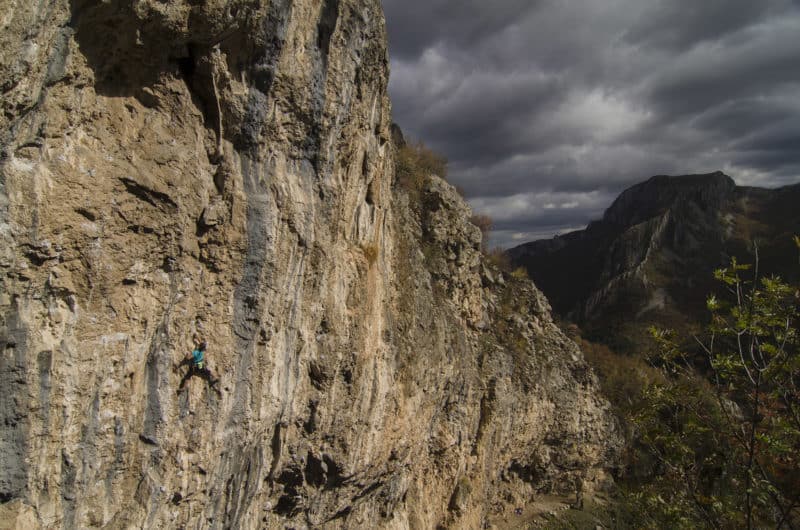 The country has its traditions in climbing and mountaineering since the early decades of the 20th century, but these sports gained popularity mainly during the Communist times, when they were officially promoted and supported by the authorities via local sport and alpine clubs and organizations, courses, organized events and trips to the other countries, mainly from the behind-the-iron-wall region in order to gain and exchange experience. Of course, it was all done because of all the local enthusiasts – pioneers who fell in love to the mountains, mountaineering and climbing. Some of the emblematic for the Bulgarian climbers sites – like Lakatnik, Vratsa and Malyovitsa – got their first routes and ascents during the first half of the 20th century and since than a few generations left their print on the rocks creating new routes, sections and facilities. New sites with more and more difficult, mainly sport routes, are being developed regularly last years by the latest generations of Bulgarian climbers.

Nowadays the opportunities for climbing in Bulgaria are a lot. All the gym climbing and most of the easy to access sport rock climbing and bouldering sites are straight in, or just a short drive from Sofia and some of the other big cities – which is understandable because of the profile of most of the active climbers, who live in those. The main trad climbing areas of Malyovitsa and Vratsa are also easily accessible from the capital too. Ice climbing and mixed climbing are possible in Rila, Vitosha, Central and Western Balkan mountains.  Unfortunately the last are available during a short part of the year only.

The main climbing sites in Bulgaria are: Vratsa, Lakatnik and Karlukovo (Prohodna Cave) in Western (Pre)Balkan Mountains, Malyovitsa in Rila Mountains, Kominite on Vitosha Mountains, Bozenitsa and the rocks near the town of Veliko Turnovo – the old capital of Bulgaria.

The rocks of Vratsa are located in Western Balkan Mountains, next to the town of Vratsa in Northwestern Bulgaria, 2h drive from Sofia. This is the biggest and most popular climbing site in Bulgaria, with around 500 routes – both for sport and trad climbing. They vary from short one-pitch sport routes to 11-13 pitches long ones, traced on the impressive Central Wall of Vratsa. Vratsa is great to visit in Spring and Autumn, but better to avoid during Summer because of the high temperatures, or carefully choose shaded routes. The rocks of Vratsa are a protected site, part of the territory of Vrachanski Balkan Nature Park. A comprehensive guide book about climbing in Vratsa is written by the Bulgarian climber Nikolay Petkov: Vratsa Climbing Guidebook. 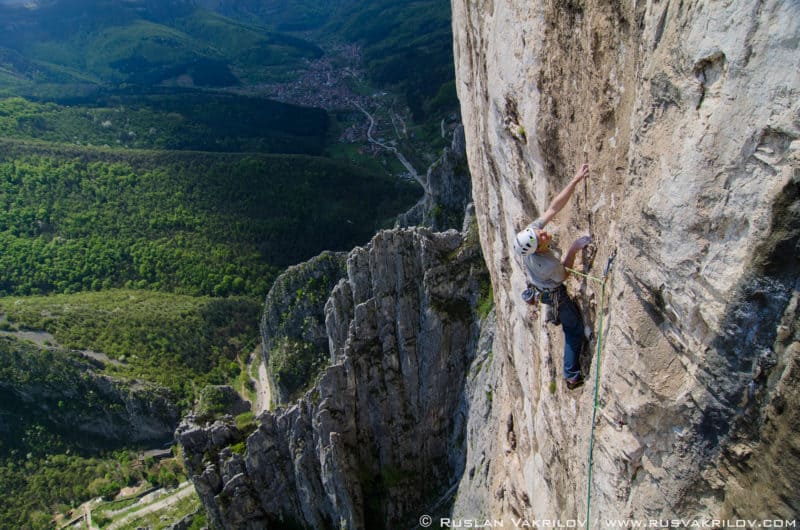 Lakatnik is the name of a small village in Iskar Gorge – the impressive gorge of Iskar River, that cuts the whole Western Balkan Mountains range and flows down to Danube. The limestone rocks on the west side of the gorge are the oldest climbing site in Bulgaria, the place where the Bulgarians started climbing in the early ages of this sport in the country, in the 1930-ies. Lakatnik is around 55 km away from the capital Sofia, the ride takes 1,5h appx. The area is also accessible by train from Sofia. Due to the specific micro climate the rocks are quite often suitable for climbing during the winter months, but not nice in Summer, as it is too hot. Most of the routes are bolted, up to a few pitches long sport routes and greatly vary in difficulty. The area is also popular among the speleologists with some impressive caves to visit.

Not far is another interesting climbing area – Prohodna Cave, located within the carst area of the so called Karlukovski Prolom (the Karlukovo Gorge section of Iskar River) and next to the Karlukovo village, around 1,45h drive from Sofia.  The cave is actually a huge cave tunnel with a couple of entrances from the east and the west, 262m long. The height of it is around 40m, 20 to 50m wide. There are sport climbing routes inside the cave, 20 to 40m long. It is suitable to climb inside there even in rainy weather – there is enough natural light coming from the huge entrances, also from the two symmetrical holes on the roof. Actually the last are the most famous part of the cave – they remind a pair of eyes, that’s why are called “The Eyes of God”. The cave is a nature landmark, protected site, also inhabited by some rare species. The coexistence of climbers, some other extreme sport practitioners, bats, birds and ordinary visitors in a protected site is a problem. It is relatively trouble free for the moment, but requires to keep strong rules when climbing there: no camping inside, no littering, no fire, no noise and no bolting/improving/developing the existing or new routes! 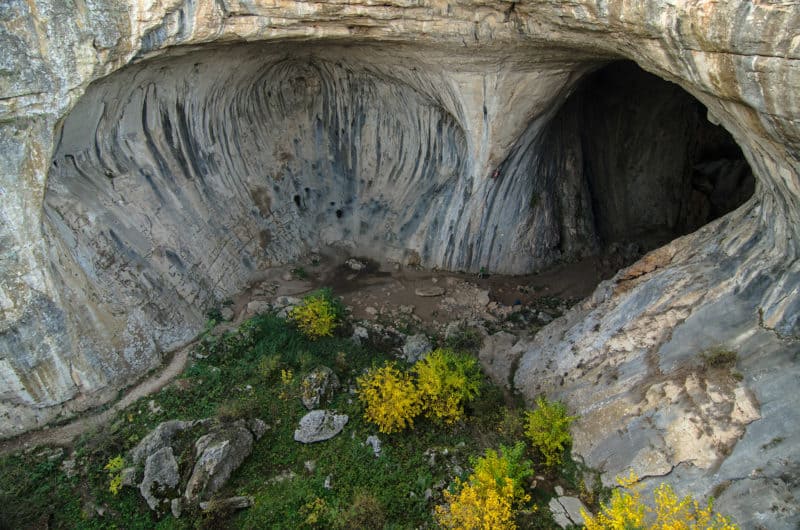 The area of Malyovitsa in the Rila Mountains  is not less important for the Bulgarian climbers and mountaineers. Rila is the highest mountain range in the country and Malyovitsa is the place if you want to go climbing in the mountains with all their challenges and risks, and not next to the asphalt road somewhere near a town. The area is located about 1,5h drive from Sofia and most routes are accessible with 1 to 3-4h of approach on foot. You may find both sport climbing routes and trad lines, from a single or several pitch long ones, to peak ascents like the north side of the peak of Malyovitsa, also the peaks of Zlia Zub, Dviglav, Kamilata, Elenka. The rock is granite. Base for all the ascents is Malyovitsa Hut, located at 1940m asl or BAK shelter at 2250m. One could easily spend a few days in the valley, climbing different objectives every day. The area is within Rila National Park and all the restriction rules within the park apply! 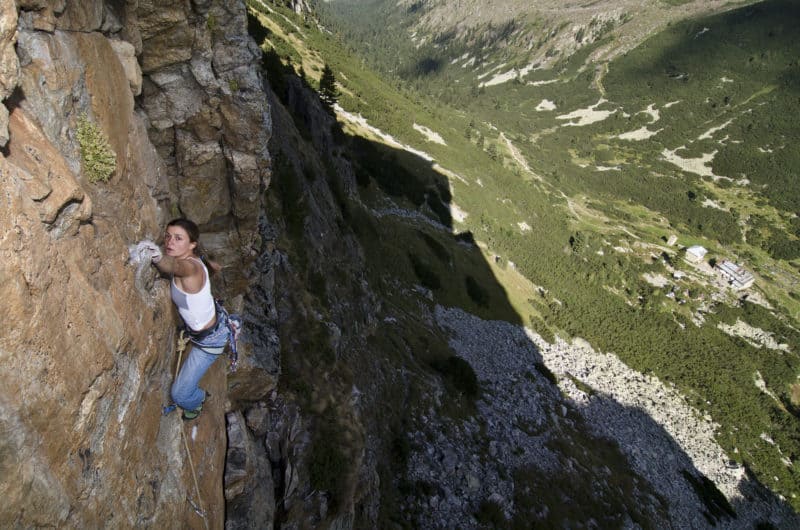 Another great place to climb when the weather gets hot down the valleys, are the granite rocks of the Kominite climbing spot on Vitosha Mountains. The place is accessible by less than an hour walk from the asphalt road that connects the suburb district of Dragalevtsi in Sofia and Aleko Hut on Vitosha. The elevation is around 1600m above the sea, with clear views towards Sofia lower down at 500m. The rocks are 30 to 55m high and there are sport and some trad routes, one to several pitches long. The area is located within the Vitosha Nature Park.

Other locations: Bozenitsa is another location in the Pre-Balkan mountains north from Sofia, around 1,15h drive from the city. It is a sand stone area, with a couple of main climbing sectors where sport routes and bouldering are developed. Nice in colder weather outside Summer.

Veliko Turnovo is a town in Northern Bulgaria, the old capital of the country. The lime stone rocks are located next to the Holy Trinity Monastery, one of the big Ortodox sites in the country. The massif is around 1km long and 80m high, with a variety of climbing routes established. 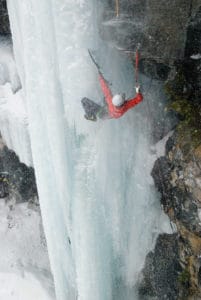 Beside Malyovitsa in Rila Mountains and Vitosha Mountains, rock climbing in alpine surroundings is barely developed, some routes in the Rila Lakes area, also in Pirin Mountains, that include the north face of its highest peak Vihren, some in Balkan Mountains in the area of Botev Peak, the highest peak of the range. Most of the routes are trad, rarely used, and you can bet you won`t meet other climbers on your route.

Mixed and Ice climbing: The  popular areas for mixed climbing are Severen Dzendem (Northern Dzendem Reserve in Central Balkan National Park) in the Balkan Mountains, Reznyovete on Vitosha, Malyovitsa and Rila Lakes in Rila, Vihren area in Pirin Mountains. The frozen waterfalls of Skakavitsa in Rila are undoubtedly the most popular ice climbing spot, together with the Boyana Waterfall on Vitosha and the Bov Waterfall in Iskar Gorge.

DWS – a popular site is Kamen Bryag on the northern Black Sea coast.

The most popular via feratta route is the one on the Kuklata Peak in Rila Mountains, Malyovitsa area.

A map of the climbing regions in Bulgaria, together with descriptions on the routes and plenty of other useful info could be found on the website climbingguidebg.com.