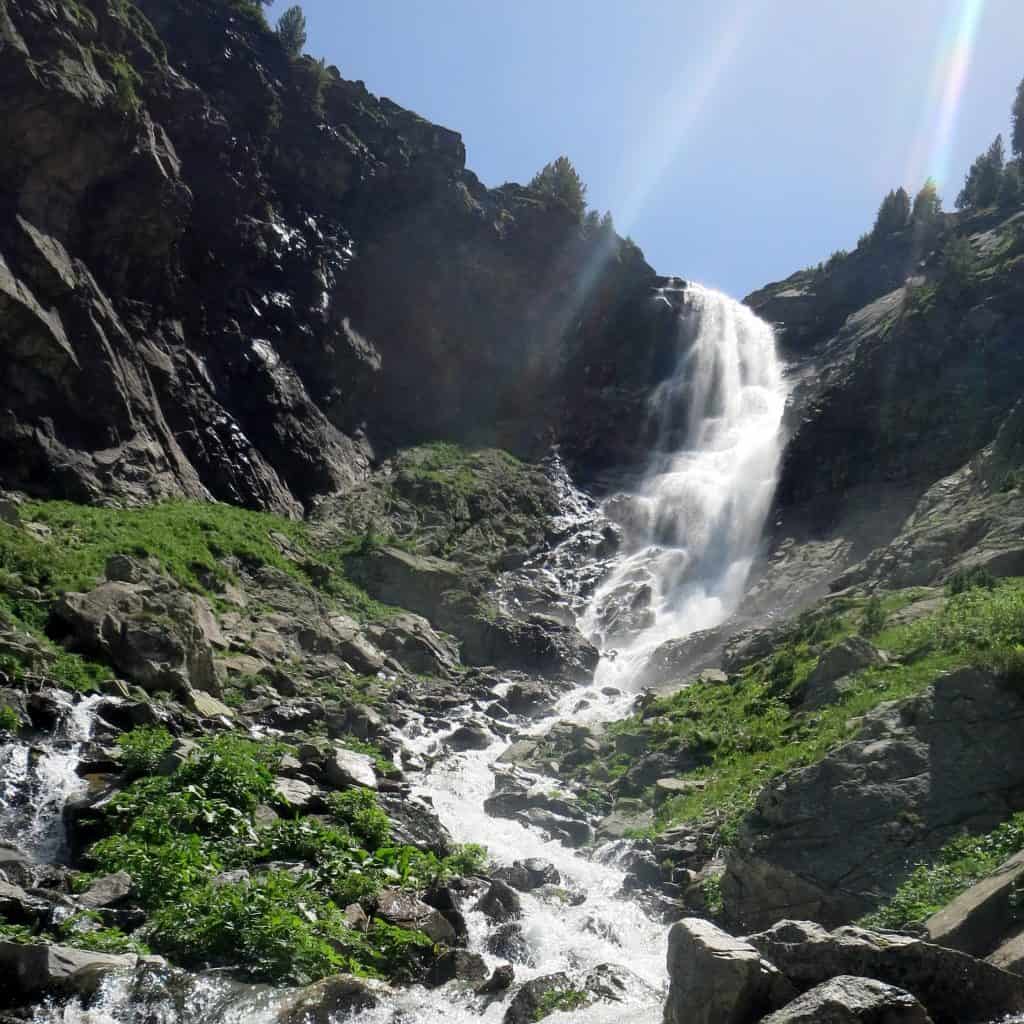 Skakavitsa is a valley in Rila Mountains – part of the territory of Rila National Park. River with the same name that runs down along the valley springs from a small lake above Skakavitsa Waterfall – the biggest in these mountains, with a free drop of 70 meters, situated at about 2000 m. above sea level. The name of the area (Skakavitsa) comes from the verb “skacham” which simply means “to jump” in Bulgarian, because of the many small water drops along the river bed.

The waterfall is accessible after a short hike from Skakavitsa Hut – the oldest in Bulgaria, built in 1922. This part of the mountains hosts Skakavitsa Reserve, one of the smallest reserves in Bulgaria, established in 1968 as a part of Rila National Park, with the aim to protect the century old forests of the endemic Macedonian pine. Another waterfall, the so called Small Skakavitsa Waterfall, is hidden in these forests above the hut.

The area is very close to the famous Seven Lakes region but relatively calm, especially in winter. At this time the waterfalls and some of the rocky slopes of the valley are all frozen and a good field for ice climbing. Best time to visit is probably in early summer (May-June) when the waterfalls are in their higher water debit and some rare flowers blossom along the river bed.