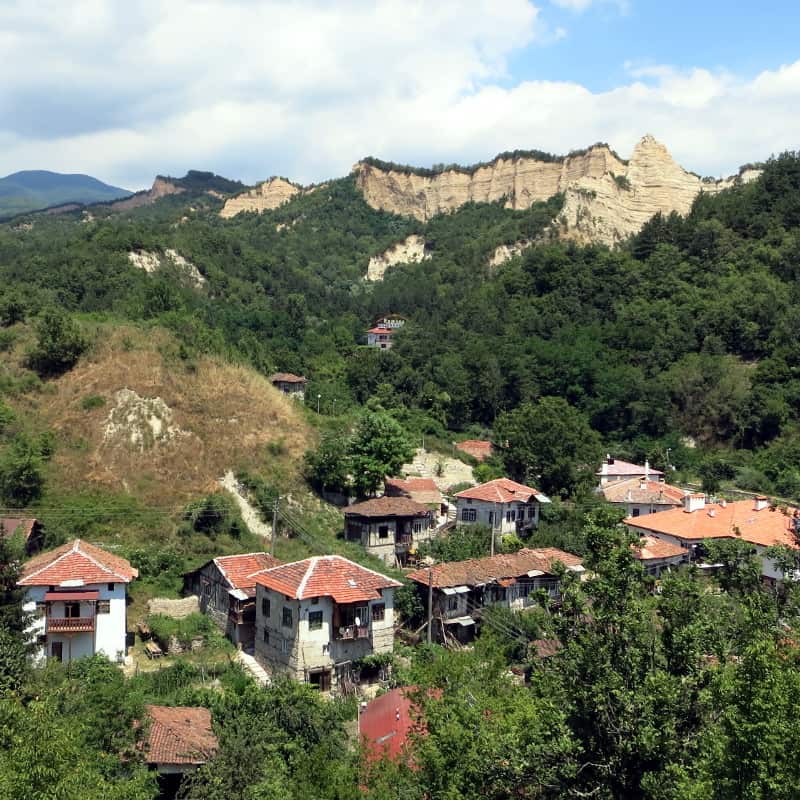 Melnik is a small settlement in southwestern Bulgaria. In fact, it is the smallest town in the country, with only about 300 inhabitants. Situated in a mountainous area, in the foot of the southwestern slopes of Pirin Mountains, Melnik is a good starting or end point for hikes in Northern Pirin.

There is a few things that make this small town so famous: the Melnik Pyramids; Wineries and wine producing; The rich history of the place and the old houses, still preserved here, and the nearby Rozhen (Rozhenski) Monastery.

Declared as a natural landmark in the sixties, Melnik Pyramids are a unique formation of the soil erosion. The sandstone soil in the area is very easily washed by the rains and this forms fragile towers, pyramids, “mushrooms”, needles and so on. The formations are up to 100 m. high. The nature processes are still changing the landscape in the area. Some of the slopes are cut and absolutely vertical, but broad leaf trees grow at the top of the pyramids, where its flat. The most famous pyramids are near the village of Kurlanovo, next to Melnik.

There is many small wineries around Melnik, carved into the sandstone. Wine producing in the area has a long history which is because of the friendly climate, influenced by the Mediterranean air masses. A unique local grape sort – Shiroka Melnishka Loza – is the essence of the good Melnik red wines, famous around the country and exported around Europe in past.

Melnik has a long and interesting history, dated back to the Trachian times – an ancient group of tribes, that inhabited these territories in the past. The first written proofs about Melnik are from XI century. In 1215 Melnik become a capital of a small independent feudal kingdom. The ruler – Despot Slav – built a fortress, whose remnants are still preserved. Melnik was situated on a strategic point, at the border between Bulgaria and Byzantium Empire. Many occupiers changed during the ages and they all left their prints. 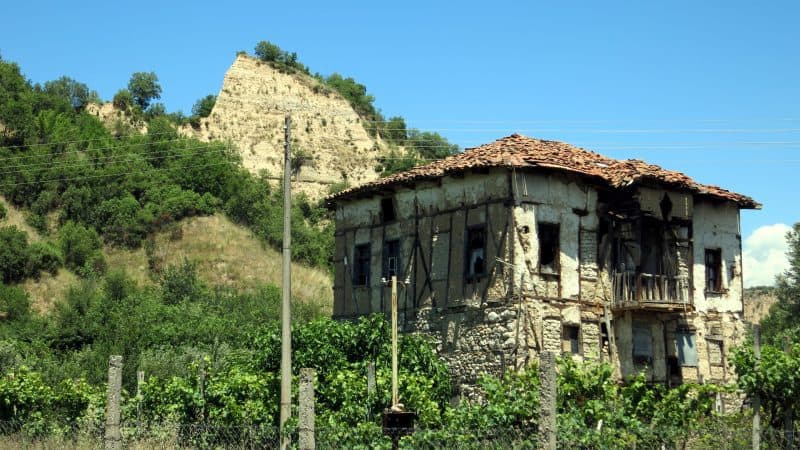 An old house near Melnik

Declared as a town-museum in 1968, Melnik still preserves many small old churches and Buzantium style private houses, most famous of which are Kordopulov’s house. Built in 18-th century by a famous merchant, this huge family house was both place to live and to produce and store wine. It is now a museum of history and wine producing of the region.

The most famous sight around Melnik is Rozen Monastery, which is the biggest Ortodox monastery in southwestern Bulgaria. Pretty well preserved, despite the threads during the ages, this monastery has unknown routes. According to some data, it is built in 13-th century, during time of Despot Slav’s rule, others date it back to 9-th century. Nowadays it is still functioning as a religious place and welcomes lots of pilgrims every year. The architecture of the monastery reminds of a medieval fortress in whose center is located the monastery church, most probably built in 16-th century.

The most popular hiking routes from Melnik are to the monastery (about an hour near some of the Melnik Pyramids), and to Pirin Hut. The hut is located at 1 620 m. and is a good starting point for walking trips in Northern Pirin. It takes about 6-7 hours to reach the hut from Melnik. It might not be a very pleasant hike in August, as it is a long way (Melnik is at 430 m.) through the sandstones that accumulate heat in summer. Because of that many people prefer to do the opposite route and finish their hiking trip in Pirin with descend to Melnik. 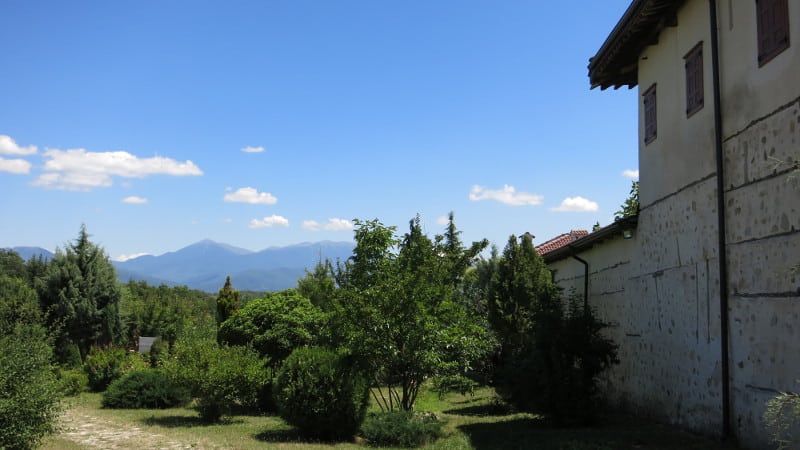 The Rozhen (Rozhenski) Monastery and Slavyanka (Alibotush) Mountains to the south