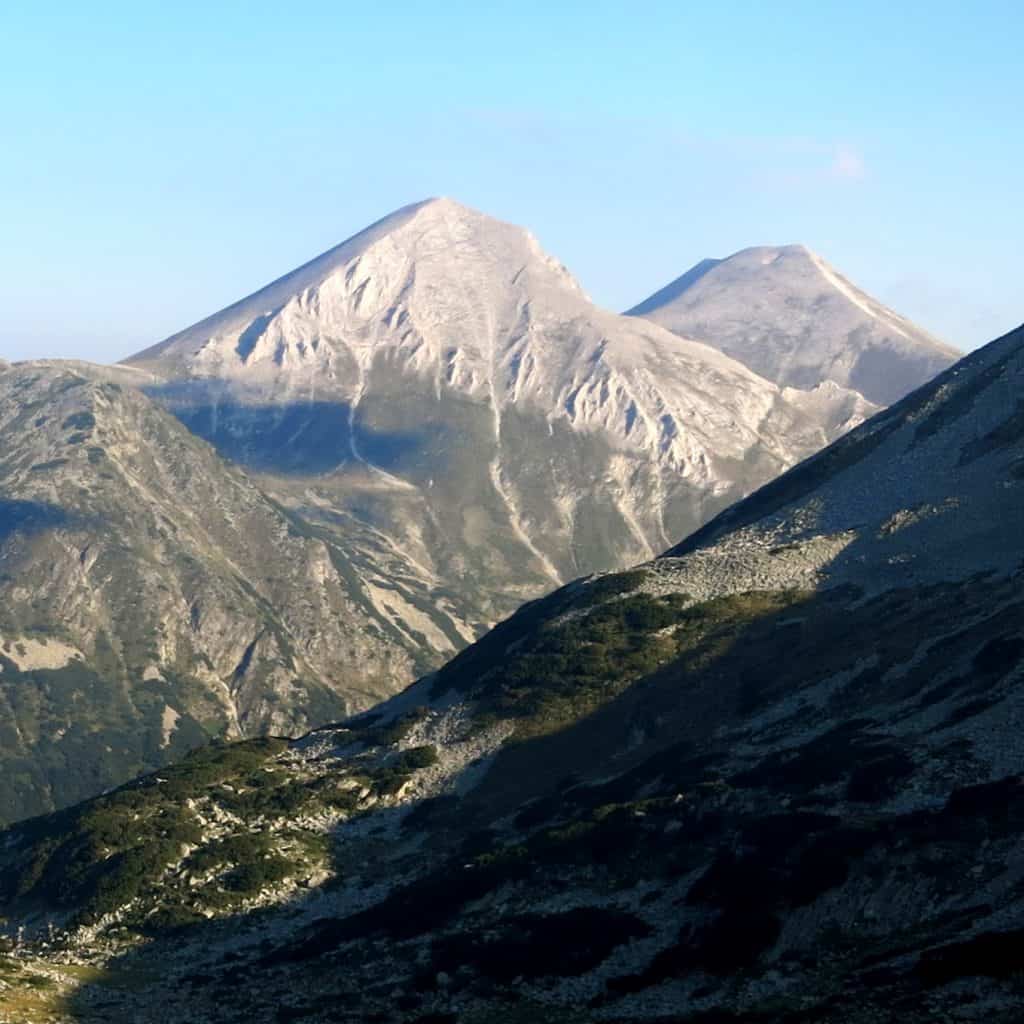 Mount Vihren (2914 m.) is the highest point of Pirin Mountains, third on the Balkans after Musala in Rila Mountains and Mount Mitikas in Greece. Its looks like a huge marble stone pyramid which north face is a 400 m. high vertical wall, accessible only for climbers. Vihren is situated in Northern Pirin and is a part of mountain’s main ridge that stretches from the northwest to the southeast.

The northern parts (including Vihren) are covered in a thick layer of marble stone, heritage from the old time when Pirin Mountains were at the bottom of the sea. Glaciers that appeared afterwards destroyed the marble layer in the other parts of the mountains and they are now covered in granite. Because of the specifics of the processes the marble sections remained the highest and add to the interesting variations of the colors of the landscape nowadays.

Starting point for climbing Vihren is Bansko – this small village was a subject of a strong tourist “development” for the last decade. It now hosts the most modern ski resort in Bulgaria, placed above it in the territory of Pirin National Park. Anyway, if you are not intaken by the tourist-money-making machine that operates mainly in winter, you can still enjoy the beauty of the village, especially in its center where a small neighborhood of old stone houses is still preserved. 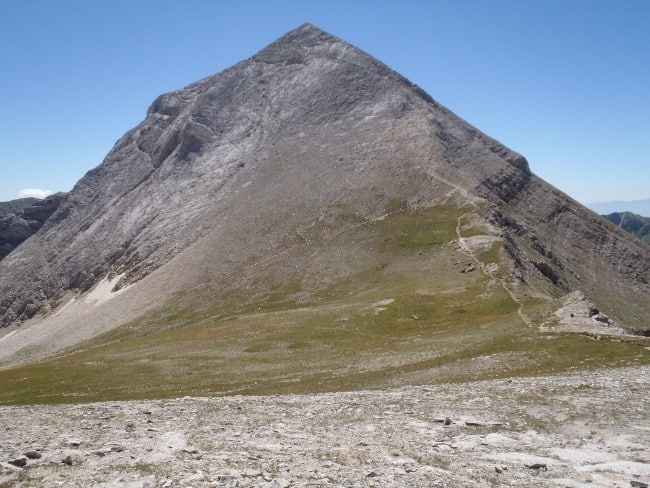 Mount Vihren in Pirin Mountains – view from the North side

A 16 km asphalt road leads from Bansko to Vihren Hut, which is situated at 1950 m. elevation at the foot of Mount Vihren. The huge lift constructions doesn’t work for tourists in summer and the trek from Bansko to Vihren Hut crosses the ski resort area that doesn’t look so attractive without a snow cover. The hut itself is placed above the three level but near it there is an area with a great pine forests including the oldest (1300 years old) pine three in the country.

The easiest access to Mount Vihren is along its southwest slopes where the main tourist trail is traced. It starts from Vihren Hut and requires about 2,5 hours hard work, gaining about 1000 m. to the top. The other way is near the north face of the mountain where another trail passes offering a different views but also a bit steeper and more exposed final part to the top. There is an extensive list of other options for hiking in the area – the tiny Marble Ridge or near the lakes along the valley. The whole area is avalanche hazardous in winter and avalanche equipment, knowledge about the terrain and current snow conditions is required for any activities in this period.