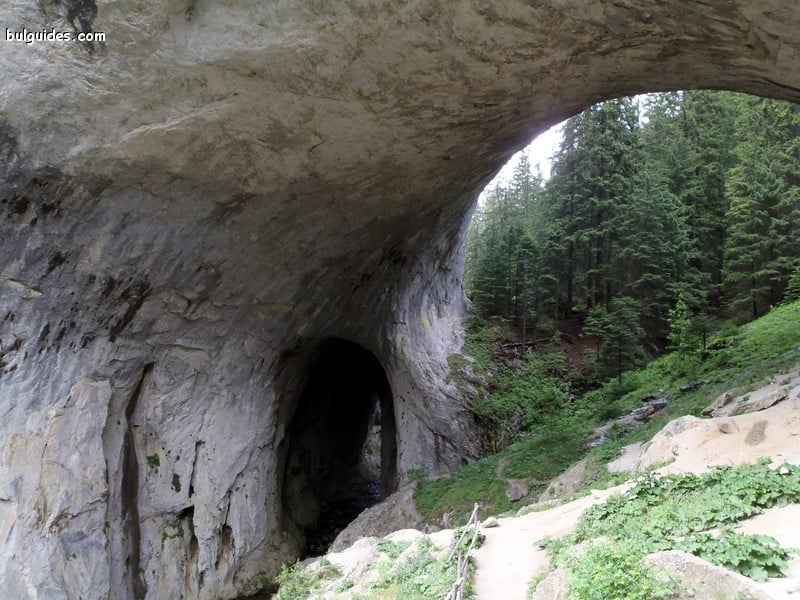 The Miraculous Bridges is a nature sight in Western Rhodope Mountains, known also by its names Er Kupria, The Wonderful Bridges or The Rock Bridges. It is situated at 1450 meters above sea level, at the foot of Mount Persenk on Chernatitsa Ridge. The distance from the town of Chepelare is 35 km in north-west direction (view the map at the bottom).

This is a spectacular natural phenomenons, consisting of three natural bridges above the small river, which form one of the most interesting rock phenomena in the Rhodopes. The archs (bridges) were formed by the river (Aidarsko Dere) in the past, which enlarged the cracks in the marble rocks into a deep cave whose roof got thinner during the ages and eventually collapsed. It is supposed that the rocks of the tearing down were washed away by the high waters of the river. 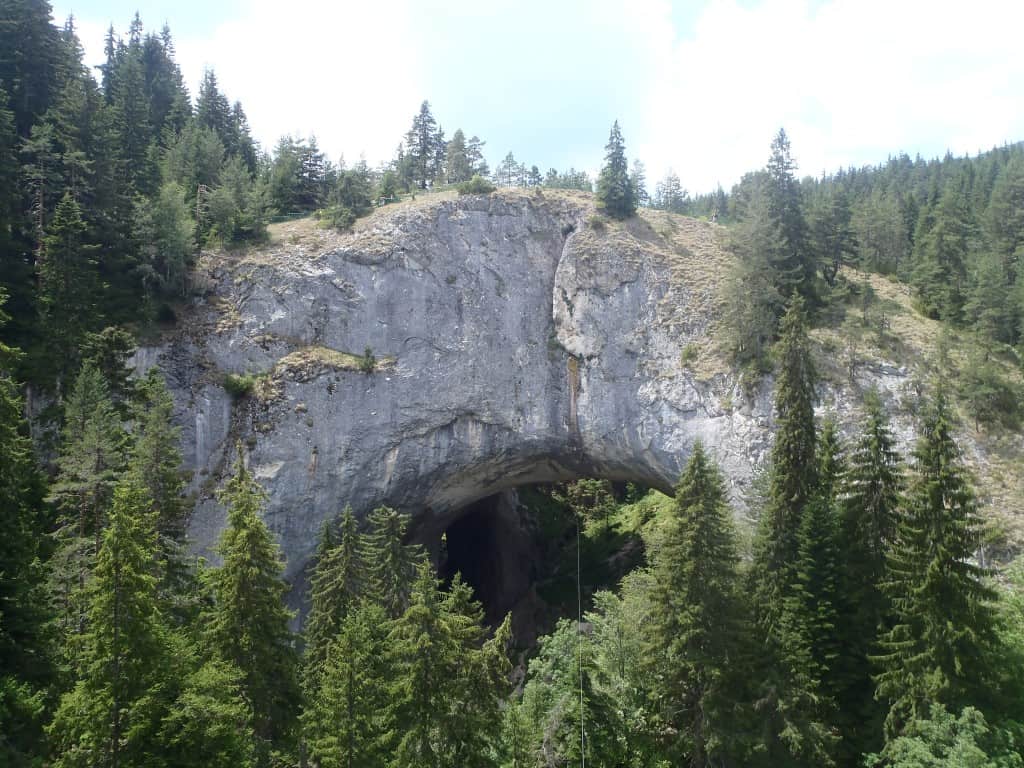 The bigger bridge is 96 meters long and 70 m. high. Its arch rises 45 m. above the river. The marble block from which it is formed is around 12-15 meters wide. A trail passes over it. In its walls there are two interconnected caves, and a number of Karst holes serving as a shelter for many bird species.

About 200 meters lower is the second bridge which looks like a long tunnel with its 60 meters length. Its total height is about 50 meters, and the arch itself is 30 m. The bridge starts with a relatively wide opening, which narrows gradually until turns into a small crack. Towards the lower end of the Bridge the river disappears and flows again to the surface after about 1.5 km. distance. Close to the front of the second bridge is the entrance of the Icy Cave, in which ice remains until late in the summer.

The rocky precipices of the bridges are overgrown with wild Geranium and also the flower, considered as a symbol of the Rhodope Mountains – Haberlea Rodopenzis, or Silivryak – rare specie which can be seen only in some parts of Bulgaria and Greece.

A 19 km. asphalt road forks from the main road Plovdiv-Smolyan after the village of Hvoyna and leads to the area of the Wonderful Bridges. There is no regular public transport. There is two huts where is possible to spend the night – Chudnite Mostove Hut, located next to the bridges, and Skalni Mostove Hut, about 20 min. higher up the mountain.

Marked hiking trails form the village of Zaburdo (2,5 hours) and village of Orehovo via Kabata Hut (4,5 hours) also lead to the sight. Other marked routes are: to Izgrev Hut (about 5 hours, with possible extensions to Shiroka Luka village or Chepelare) and Persenk Hut (3 hours, located above Orehovo village), both huts are located on the ridge of the mountain. Walks are mostly following dirt roads or trails through thick pine forests.