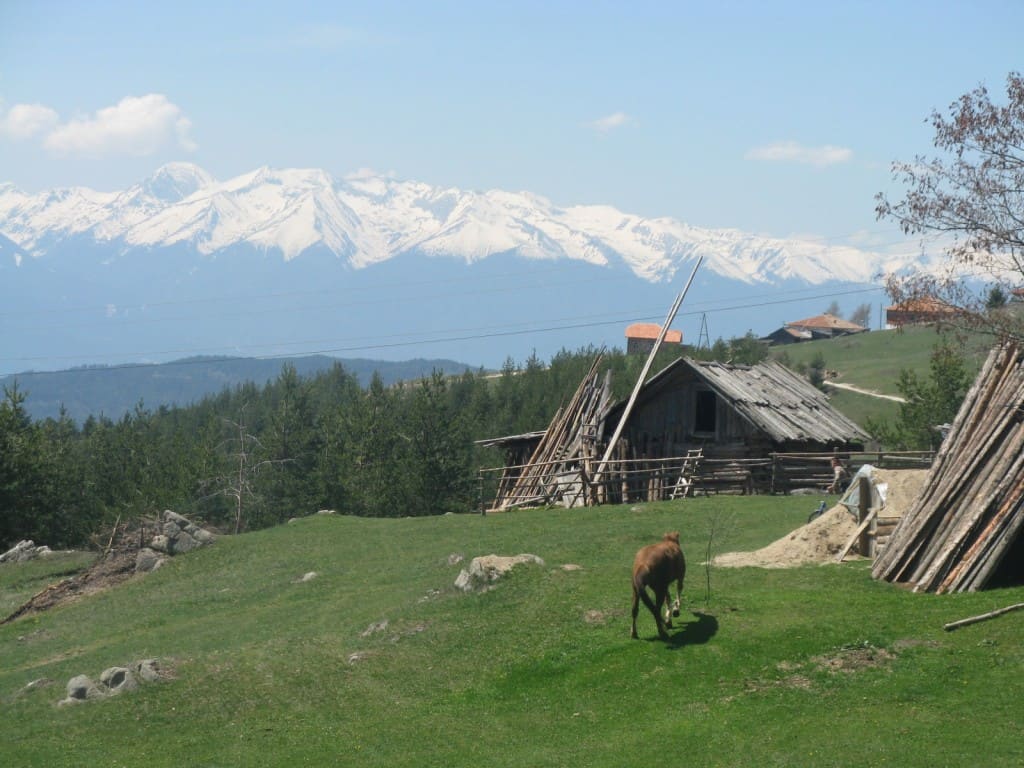 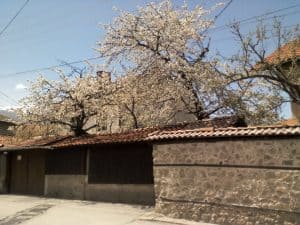 We are currently located in Bansko, a small town in the south western parts of the country, located at the foot of Northern Pirin Mountains. It survived a fast development during the last decade. Becoming home of the most modern ski resort in Bulgaria, placed on the slopes of Mount Todoprka above Bansko, the town grow up quite a lot. During the ski season it has the atmosphere of an international ski resort, with many guests from around Europe and the neighbor countries.

But once it finished, Bansko turns to the same quiet small town as it was in the past, with the every day life of the locals dominating the views. It is still much more lively because of the guests coming regularly to spend their holidays in the nature or visiting some of the summer festivals, but in general out of the season Bansko is a quiet place to stay with all the benefits of the modern town facilities, on one side, and the great nature resources that surround it, on the other. Another plus is that the town is pretty close to the Mediterranean sea beaches in Greece – about 150 km to the town of Kavala in Greece. 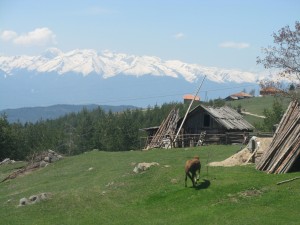 Pirin Mountains, seen from the Rhodopes

Its location gives numerous opportunities for mountain bike trips and hiking. Bansko is of course the main starting point for Northern Pirin Mountains. With its highest point – Mount Vihren – rising at 2914 m, these mountains are the second highest range in Bulgaria. It is famous with its rocky ridges, especially the impressive Marble Ridge, which tiniest part is called The Foal. More than 140 glacial lakes are located in Northern Pirin and add to the astonishing landscapes. A few days treks are possible using the huts infrastructure that offers a basic accommodation.

Another attractive destination are the Rhodope Mountains, located south east of Bansko. The landscapes are totally different – small neighborhoods, rural life, herds of sheep and cow, green hills and population that consists mainly of Bulgarian Muslims. Located north of Bansko, only 10 km away, are the south slopes of Rila Mountains. Suitable both for walking trips and mountain biking, these parts of the mountain are pretty close to its highest ridges, and even Mount Musala (2925 m.), the highest on the Balkans, is accessible. 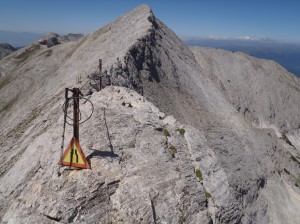 In general hiking trips to the high parts of Pirin and Rila Mountains are possible between June and September-October, while the lowest parts and Rhodopes are nice in Autumn and earlier in Spring. These are also crossed by numerous forest roads, good for mountain biking. There is also options for bike touring in the area, following quiet asphalt roads and enjoying the rural life and landscapes. It is not only mountain biking and hiking, Bansko is close to two of Bulgaria’s three national parks – Rila National Park and Pirin National Park – both protecting the wild nature of the country and that makes it an interesting destination for exploring the surrounding wildlife.

As we are currently located here, we can offer the full spectrum of these activities and recommend the best routes according to the season – just ask:)