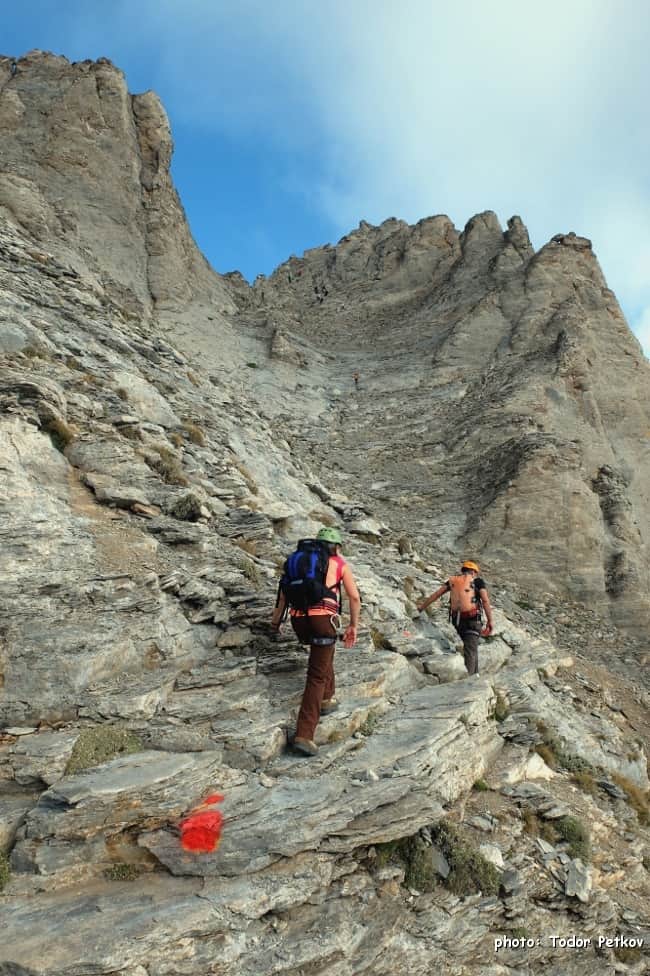 Trip report from our guided hiking trip to the Olympus Mountains in Greece in September 2014. It included ascent of Mount Mytikas (2917 m, also known as Mount Olympus or the Throne of  Zeus) – the second highest peak on the Balkans ofter Mount Musala in Bulgaria, and Mount Stefani (2909 meters), considered as the most difficult peak in the area, accessible for trekkers.

Hiking to Mytikas in Olympus Mountains
Hiking to Rila, Pirin and Olympus 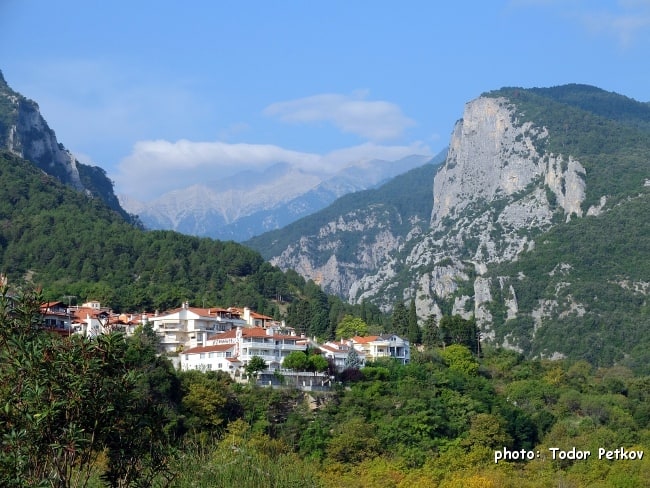 The town of Litochoro and Olimpus Mountains

Starting point for the trek for us was the town of Litochoro, located 90 km from Thessaloniki and very close to the seaside. An asphalt road winds up from the town towards the mountain entering Olympus National Park. There is two options to start trekking towards the high parts of the mountain. From Prionia, an area with a parking lot at 1100 m, towards Spilios Agapitos Refuge (2100 m). Or slightly lower along the road, at a location called Gortsia, towards Petrostrouga Refuge (2000 m) and the Muses Plateau. 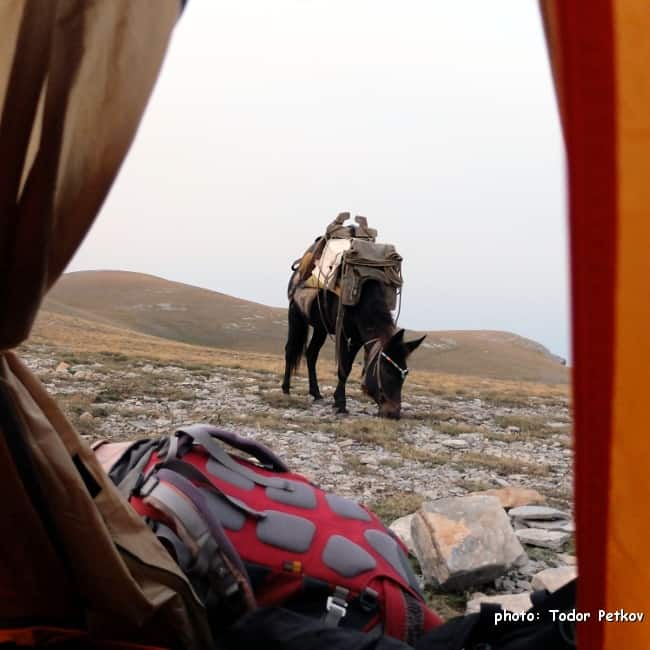 Our camp near Kakalos Hut

We started from Gortsia and did all the way up to the 2600 meters high Muses Plateau. There is two huts built there – SEO Refuge and Christos Kakalos Refuge.

Check Gearweare.com for some useful camping tips and equipment reviews. 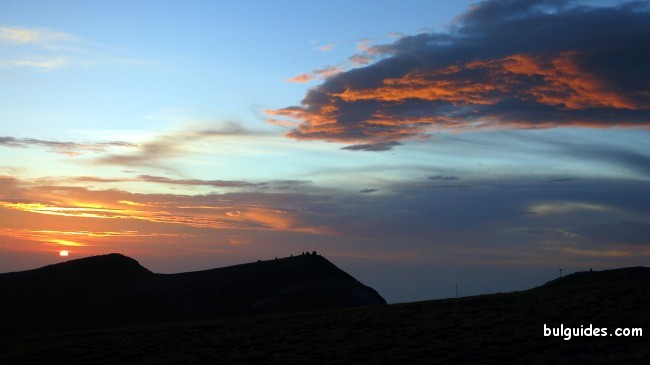 Sunrise over the Plateau of Muses

Muses Plateau offers great views towards the east side of Mount Stefani (2909 meters), which is popular among experienced trekkers and climbers. 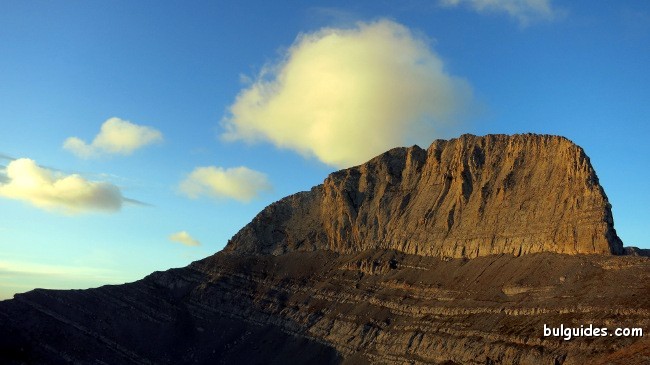 Stefani was our first aim. About 2 hours trek, including ascent over a relatively steep couloir with loose stones and a final part following short exposed ridge plus 5-6 meters of belayed climbing (4th grade UIAA) took us to the peak. The final part is airy, with panoramic views towards Mytikas and the 600 meters deep north cirque, called The Pot. 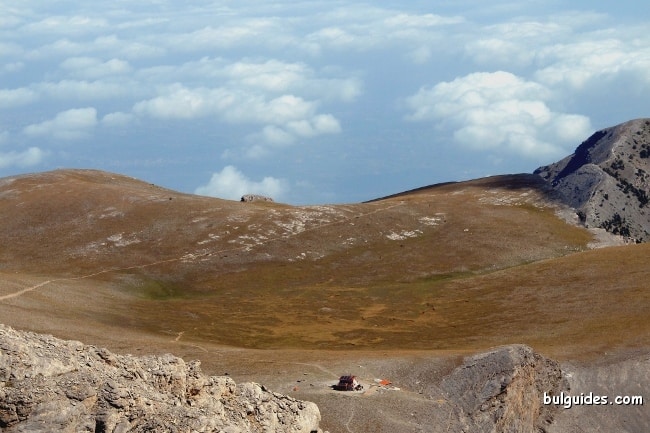 After descending from Stefani, we followed the so called Zonaria Trail that cuts the main ridge of Stefani and Mytikas. There is a popular route that goes up to Mytikas from there. It  is straight forward and follows a steep couloir, called Louki. Both couloirs – the one towards Stefani and Louki – are prone to stone falls, but the second one is quite busy sometimes, which makes it even more risky. We decided to skip it, as there was a few parties going up and down already, and went further towards the common route via Mount Skala (2865 m).

On the way to Mytikas

Most people climb Mytikas from Prionia, usually spending a night at Refuge A at 2000 m. From this point the route goes via Mount Skala to its final exposed part. A large couloir, covered by stone slabs and marked in red dots, leads up to the ridge, where a couple of final ups and downs lead to the top of the mountain. There is no any special technical difficulty over this route, but people with aerophobia or not certain in their balance should avoid it. The same is valid in wet conditions – rain or snow. For those who didn’t forgot to put a rope in their rucksack there is belaying points placed along the final parts in case of doggy terrain conditions. 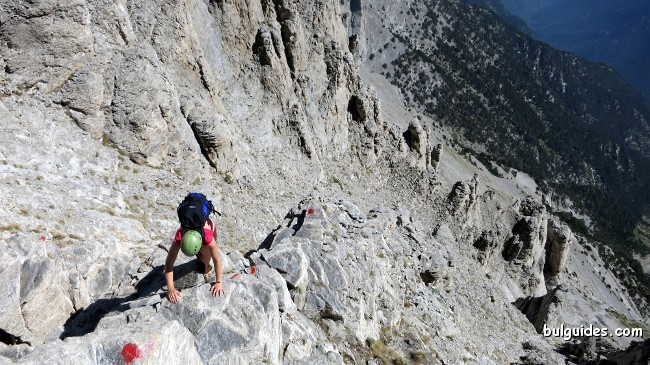 On the way to Mytikas 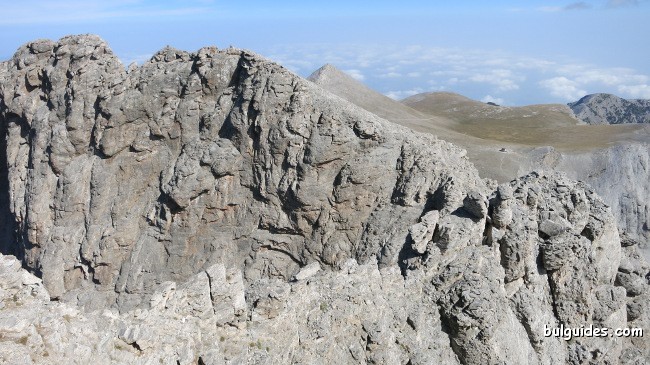 View towards Mount Stefani from Mytikas

There is a unique chance that not so many mountain areas can offer: to spend the day high up in the mountain and the afternoon on the beach. In this case we went down from 2917 meters to the sea level for a final dip into the warm Mediterranean Sea. 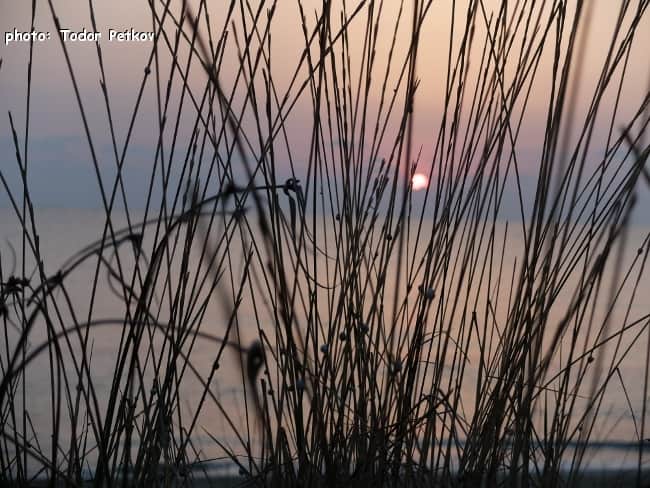 Sunrise over the sea

And a short historical reference: There was many attempts to reach the top of Olympus Mountains during the ages. The so called Throne of Zeus was aimed by Dionisus from Olympus – an explorer and traveller, who lived in 16th century. Further, the French marine officer Sonini tried  to climb the mountain without success. The first successful ascent was made in 1913 by two Swiss – Fred Buasana and Daniel Baud-Bovy, who were guided by the Greek hunter Christos Kakalos. They climbed the mountain on 2th of August 1913 after 3 days of unsuccessful attempts in bad weather. 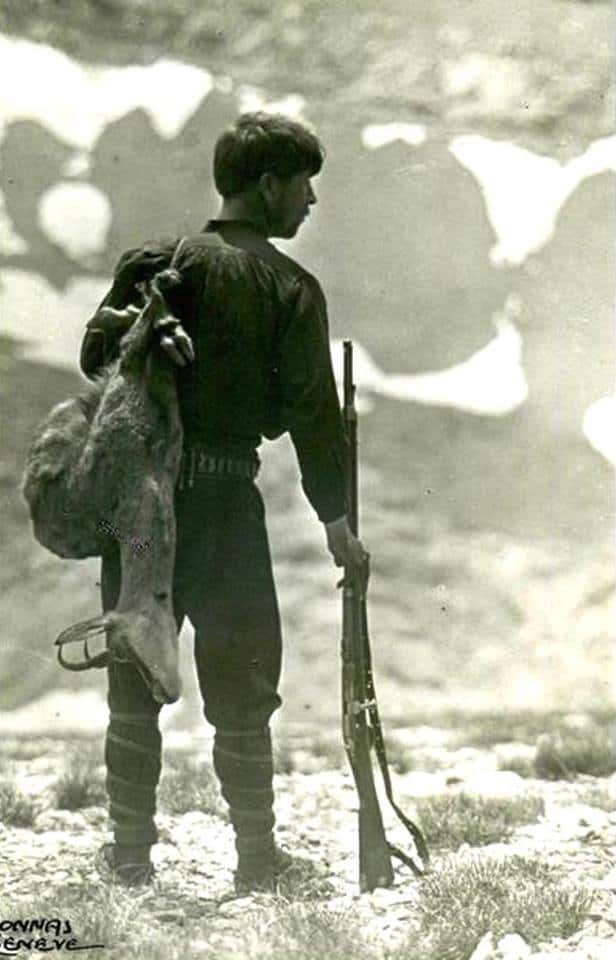