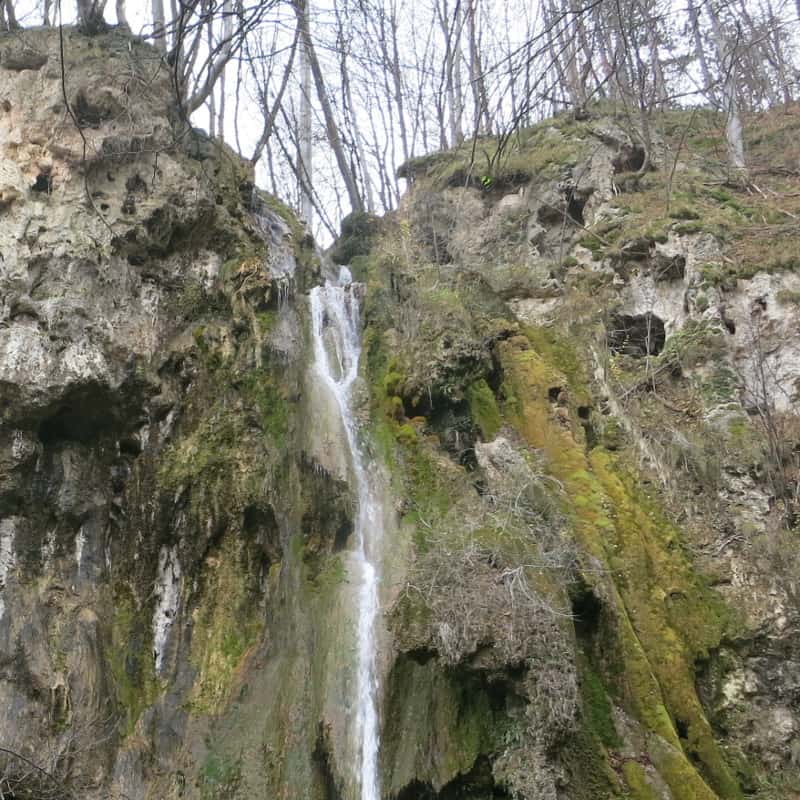 Slivodolsko Padalo Waterfall is the biggest one in Rhodope Mountains, located in their western part. It is a water drop (50 m high) along the river bed of Slivov Dol River, located in the Dobrostan part of Western Rhodopes, within the territory of the Red Wall Reserve. 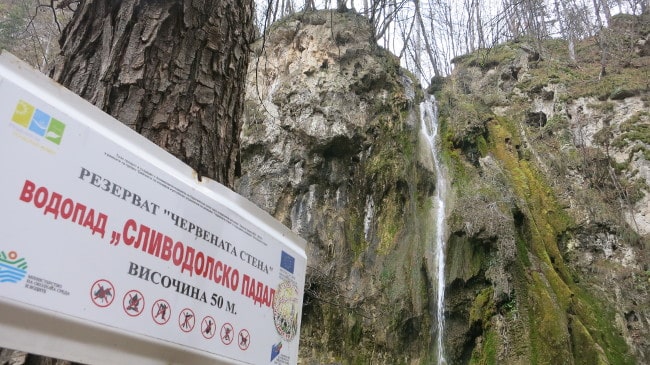 The upper part of the 50 meters high waterfall

The reserve itself  is a UNESCO Biosphere Reserve, the biggest protected territory in the Rhodopes, established to protect to unique flora and fauna in the region. There is a total of 645 plant species within the territory of the reserve and 38 of them are in the Red Book of Bulgaria.  The forests are mixed – broad leaf (oak, beech, etc.) trees in the lower parts and conifers in the high parts (up to appx. 1500 m).

A very popular flower, which is not endangered, but unique only for this region is the Rhodopean Silivryak (Haberlea Rhodopensis), also known as “The flower of Orpheus”. It is a Balkan endemic flower, а protected Relict specie, presented and firstly found in Rhodope Mountains as its name shows off. It is famous with its resistance to dry conditions and it is said that the flower can “rise” even after being dried for years. The Rhodopean Silivryak is the local symbol of Rhodope Mountains the same way as the Edelweiss is the symbol of the mountains and mountaineering in other regions. Its common to see its blossomed pink flowers along the trail to the waterfall in spring.

The waterfall is easily reachable from the main Asenovgrad-Smolyan road. The trail forks to the left right after the first tunnel after Bachkovo village. About an hour walk takes you up to the waterfall, following the valley and crossing the river a few times along wooden bridges while gently ascending about 300 m of elevation. There is a few smaller water drops along the way and a couple of small huts and a barbeque. 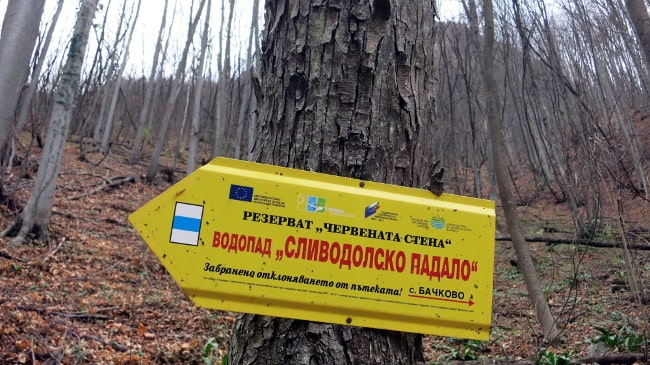 A sign ot the way to the waterfall, the trail is marked in blue markings

The nearest popular sights are the Bachkovo Monastery, Asenova Fortress and the Belintash Rock Formation. 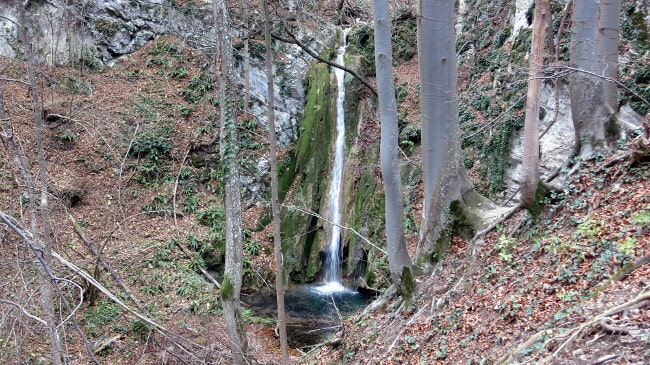 One of the smaller drops on the way to Slivodolsko Padalo