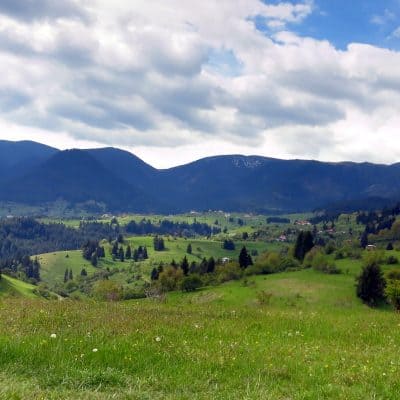 Undoubtedly, everybody has heard about the mythical Thracian singer, Orpheus, and the power that he has had over every living creature in the Earth. There are many hypotheses about his place of birth but the most popular legend says that he was born in the fascinating village of Gela in Rhodope Mountains. The ancient story of this place is hidden inside its name, which comes from the mythic Thracian tribe of the Bessi – famous as the Priests. This small village, situated in one of most beautiful parts of these mountains, is a place that you cannot miss. 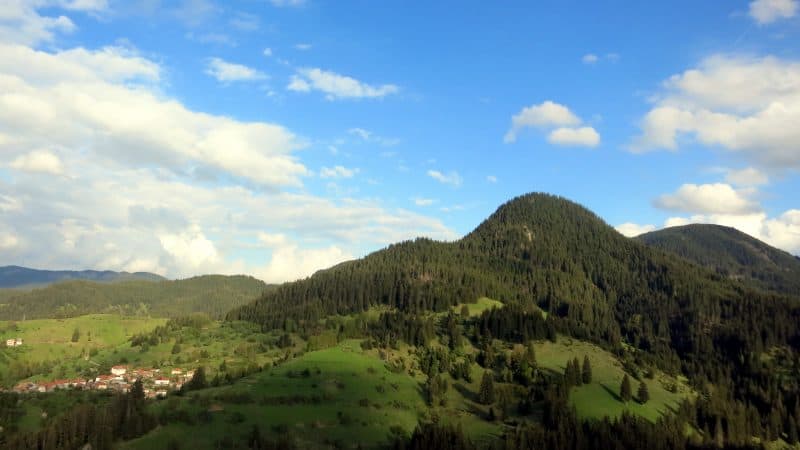 The view from Gela Village

The village of Gela lies in the outskirts of the Rhodope ridge of Karluk.  It is located 7 km from Shiroka Luka village and only 30 km northeast of the largest town in the area – Smolyan. The most convenient way to get there is through the winter resort Pamporovo (located about 20 km away) and after you pass it on, deviate to Shiroka Luka. Located about 1500 m above sea level, in the heart of the Rhodope Mountains, the picturesque village is surrounded by three of the highest peaks of the mountain – Golyam Perelik (2191 m), Orpheus (2188 m) and Turlata (1825 m). Today the village has not changed much over the years. It consists of seven hamlets, placed on several hills and the only thing that disturbs the serenity is the bells of the cattle and the music of the bagpipes. The most curious details of the traditions of the village and directions how to get to the most interesting sights you can get at first hand – from the locals, which are not more than 80 people.

Besides the ruins of an ancient city on the outskirts of the village, especially curious attraction is the stone painting of a man and two running animals, discovered near Mount Turlata and the Thracian mound near the chapel “St. Elias” (for which local said that there is such a strong magnetic field that clocks stop). A Thracian fortress necropolis was found there, with a ritual funeral of a renowned Thracian leader and twenty of his subjects. In many spots inside the village can still be seen traces of ancient Roman roads connecting Aegean towns with the Upper Thracian Plain. Another interesting find is the remains of an ancient city near Gela, used for more than 1000 years and abandoned during Roman times.

The village of Gela is an excellent choice for tourism at any time of year. On the one hand, thanks to its geographical location, it can be defined as one of the sunniest places in Europe, with almost 300 sunny days per year. On the other hand the pure mountain air, lugging the winds of the Aegean Sea is considered extremely favourable for the health factor, especially for people with lung problems. In the vicinity of the village you can see some of the most amazing natural phenomena in the country and hear from the local legends about them. These include the cave “Lednitsata” (about 8 km west of the village, near the hut “Lednitsata” on the territory of the announced landmark karst area “Zlosten”), the rock “Flower of Orpheus” (where grows a beautiful flower with pink blossoms, sprung from the blood of Orpheus after the priestesses of Dionysus tore his body), the rock forms “The Elephant”, “The Head” and the “Silhouette of Eurydice”. For the fans of the mountain routes, Gela offers great opportunities for trekking to the nearby peaks. The relaxing walk among the Nature will allow herbalists to choose among the wealth of favourite floral representatives and the mushroom-gatherers to gather the most delicious mushrooms. 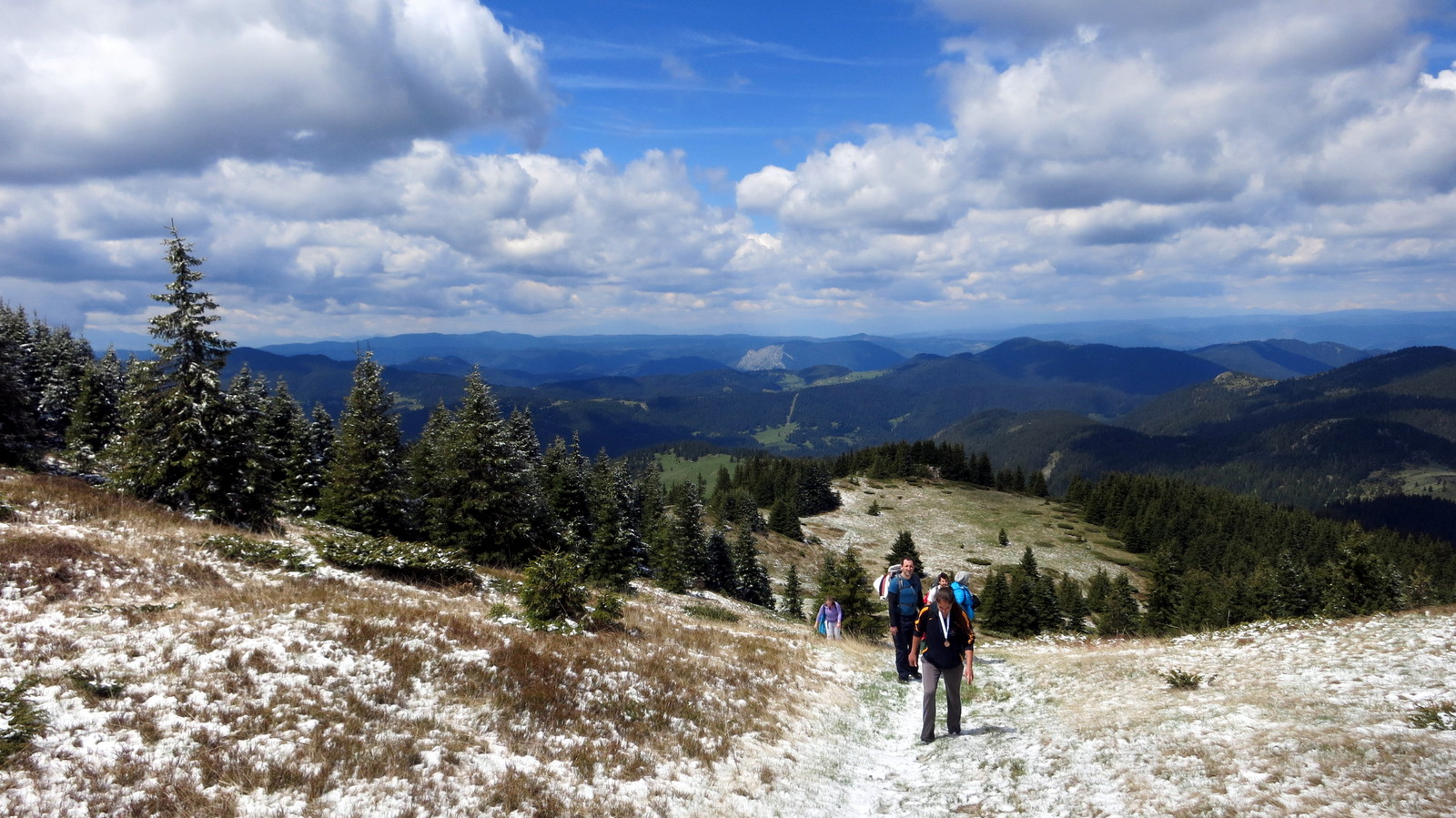 As for the landmarks inside the village, naturally the first place is taken by the religious buildings. Since the local population has managed to preserve their Christian faith during of the Ottoman slavery today you can see two Orthodox churches and four chapels around the village. The oldest church – “Holy Trinity” church has the most important cultural – historical significance. It was built in the early XX century on the place of the demolished in XVII century “St. Constantine and Elena” Monastery. The archaeological excavations in 1905 found that the monastery’s church was entirely painted in blue, indicating that the building was influenced by Thracian pagan cults. In the foundations of the monastery the local people discovered a grave of a senior Orthodox cleric in which, together with the body, were laid a golden crown and sceptre. According to the legends this was the grave of the last Bulgarian Patriarch – Euthymius. 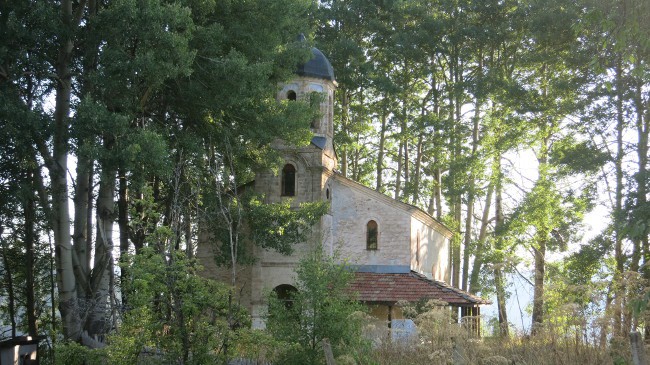 Each year, during summer, a National Bagpipe Festival is organized in the village. The Rhodope Mountains are famous worldwide as a unique centre of the bagpipers and bagpipe music and in the festival Gela, all of them can demonstrate and show their skills in front of everyone who came to enjoy the magic sound. Bagpipe festival annually attracts hundreds of the Bulgarian music lovers, tourists and professionals. If you decide to visit the village about this time, don’t miss this event, it fills with energy and love for music, the mountains and the nature. 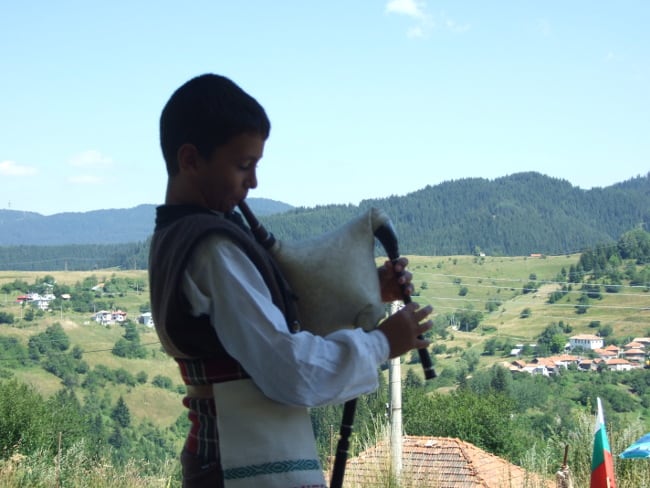 A Young bagpipe player in Gela