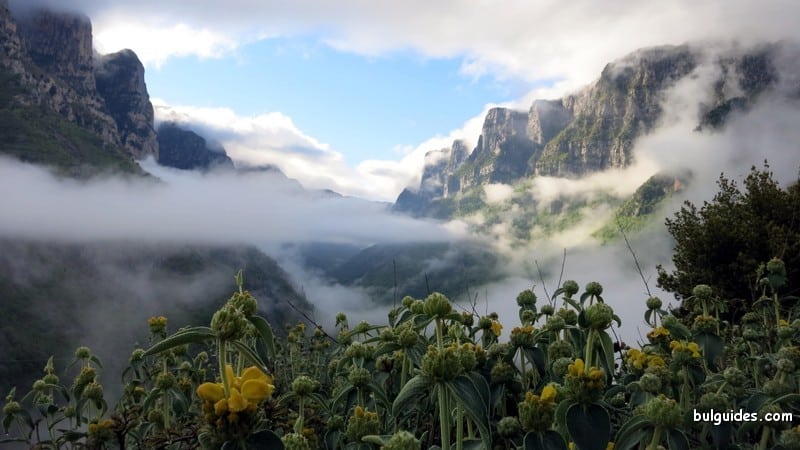 This was our second trekking trip to this impressive wild area located in Northern Greece (Northern Pindus Mountains, Zagoria area), very close to the border with Albania. We visited Tymfi (or Timfi) Mountains – considered as most beautiful in whole Greece, the Vikos Gorge, the famous Dragon Lake, home of the alpine newt, also many small stone built villages in the foot of the mountains and the town of Ioannina with its beautiful lake. A trip in this area is both natural and cultural experience – walking in the mountains and visiting the Zagoria villages around the so called Zagorohoria region.

Tymfi Mountains are part of the Northern Pindos (Pindus) Mountains and are located next to the second highest mountain range in Greece – Smolikas Mountains with their peak point Mount Smolikas (2637 m). The highest Greek mountains – Olympus Mountains, with their highest peak Mount Mytikas (2917 m) – are situated southeast of this area, close to the seaside. Tymfi itself grows up to 2497 meters with its highest point Mount Gamila. Tymfi is part of the historical Zagoria – an area of about 40 small villages with impressive architecture, famous with the preserved arch stone river bridges and old houses, also with the unique local customs and traditions. Tymfi is a protected area, covered by Vikos-Aoos National Park. The main hub to access the area is the city of Ioannina, located 260 km from the city of Thessaloniki and 460km from the capital Athens. 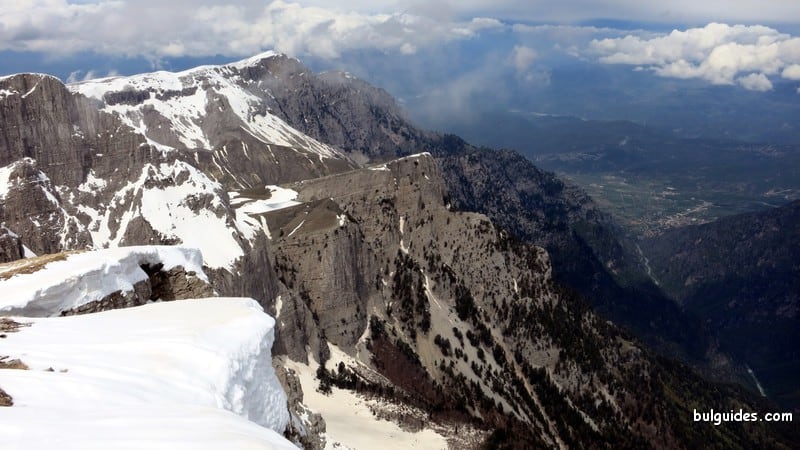 View from the top of Tymfi – the mountain and Aoos Canyon

Our second trip was in early May when the highest parts were still covered in some snow, the weather was cool in the valleys and changeable up in the mountain and the canyon was as green as one can imagine. The range is known for its harsh winters with significant snowfalls and hot and dry weather in the summer months – July and August.

Vikos is about 20 km long canyon, with depth ranging from 120 to 490 m. It is listed as the deepest gorge in the world by the Guinness Book of Records among others. This follows a somewhat arbitrary definition of a gorge that excludes deeper features such as Colca Canyon because of their greater width:depth ratio. The walk along the gorge takes about 5 hours, starting from the village of Monodendri and ending at Vikos Village. At the bottom of the gorge spring the crystal blue waters of Voidomati River. 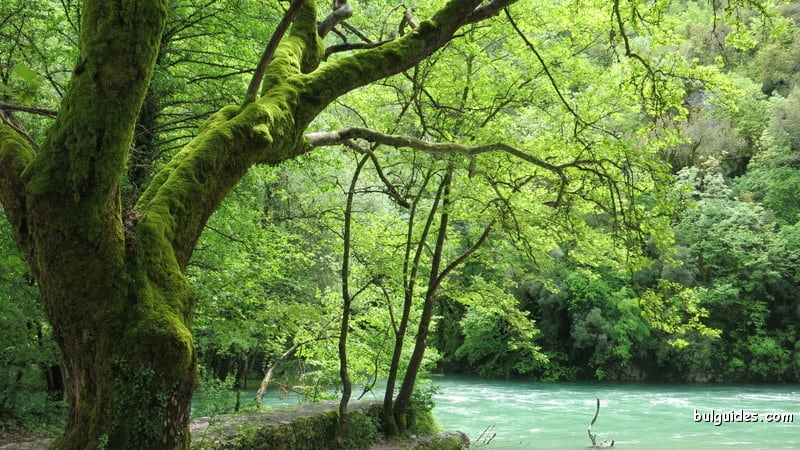 The springs of Voidomati River at the bottom of Vikos Gorge 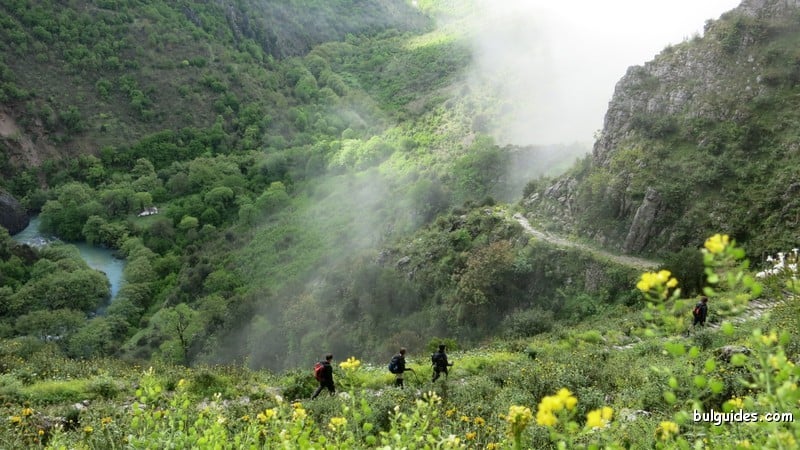 Climbing the highest peak of the mountain involves about 1600 meters uphill, usually with overnight stay at Astraka Refuge. The trail starts at Micro Papingo (950 m) and ascends approximately 1000 meters to the hut, located itself  on a col with nice views towards the highest parts of the mountain, the valley to the west and some other mountains in Greece and Albania – Gramos, Smolikas and Nemerecka. Astraka is actually the name of the peak south of the hut, which is part of an impressive rock formation. The whole massif of Astraka is popular for rock climbing and its west parts are seen from the villages at the bottom as jagged rock pillars, known as the Pillars of Papigo. 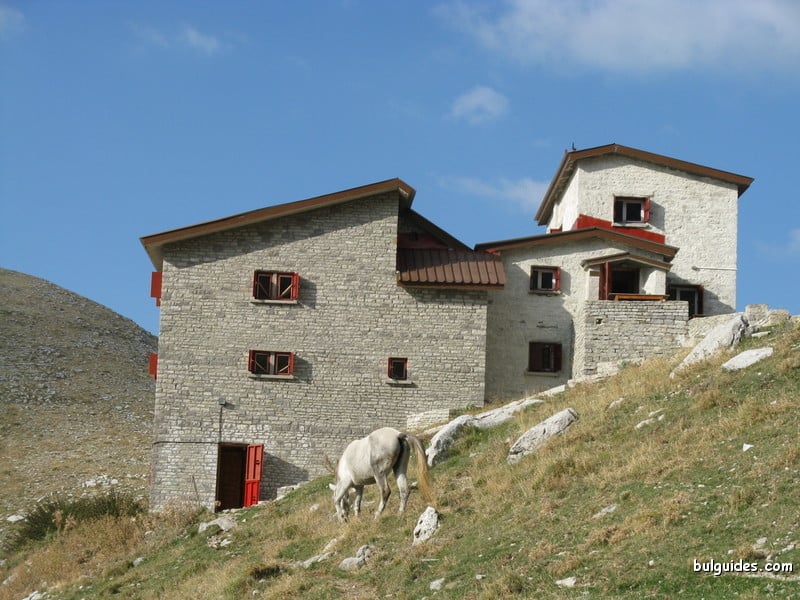 There is many different routes from the hut: to the famous Dragon Lake (or Drakolimni) – 1,5 hours, to the highest peak of the mountain – Mount Gamila (2497 meters), towards the town of Konitsa, the villages of Tsepelovo and Kapeshovo via Mega Lakos Canyon. 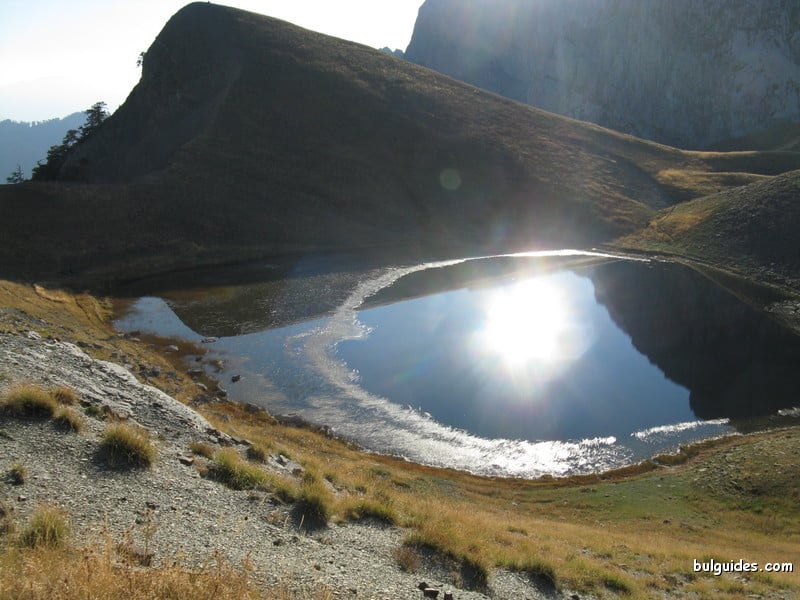 The Dragon Lake (Drakolimni) – the eye of the Dragon

The highest parts of the mountain are a karst area with little water sources and some vertical cave formations including the 406 meters deep Provatina Cave. Some of the caves bear names from the Greek mythology like Hole of Odysseus and Chasm of Epos. Most are located in the massif of Astraka peak. 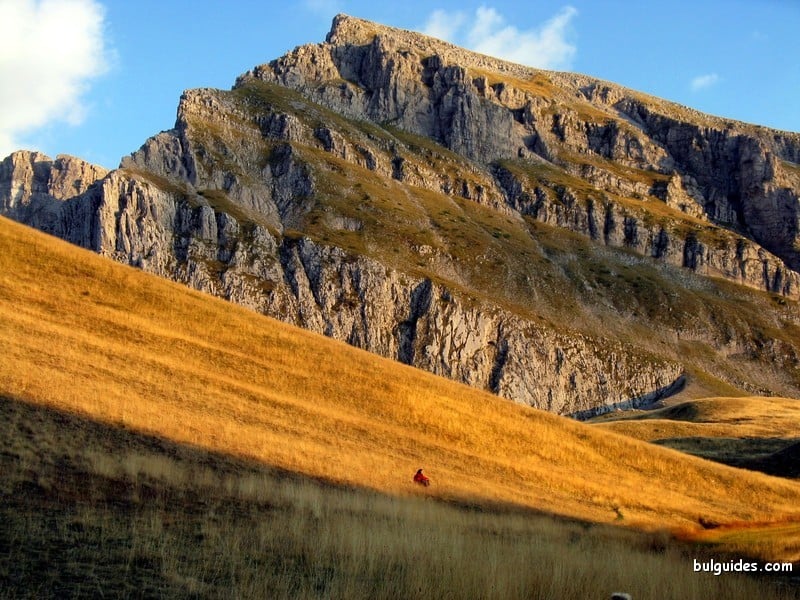 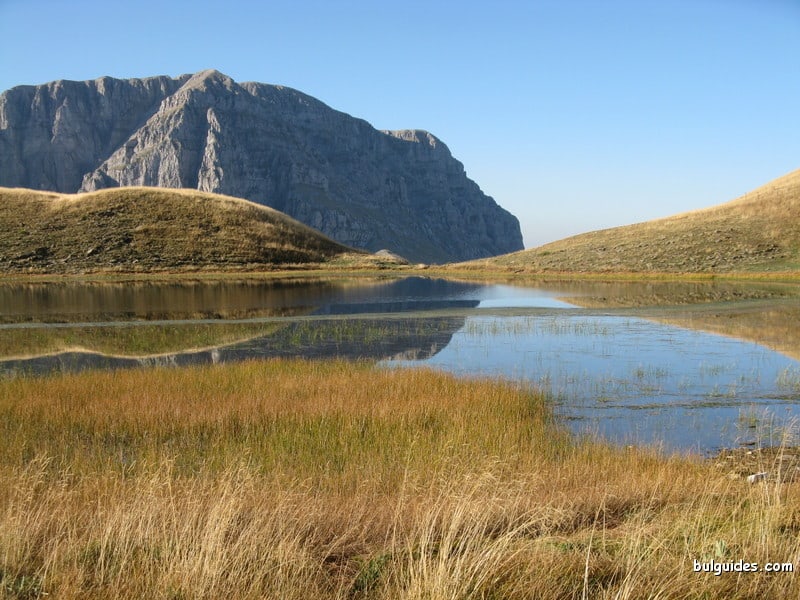 Mount Gamila is easily accessible from Astraka Hut. It takes about 2,5-3 hours walk from the hut, crossing the high mountain plateau and ascending about 550 meters vertically. Even with some snow on the trail (as on our second trip, first time we visited in September) ascending is not a problem. 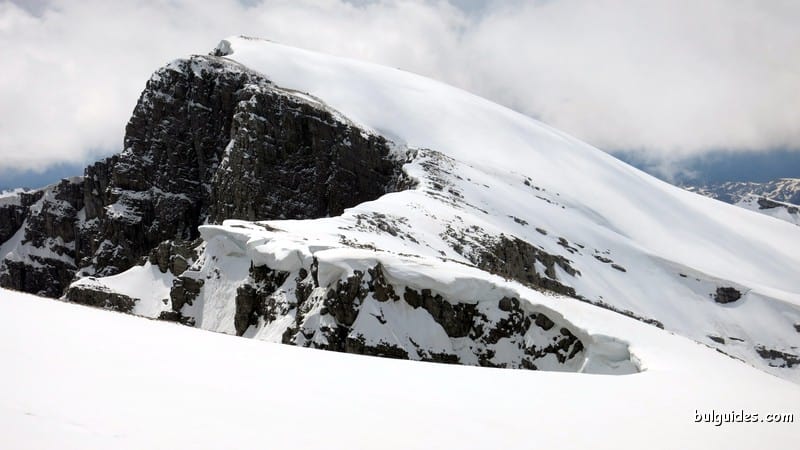 Of course the villages around the mountain should not be missed as their charm adds a lot to a trip in this area. 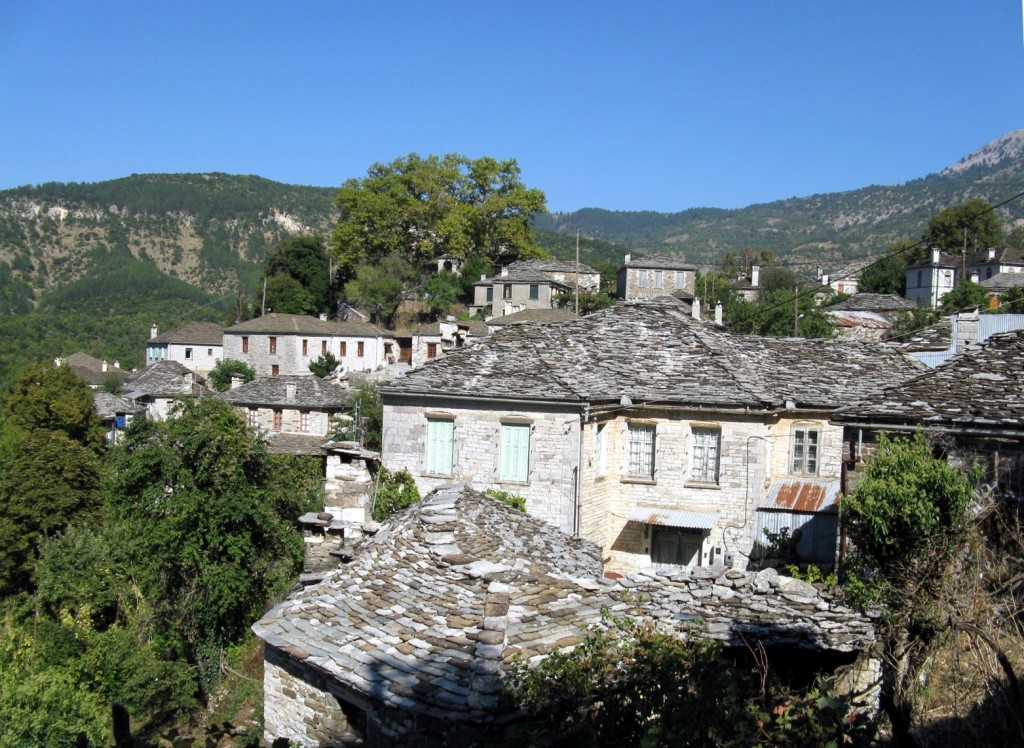 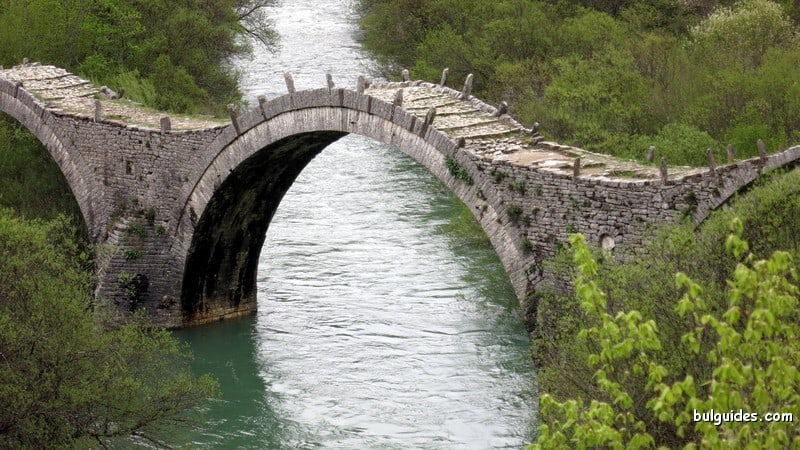 Map of the area: