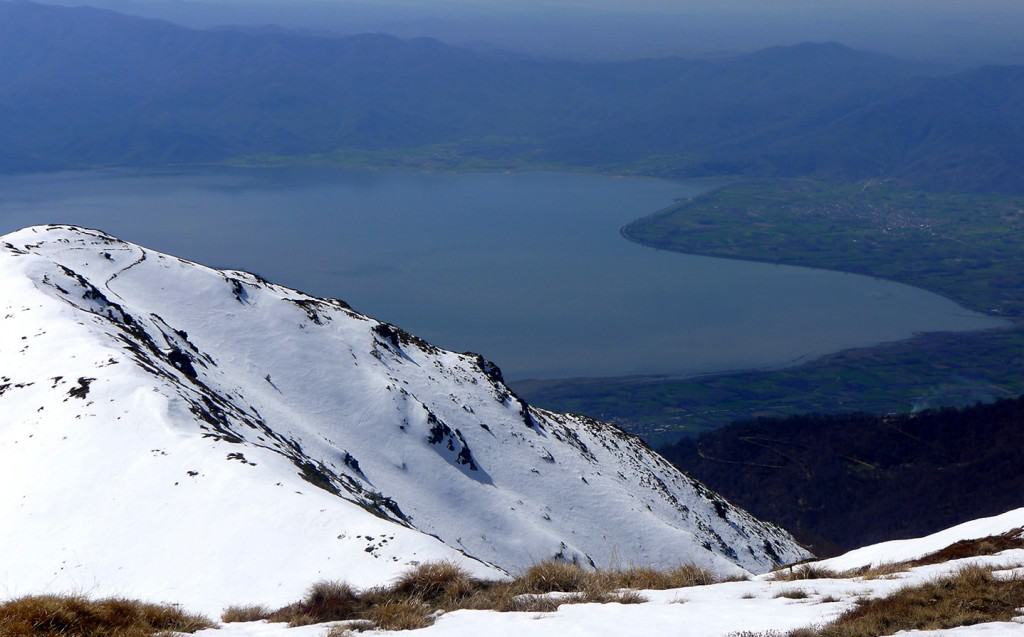 The southwestern part of Bulgaria is known by two particular features – the temperament of the people there and the presence of a six mountains in a very small territory. These mountains have one thing in common – they trace out the borderline between Bulgaria and its neighbors – Greece and Macedonia. There is spot where the three country borders gather – Tumba Peak (1880 m), the lowest one in the Belasitsa Mountains.

Belasitsa Mountains is a very interesting destination and not well-known to the masses. It’s not very large as a territory but it has seven comparatively high peaks, with Radomir Peak (2029 m) at the head. To every one of them leads picturesque and catchy hiking routes which make the mountain one of the desired places for walking tours. You need to pay attention to the fact that Belasitsa is a border mountain and there are restricted areas which require special permission. At the north slopes of the mountain there is situated a nature park, with the same name and the most of the walking paths pass through its territory. There are longer and shorter ones, suitable for different fitness levels. One of the shortest will lead you to a four beautiful waterfalls, named Kolarovo Waterfalls, just like the nearby village. The locals call them – Shy Waterfalls because they are so well hidden in the bosom of the mountains that it is almost impossible to find them. The most famous hiking tour is to Tumba Peak and it meets the hikers from Bulgaria, Greece and Macedonia every year in August as a symbol of the friendship between the countries.

The second mountain which marks the border between Bulgaria and Greece is Slavyanka Mountains (also called Alibotush). You will not find that name in any travel guide but it definitely deserves to be mentioned. As a typical border area, Slavyanka Mountains was a really hard for visiting in the past and maybe that is the reason for its preservation. On its small territory grow almost twenty endemic species and the forests of European Black Pine is one of the best preserved in the Balkans. The zone of mountainous grassland is dotted with Alibotush tea that in the Rhodope Mountains is called Mursal tea. Years ago there was a proposal the name of the mountain to be changed to Kitka Mountains because of its rich flora diversity. The larger part of the mountain is occupied by a biosphere reserve, named Alibotush (to the old name of the mountain). Along with the deer, wild boars and many other wild animals, here is one of the few places where you can meet a bear… so be careful. The ascent to the highest peak of Slavyanka Mountains, Gotsev Peak (2212 m), can be defined as the most exciting hiking route in this mountain. You can start it from two points – either from the village of Petrovo to Izvora Hut or from Slavyanka Hut. The duration in both cases is around 5 hours. Slavyanka is a part of the Bulgarian section of E4 – the international long distance path that stretches from Spain to Bulgaria across Europe. Read more here.

Going north, after Belasica you will reach the most southern mountain stretched along the border of Bulgaria and Macedonia – Ograzhden Mountains. In contrast to the other border mountains, this one is more accessible and more familiar to the tourists. The highest peak on the Bulgarian side is Bilska Chuka (1644 m). The best time for visiting is the early spring or the late autumn because the temperature then is not so high. The main starting points for the hiking on the Bulgarian part are the villages of Karnalovo, Pyrvomaj and Strumeshnitsa, where the asphalt roads leads up to the mountain. The relief of Ograzhden Mountains is very suitable for the practice of mountain biking because there are millions of paths for that purpose in the lowest part of the mountain. The most popular exit point of the bikers is the Samuil’s fortress – one of the most interesting sights at the area. This place is marks the end of the First Bulgarian Kingdom.

The Lebnitsa River naturally separates Ograzhden Mountains with its north neighbor – Maleshevska Mountains (Malesh Mountains). This natural Eden’s garden holds out all of the mountain activities that you can imagine. The great variety of hiking routes passes through two reserves – Tisata Reserve – where is located the larger natural habitat of Greek juniper (Juniperus excels) in Europe and Sokolata Reserve. Near the village of Gorna Breznitsa is situated an age-old Platanus forest and some of the trees are more than 300 years old. The most amazing and extreme part of the mountain is the Kresna Gorge – the wonderful canyon which separates Pirin Mountains and Maleshevska Mountains. The area of the Kresna gorge and that part of the Struma River are popular among fans of extreme sports. In the spring and early summer when the Struma River is deepest, the gorge is a favorite place for rafting and canyoning. 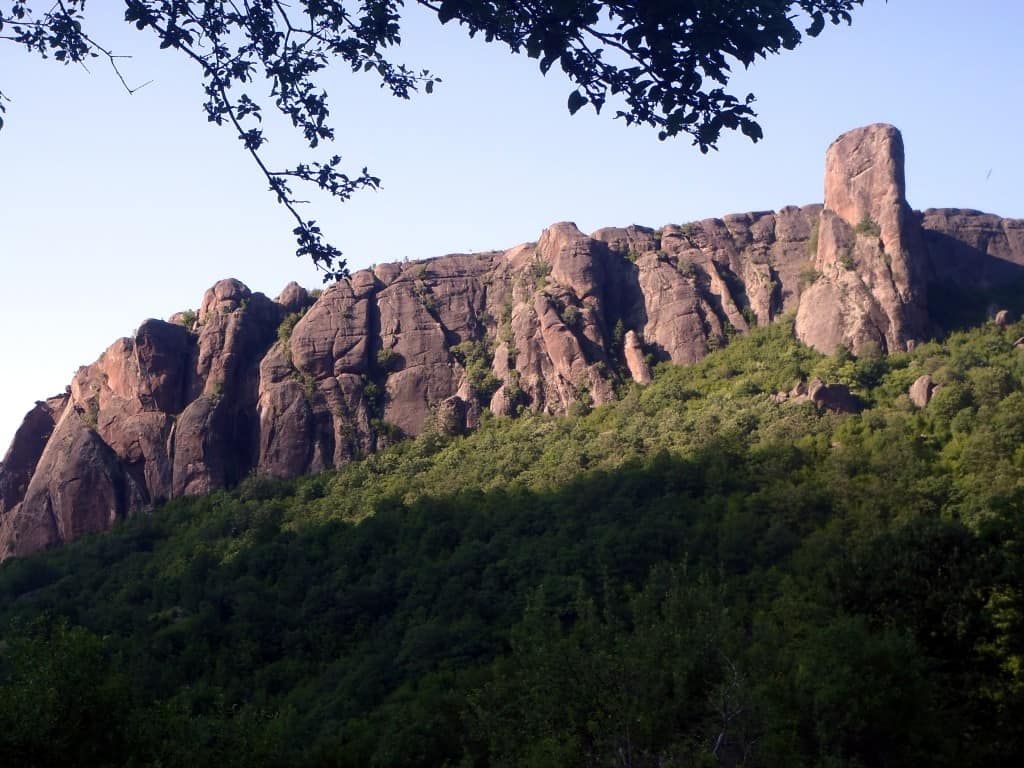 Vlahina Mountains is the mountain before the last from the line of the enigmatic border massif in the southwest Bulgaria. The larger part of its territory is on the Bulgarian side along with the highest peak – Ogreyak Peak (1924 m). If you decide to conquer it, the most convenient way is from the village of Sushitsa. It is very important to inform the border police so you can avoid further problems. The most remarkable wonder of the nature in the area are the Komatinski Rocks, a 40 million years – old massif, located 25 km from the town of Simitli.

Osogovo Mountains occupies the northern part of the Osogovo-Belasitsa mountain massif and it is the last border mountain between Bulgaria and Macedonia. It is ranked fifth highest in Bulgaria with Ruen Peak (2251 m) at the head. There are several marked hiking routes with different lengths and duration, some of which starts in the town of Kyustendil or in the villages around it. Starting points for Ruen Peak are Osogovo hut, Tri Buki Hotel or the village of Gueshevo – the duration of all is around three hours. The route is easily accessible and doesn’t have steep sections. It is suitable for bikes too. On the way to the top there are built two shelters – Beg Bunar (with fountain) and Ruen.