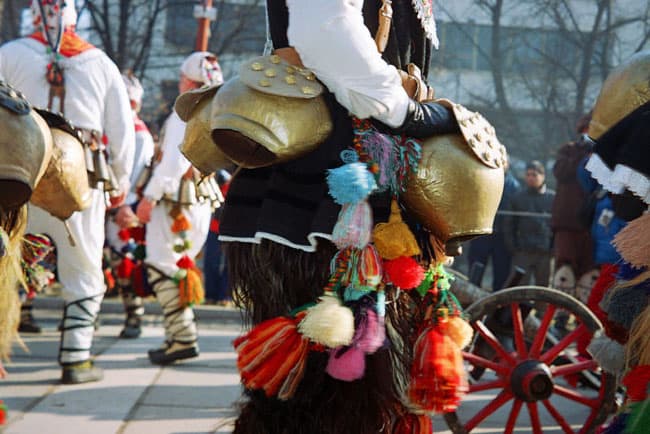 The mountains in Bulgaria are unique with their great variety of flora and fauna, pure rivers, high peaks and panoramic trekking routes. But there is something else, specific for the mountains and this is the music, born in their wombs. Bulgarian folklore is famous all over the world maybe because so many Bulgarians live abroad and they took this matchless part of Bulgaria with them. There are many festivals across the country, carried out and dedicated to the music but there are few of them which are famous not only in Bulgaria. 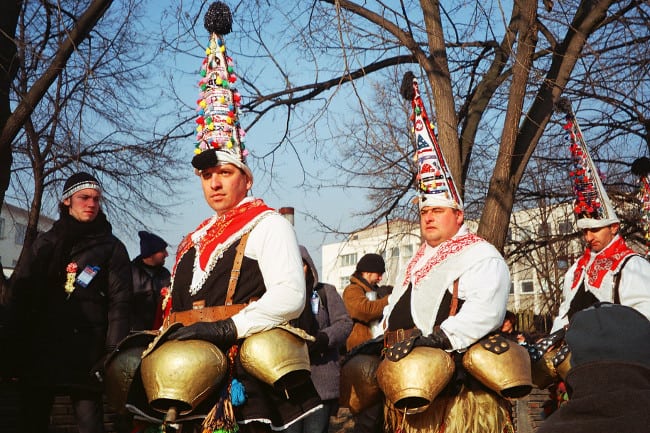 This year (2015), for the first time from nine years, in Rhodope Mountains was organized the festival of Rozhen, one of the largest and substantial in the area. The festival is holding on the Rozhen’s meadows, an area at the foot of the same name peak, deep in to the mountains heart. I don’t think that anyone, no matter Bulgarian or foreigner, can stop their tears, when the symbol of the festival – The Hundred bagpipes orchestra (Stote Kaba Gaydi), begins to play the Rhodope’s anthem, Bela sum, bela, yunache. This feeling is beyond description and makes you a part from this beautiful mountain and its brave people. The festival lasts three days, usually at the end of July or the beginning of August. It has over one hundred years of tradition. The first festival was organized in 1898 by the idea of father Angel Indjov – the priest of the village of Sokolovtsi. He urges his parishioners to honor all the saints of the Rozhen chapels on the Day of St. Panteleimon – July 27, at the chapel „St. St. Kirik and Julita „, where even today the festival is held down. Rozhen becomes a place where once a year relatives and friends can meet and share the joys and pains together. Imperceptibly these meetings turn into a nationwide singing competition, gathering singers of the unique Rhodope music. The Rozhen’s meadows are located very close to the one of the most famous Bulgarian winter resorts – Pamporovo. Very interesting landmark near the area is the largest astronomical observatory in Southeast Europe and the Balkans – NAO Rozhen, located at the Rozhen Peak.

A short film about 2015 Rozhen Festival:

As we are in the Rhodope Mountains, we can’t omit one of the mostemblematic villages, located only 16 km from Pamporovo Resort – the village of Shiroka Laka. It is one of the places where was born and developed the Rhodope song. Many of the most famous singers and pipers of the Rhodope folklore were born here. Proof of this is created in 1971, National School of Folk Arts which is one of the most famous in this field. There is a very noteworthy tradition in the village which you definitely need to see. Every year, the first week of March ends with a mummers fest, named Pesponedelnik. The large mummers monsters girded with wooden swords, painted in bright red, are dancing around the village, decorated with garlic, beans and peppers. On their waists hang bells and every leap makes them rattle and clamouring. They are playing and jumping through the yards to chase away any evil from the houses and people souls. All along the way they are accompanied with the sounds of the pipes and the voices of the singers. 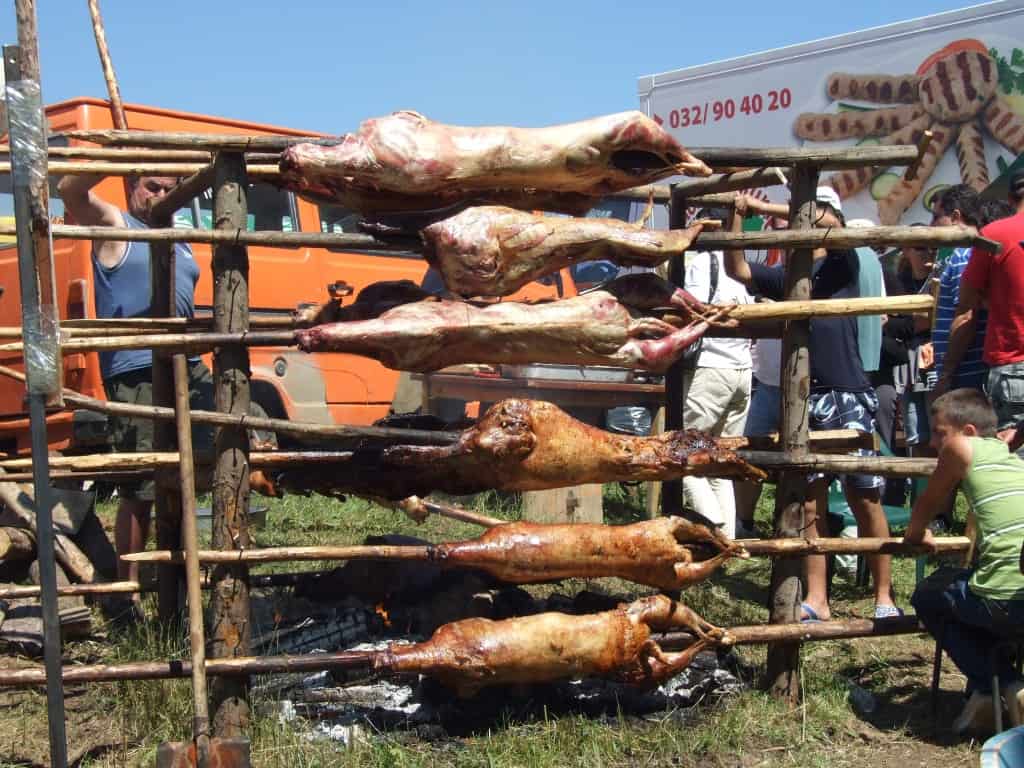 Very close to Shiroka Laka is situated another small but picturesque village, named Gela. Except with the outstanding nature, it is famous with the yearly organized compete in playing with pipes. Bagpipe contest in the village is traditionally held every year on the first weekend of August. The festival is takes place on the meadows to the chapel St. Elias, above the village. During the event all over the glades are revolving barbecues with lambs, on the lawn are stretching many-coloured rugs and the melodies of the bagpipes sounding late at night. 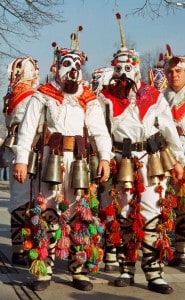 The Rhodope Mountains are not the only place in Bulgraia, famous with its festivals. If we take a west we will reach other beautiful mountain, named Pirin. Every year, in the beginning of August, at the fascinating area, named Predela is organized the world famous festival – Pirin Sings (Pirin pee). It was founded in 1962 and thanks to it today are saved many songs, dances, rituals and traditions. Right from the beginning in the organization of the event are involved eminent Bulgarian folklorists, ethnographers, choreographers and musicians. Over the time the initiative exceeds the amateur performances and became the scene of talent. The meeting with “Pirin Pee” is unmatched – magic, combining authentic folk songs, dances, costumes, rituals. Long, colorful ring dances are played around the green meadows of Predela in Pirin Mountains filled with the most beautiful Bulgarian songs.

There is a town in the Balkan Mountains where you can turn the time back to the most difficult part of the Bulgarian history, the Ottoman Slavery. In the town of Koprivshtitsa were born many of the bravest men in Bulgaria and here is initiate the most blooded rising, The April Uprising. This episode creates one of the most beautiful and sad folk songs in the country which can be hear till today. In every five years since 1965, in the town of Koprivshtitsa is organized a National Festival of Bulgarian Folklore. The festival popularize in an incredible way the Bulgarian folklore by collecting in one place singing and dancing ensembles from around the country. As a tradition, the fest is held in the Voyvodenets area.

Costume of a “Kuker”