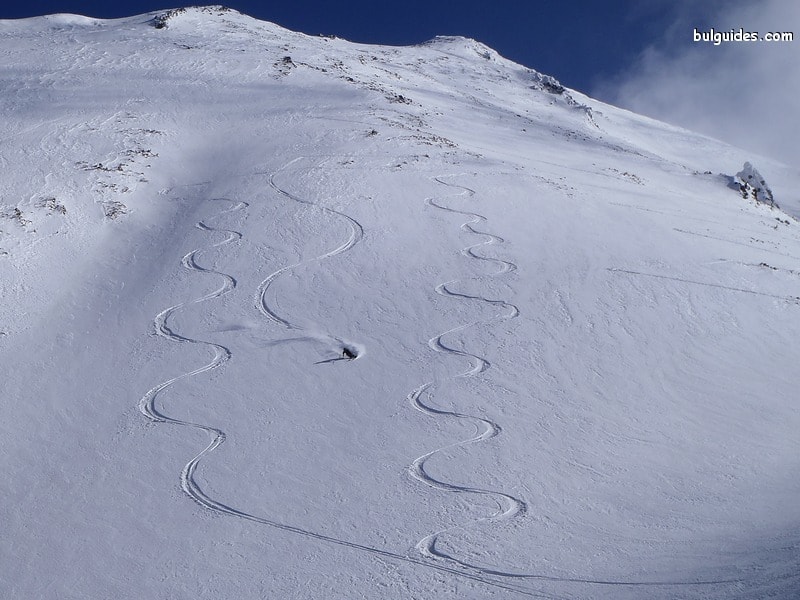 Rila and Pirin mountains in Bulgaria seem to be made for ski touring and ski mountaineering. Both are nearly 3000 meters high, with many peaks above 2500, and actually the highest on the whole Balkan Peninsula. One can find here all sorts of terrain – from challenging and steep ascents and descents to more gentle and rolling slopes. But for sure, no matter of the terrain, skiing in these mountains is very spectacular and a solitary activity – very few people would explore the back-country on skis in winter – comparing to the Alps, for example. 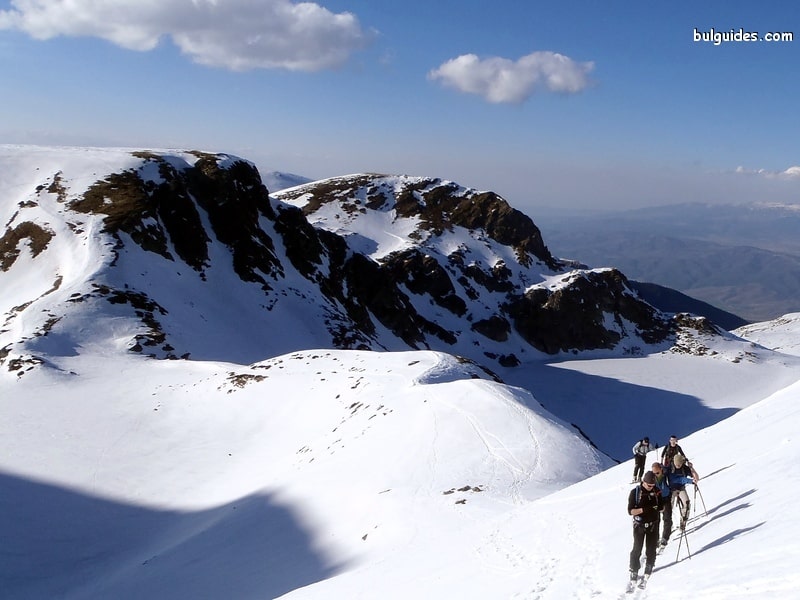 Winter season in Bulgaria starts from December until March-April, usually with best conditions for ski touring from February till the middle of April. At this period there is normally a good amount of snow in the mountains, days are longer and sunnier. 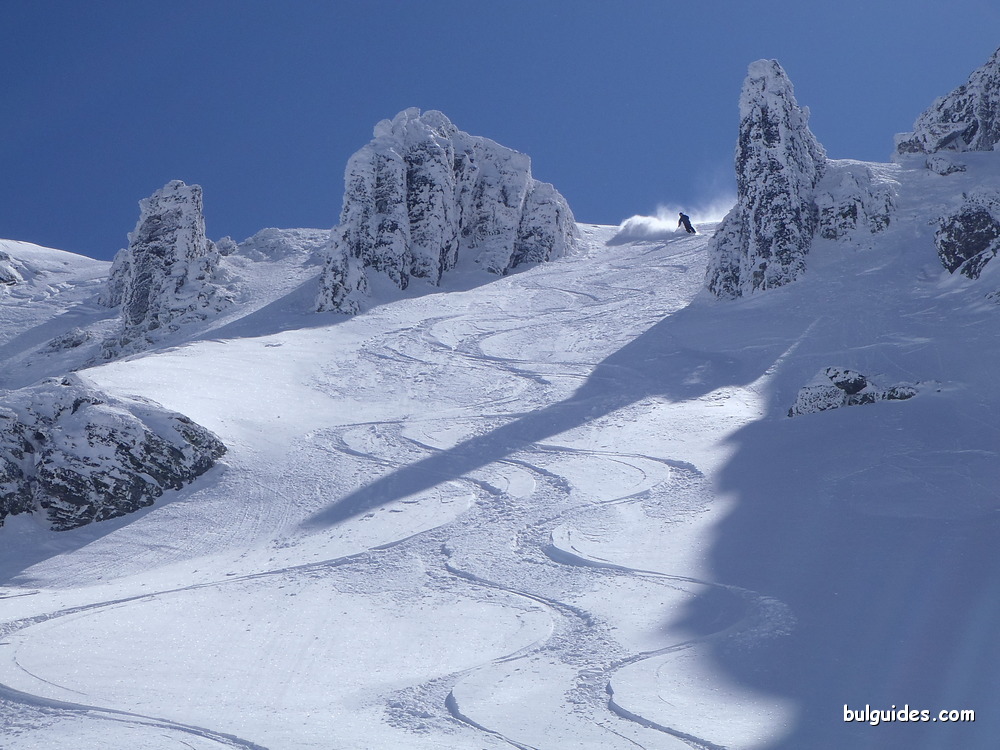 Starting point is usually the capital of Bulgaria – Sofia. Rila Mountains, which is the highest mountain range on the whole Balkans (Mount Musala, 2925 m), are located to the south, about 1,30 hours away. This is a protected area, covered by the largest national park in Bulgaria – Rila National Park. 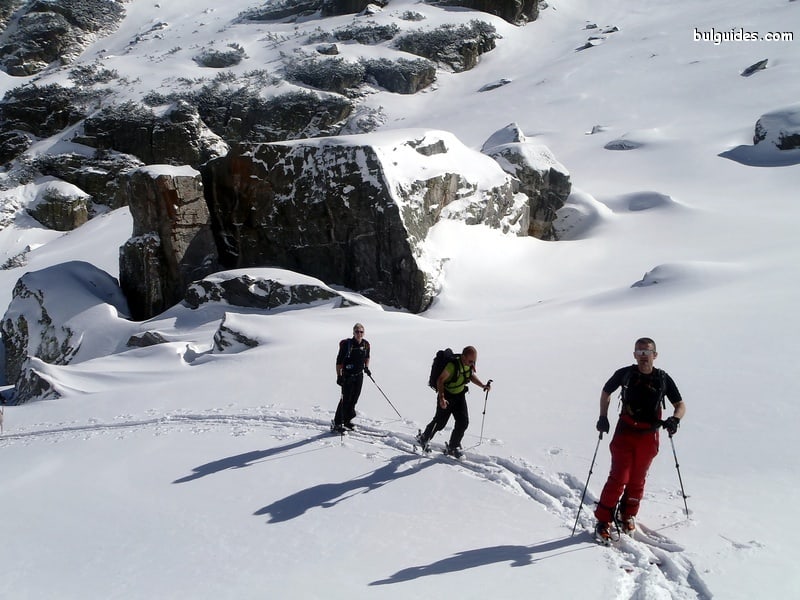 Main starting points are Borovetz – a large ski resort below Mount Musala, the Malyovitsa Valley and Panichishte – area located below the famous Seven Rila Lakes cirque. Day tours or a multi-day hut-to-hut tour are both possible, visiting the main areas and also Rila Monastery – the biggest in Bulgaria, established in 10th century in the heart of Rila Mountains. 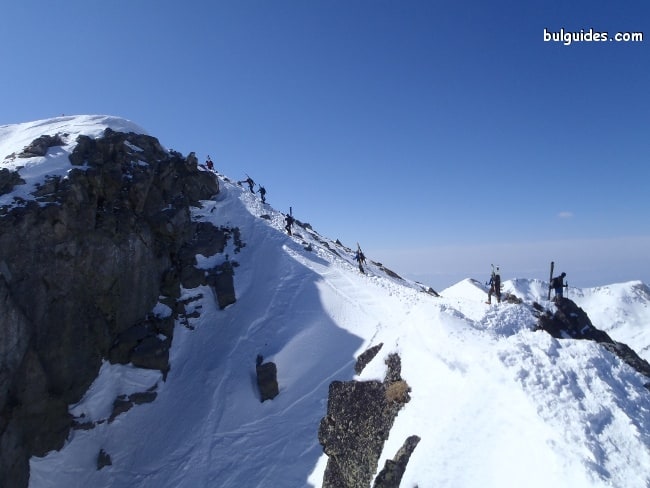 Pirin Mountains – considered as the most challenging mountain in Bulgaria with its rocky, steep slopes offers incredible terrain for skiing – long and relatively steep descents and spectacular views. These mountains are part of the same massif as Rila Mountains and stretch south of them, connected by a saddle – Predela Pass. Their proximity to Greece and the Mediterranean Sea influences on the micro climate – most sunny days among the mountains in Bulgaria and sometimes significant snowfalls coming from the south. This is also a national park with unique flora and fauna. 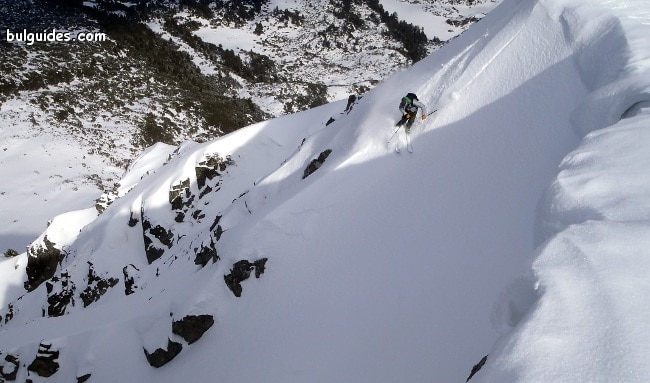 The main starting points are located from the north side of the mountain. Bansko, which is the most modern ski resort in Bulgaria, gives access to the highest parts of Northern Pirin – its highest point Mount Vihren (2914 m), Buderitsa Valley, Mount Todorka and many more. The village of Dobrinishte is below Bezbog ski resort – much undeveloped, comparing to Bansko, but with a lift up to 2240m that gives access to many high slopes – the area of Mount Polezan, Tevno Ezero Hut, etc. Both day tours or a few days hut-to-hut tour are possible in these mountains. We always visit the local thermal pools and the foot of the mountain after a skiing day.

We can offer  the standard week-long trips that combine Rila and Pirin mountains, with accommodation in nice hotels and guest houses close to the ski areas and day trips to the highest parts. The difficulty grade depends on the abilities of our group and can vary – between 500-1000 meters ascent per day, easier or more challenging slopes to ski down. We prefer to tailor made any itinerary and we need to know about your abilities and preferences first. 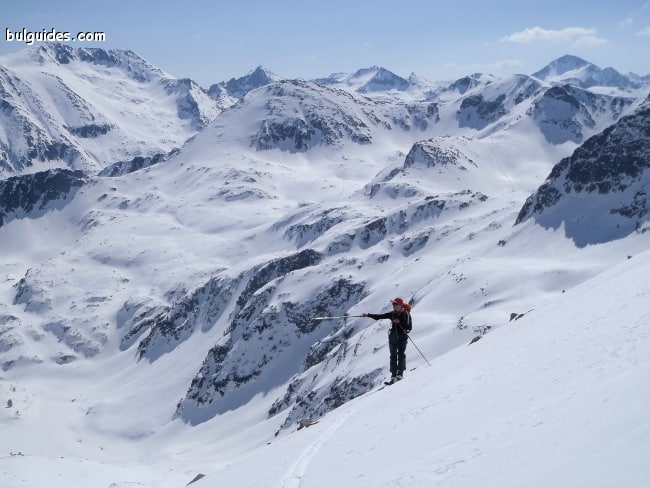 We can also offer multi-day hut-to-hut ski touring trip in the mountains of Bulgaria. That means we sleep in very remote places most of the time, we carry some of our supplies and may use local transport from one area to another. This is an adventurous, genuine and of course cheaper way to explore the country and the mountains, but be prepared for rustic conditions and some smell 🙂 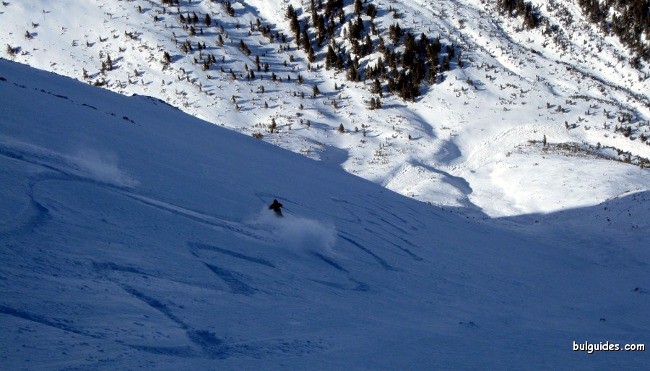 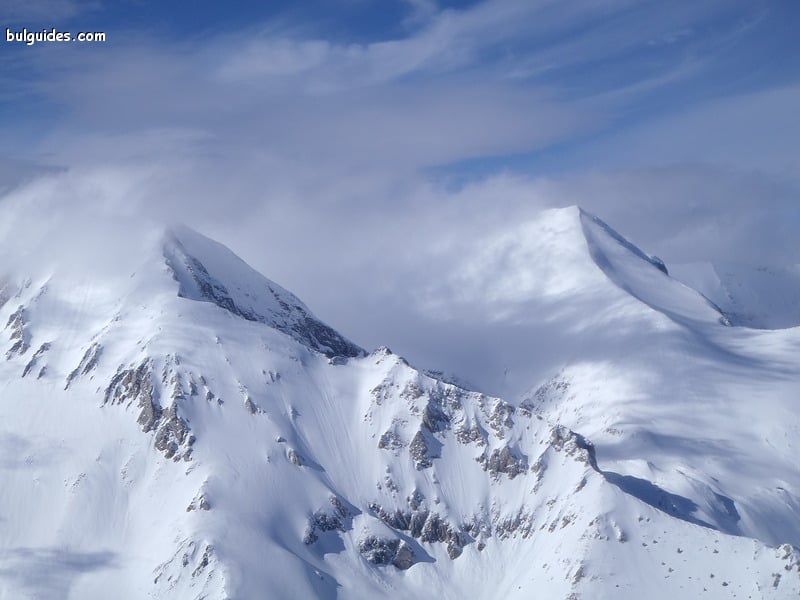 Check all our ski touring trips in Bulgaria.

We can also offer extensions to the nearby countries – areas we know and like to travel to in Macedonia, Greece and Romania.

We prefer to work directly with our clients and customize the programs according to their preferences, abilities, time of the year and so on. Please contact us for any further details. 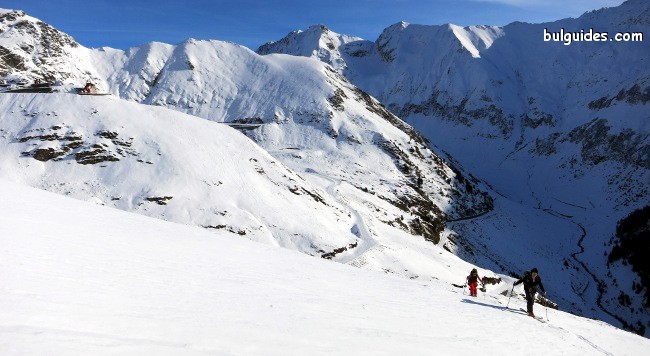 Take a look at this video – photos from ski touring and snowshoeing trips in the mountains of Bulgaria: