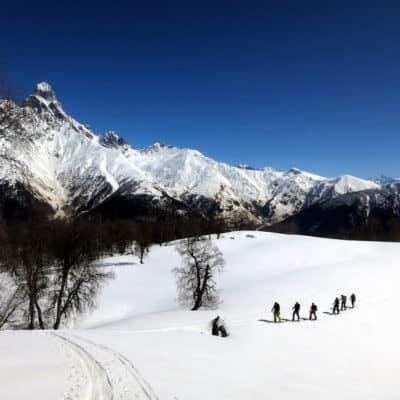 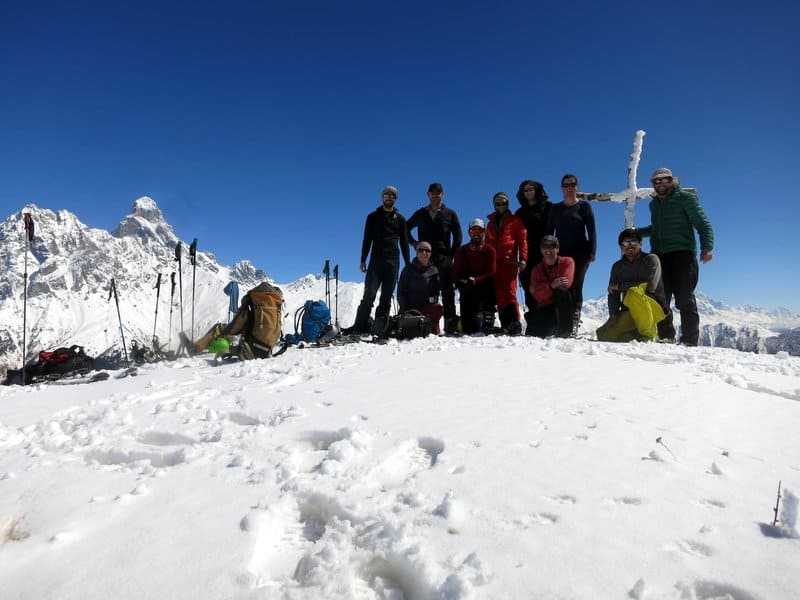 Day 1: Arrival at Kutaisi airport at 15.40. Drive to Mestia, “the capital” of Svaneti area in Caucasus Mountains – 4,5-5h. Welcome dinner

Day 2: Our first ski and travel experience in the Caucasus. We`ll be transferred by 4×4 machines to the local ski resort of Tetnuldi. Depending on the snow conditions and our preferences we`ll take the lifts for a 1st run to warm up or skin up to a nearby peak, than ski down to Zhabeshi village in both cases. Transfer back to Tetnuldi, we`ll get the chair lift up and ski down to the village of Adishi. Transfer to to the highest permanently inhabited settlement in the area – the village of Ushguli at 2200 m, accommodation.

Day 3: A full day in Ushguli area. We start straight from our accommodation with a day of ski touring along the border massif between Upper and Lower Svaneti that has a several valleys with peaks between 2900 and 3200m. The day starts with an entertaining ski run through the village to its lowest point where our ascent starts. A 1000m climb to one of the passes between Upper and Lower Svaneti . Ski back to Ushguli with an option for an extra climb. Accommodation in the same guest house in Ushguli. 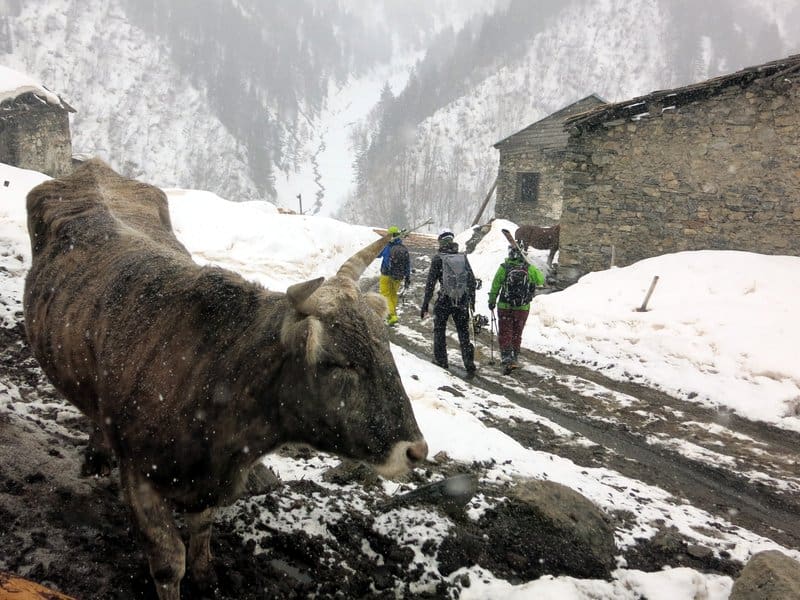 Day 4: A half day of ski touring and a transfer back Mestia. We will do another ski route right next to Ushguli – we will skin up the nearby peak that offers a 800m climb, with good skiing down and a stunning view towards the highest peak of Georgia – Skhara (5 193m ). Afterwards we head back to Mestia for a night back in civilization. 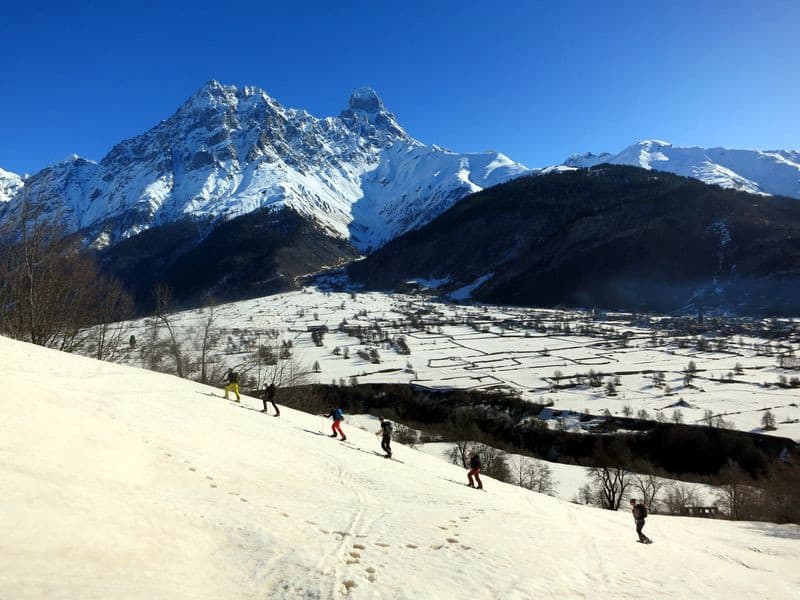 Day 6: We put the skins from the front door and climb the peak of Datsil (2578 m) and descent to the village of Etseri at 1500 m through beautiful breech forests. Short drive back to Mazeri, second night at the same place.

Day 7: Transfer to Kutaisi, a sightseeing walk in the second biggest city of Georgia. Final dinner. Accommodation in a hotel in Kutaisi. 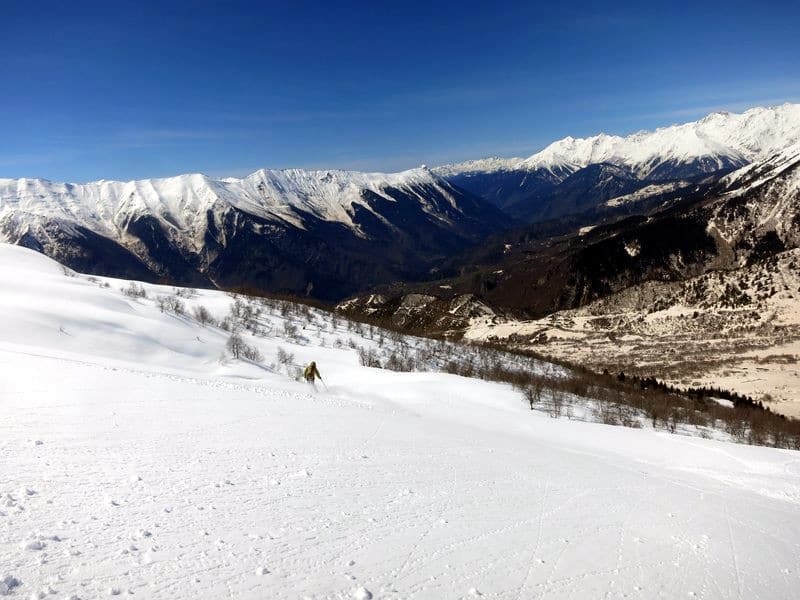 Skiing down towards Etseri village


Single room additional supplement – +130 EUR – please note that the number of single rooms is limited in Ushguli and Mazeri, so we cannot guarantee availability. 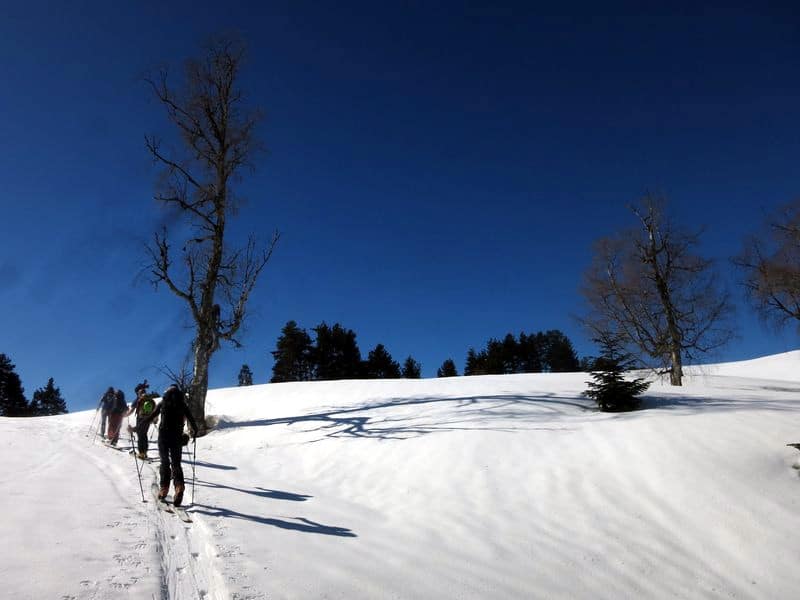