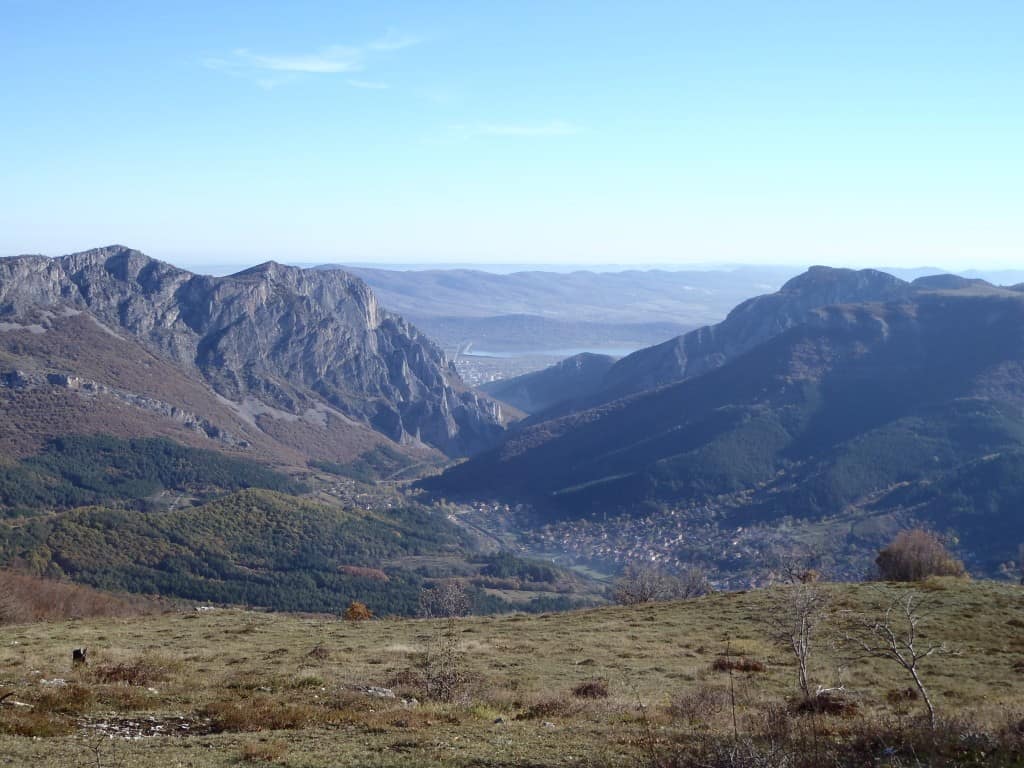 At the upper left corner of the map of Bulgaria, in the most western parts of the great Balkan Mountains are found some of the most fascinating landforms of the country. This is the mountain area of Vrachanski Balkan. The uniqueness of the landscape consists of a variety of rock crowns, rounded peaks, valleys, saddles and whirlpools, combined with the large difference in the altitude (from 200 to almost 1500 meters) and a great diversity of forests. It is declared as a protected area more than thirty years ago – Vrachanski Balkan Nature Park and occupies the greater part of the Vrachanska Mountains (or Vrachanski Balkan, Врачанска планина). The main town in the area is called Vratsa. It is the biggest settlement in Northwestern Bulgaria with some 60 000 inhabitants.

The Vrachanski Balkan Nature Park territory is extending in a large area – almost 29,000 hectares, and is filled with a wealth of animal and plant species. The main part of its territory is characterized by typical, classic open karst. This is the richest cave region in Bulgaria with more than 500 caves and chasms that have a huge role in the preservation of the cave life in Bulgaria and especially bats. On the territory of the Vrachanski Balkan Nature Park are marked sixteen tourist routes passing through various areas and landmarks. There are developed eight sightseeing routes and in every one of them are installed information boards connected with the theme of the route.

The combination of rock foundation and running water is the reason of the formation of more than 170 beautiful waterfalls on the territory of the park. Most of it can be seen only at the end of the spring because of the increasing melting of the snow. The highest impermanent flowing waterfall in Bulgaria (141 meters) – Skaklya Waterfall – is a part of the water wealth of the park. It is situated only 1.5 km south from the town of Vratsa. Near the waterfall, have been found remains from the medieval Bulgarian settlement, named Patleina. Every part of the year and every season are suitable for visiting. From the top of the rock reveal wonderful views over the town and field below. The waterfall is an intersection of some of the many tourist routes, crossing the park. They are with different duration (around 5 hours) and difficulty, but it is recommended to follow them outside the winter season. 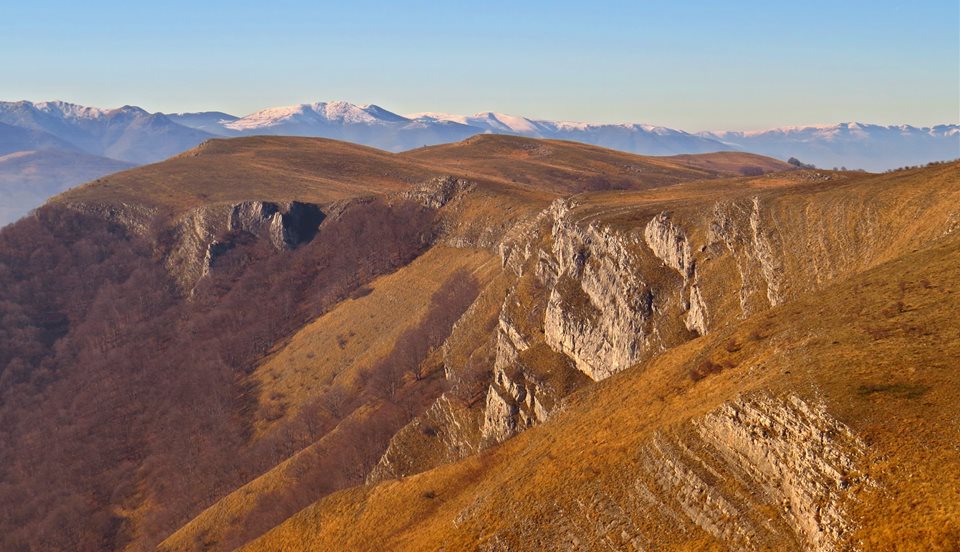 The slopes of Kobilini Steni Ridge

The so called Vrachanska Eco Trail will lead you to the other famous waterfall, named Borov Kamak (Pine Stone). Its name comes from the reach habitat of black pine in the area. The starting point of this walking route is in the village of Zgorigrad, located only 6 km away from Vratsa town. Wooden bridges, numerous stairs and railings, built on both sides of the river leads to the Borov Kamak Waterfall, which is 63 meters high. The path passes directly under the waterfall and ascends right to the wooden staircase. Above the waterfall is built an overview site, where you can relax, make a barbecue or just a take a walk along the ridge of the mountain. The fans of mountain biking can find the challenge of the mountain in three biking routes, traced in the area.

The perfect symbiosis between the water and the rocks has formed one of the wonders in the nature in this area – Vratsata. This natural landmark is a gorge, symbol of the town of Vratsa and directly connected with its name. Vratsata is magnificent and impressive rock massif, which sheer cliffs are among the highest on the Balkan Peninsula – over 400 meters. They are also the most popular rock climbing site in Bulgaria. More than 140 climbing routes with different difficulty are traced there, some of which are emblematic for Bulgarian alpinism. 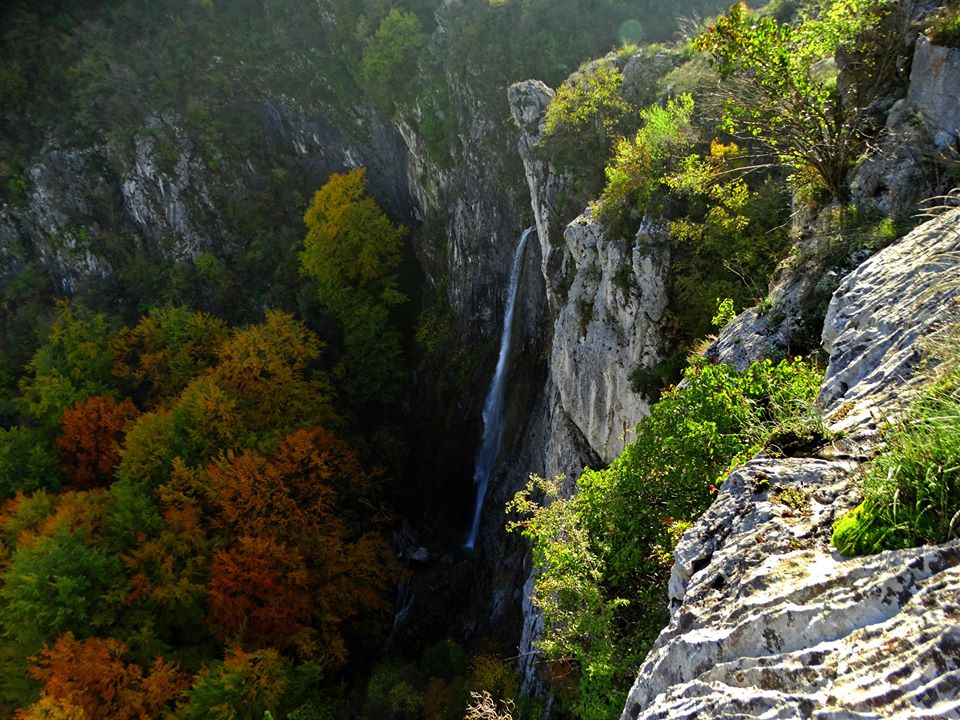 Here are located the remains of the medieval fortress Vratitsa (X – XII century) which you can see if you follow the round trail, built to show to the tourists the glory past of this region. The trail combines the presentation of cultural and historical heritage with a pleasant walk near the majestic cliffs of the gorge. The trail is built in Gradishte area, next to Vratsata pass where, according to historical records was founded Vratsa. In the second half of the IV century BC., in these places has existed a Thracian settlement. Its establishment is associated with the security on the road leading to the copper mines in the mountains. During the Second Bulgarian Empire the settlement was fortified with a wall and grew into a town centre. The trail acquaints the visitors with the accomplished excavations, the designation of individual sites and their historical and cultural value. The duration of the route is one hour.

Another interesting route, which begins at the right side of the Vratsata pass, is leading to the Ledenika Cave, one of the most visited caves in the Bulgaria. The cave is 320 meters long and has 10 halls. Its name comes from the exceptional ice decoration – ice stalagmites, stalactites and stalactones, formed in the first two rooms in winter. With its numerous formations, shapes and drapes, the cave is one of the most beautiful in the country. The most popular room is the Concert Hall. Annually there are conducted underground cave concerts.

With its diverse terrain, its proximity to the town of Vratsa and the many small settlements on its territory, Vrachanski Balkan Nature Park is one of the preferred places for outdoor activities and mountain tourism in Bulgaria.