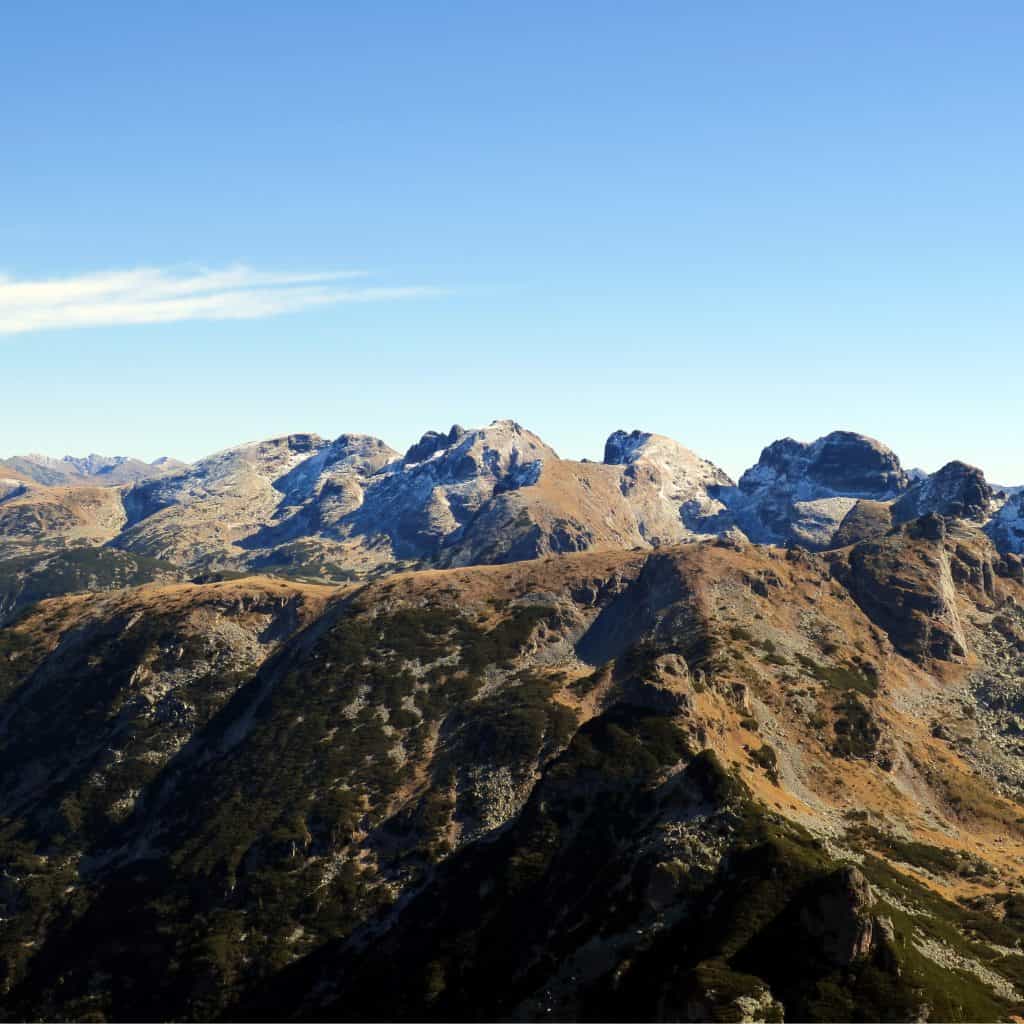 The old separation between the people who live in the mountains and those who inhabit the planes is expressed in a Bulgarian saying – “The field gives birth to pumpkins, the mountain gives birth to humans”. More than 1/3 of country’s territory is covered by mountains, located mainly in the central and the southwestern parts. No matter of its relatively small area, about 111 000 square km, Bulgaria offers a great variety of terrains, landscapes and climate. This is also presented in the mountain ranges – each of them has its specifics, unique combination of relief, landscapes, climate, nature and population. 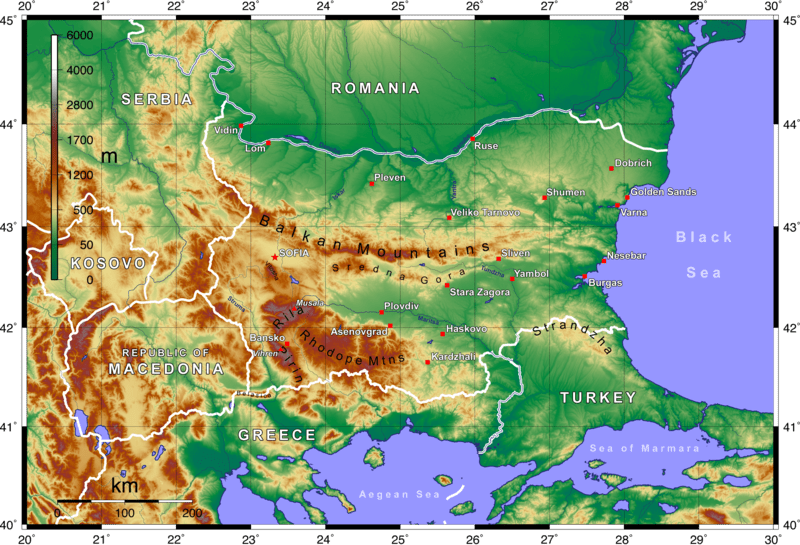 Balkan Mountains (or Stara Planina, The Old Mountains) are stretched as a line throughout the whole country from the west border to the seaside on the east. One of the things this mountains are famous for is that if one start to follow its main ridge he or she will eventually reach the blue sea after a long and difficult trek, crossing the whole country, with great views of the planes on both sides. Although not the highest in Bulgaria, the Balkan Mountains are notorious with the most fierce weather among the mountains in the country. This is determined of its role of a natural barrier between the cold continental climate of the north and the milder climate of south Bulgaria, affected by the Mediterranean air masses. The result is strong winds, storms and rainfalls in summer and snow blizzards in winter. But when the weather is good everyone can enjoy an amazing views walking along its high ridge. The name of the Balkan Peninsula originates from this mountain chain which highest point (mount Botev, 2376 m.) is named to a famous Bulgarian poet – Hristo Botev. One of the three national parks in Bulgaria, Central Balkan National Park, is placed in the central parts of Balkan mountains.

Rila Mountains are the highest not only in Bulgaria but in the whole Balkans. Another poet called it “The great Rila desert” not because of the landscape but the feeling of infinity and loneliness one can experience walking among its endless summits. Rila mountains are the sixth highest in Europe after Caucasus, the Alps, the Pyrinees, Siera Nevada in Spain and Etna in Italy. The highest point is mount Musala (2925 m.). Rila offers some of the greatest mountain landscapes in Bulgaria, combination of high summits and glacier lakes, and is suitable for a few days long treks and snowshoeing trips in winter. Here is established the biggest national park in Bulgaria – Rila National Park. Rila Monastery – the biggest in Bulgaria – is situated in one of the mountain’s valleys.

South from Rila Mountains are situated Pirin Mountains with highest point Mount Vihren (2914 m.). The shape of its ridges is sharper and the colors are different, dominated by the white and grаy shades of the rocks. There is more obvious prints of the work of the glaciers long time ago – deep cirques, valleys and dramatic nature landmarks, like the so called “The Foal” – a very tiny part of the main ridge which tourists cross on their way through the mountain. There are also many deep blue glacier lakes at the bottom of these cirques followed by hundreds-of-years old conifer forests in the lower parts. This range is closer to the Mediterranean sea which determines more sunny and warm days per year comparing to the other high mountains in the country. Pirin National Park is established to protect the nature in these territories, home of the brown bears, wild boars, chamois and other interesting species.

East from Rila and Pirin are Rhodope Mountains – the largest mountain range in the country. With milder slopes, placed closer to the sea, these mountains are more welcoming for the people so they were populated from an old time. First by the Tracians, ancient tribes that inhabited these territories and left lots of remnants, then Romans build their amazing roads to cross the mountains on the way for their conquers. Rhodope Mountains were the traditional shepherds summer pastures for ages, offering plenty of food for the animals and an easy access to the areas with a softer climate near the Mediterranean sea when the snow falls. There is still lots of villages and small towns throughout the area and this gives a great chance to combine hiking and staying in places, where you can get familiar with Bulgarian traditions, try the cuisine and see everyday life of the people from the countryside. The Rhodope Mountains with their huge network of dirt roads and trails are suitable for cross country biking and horse riding trips.